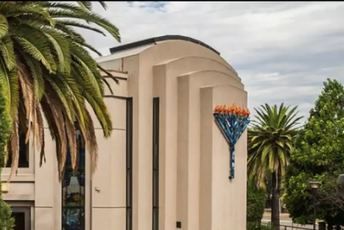 WE STAND WITH SAN DIEGO AND THE CHABAD SYNAGOGUE

As you can imagine, I am devastated by the horror of the shootings this past Saturday on the last day of Passover, at the Chabad synagogue in San Diego. Friends and members of AJT are there - Phil Johnson and Marni Freedman actor/playwrights of a "Jewish Joke" that I in Chicago and Louisville and the St Louis New Jewish Theatre, recently produced - and I have close relatives there. There is a saying that "all of the people of Israel are responsible one to the other." This applies to all who join with us as a culture and who celebrate Jewish identity through theatre, be they practicing Jewish or not.

Jonathan Greenblatt the chief executive and national director of the Anti-Defamation League said, “This was a pointed attack on Chabad, on the visible Jewish community here, and this is a collective attack on all Jewish communities — this is anti-Semitism unleashed,” Mr. Greenblatt said. “In a pattern where prejudice is minimized in an environment where intolerance is trivialized and when prejudice becomes politicized, we shouldn’t be surprised. The shooting is part of a pattern of deadly extremism."

Our hearts therefore go out to all who are experiencing these extreme forms of hate and violence including: the devastating bombings on Easter in Sri Lanka; and the New Zealand slaughter at the Mosque (evidently an influence on the shooter in San Diego) and others. We live in both a closer world than ever and (maybe due to that) in a world that is in need of repair in the face of anti-Semitism, racism, homophobia, Islamophobia and xenophobia. Thank you all for doing what you do and spreading Jewish culture. I value you all so much. 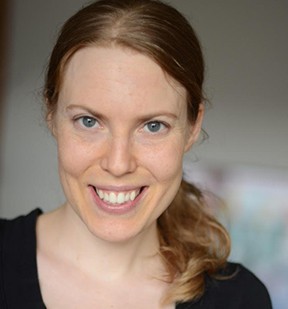 Deborah Yarchin's play "the calm before” is featured in the March/April edition of The Dramatists Guild, as a 2017-2018 DGF Fellow.

I explore Jewish themes in some of my work, in part, because Reform Judaism was a part of my upbringing. My parents met at a Jewish singles group. I had a Bat Mitzvah – but as an adult, I practice Judaism culturally. I think of the theatre as another way to practice Judaism culturally. Also, much like Talmudic thinking, great Jewish theatre leads to the best resolutions – more questions instead of answers. And that’s the kind of theatre that sticks with me.

I’ve noticed that a lot of times characters in my plays transform religious Jewish rituals and traditions to serve secular purposes.

My play The Man in the Sukkah is a southern gothic drama set on a former plantation in rural South Carolina. In the play, Elaine, a Jewish woman, takes in a Jewish foster child, Aviva, 14. Aviva rebelliously uses Sukkot to avoid her foster parents by living in their yard in a sukkah. The sudden appearance in Aviva's sukkah of a mysterious man from Elaine's past sends tremors through their lives. I developed The Man in the Sukkah with Jewish Plays Projects and recently with Theatre Ariel through their 2018-2019 Salon Series. An excerpt of the play was also presented at AJT’s 2018 Conference in Philly where I was a Theatremacher Fellow.

I’m also working on a play And You Shall Be A Blessing, about singer/songwriter Debbie Friedman. The play uses Debbie’s songs, in part, to tell the story of her life.

In 2017, I had a lot of success in the Twin Cities with a one-woman show, A Pickle, based on a true story. In A Pickle, a woman takes the Minnesota State Fair up on a diversity issue when they reject her kosher dill pickles. The piece was described by one reviewer as “a thought-provoking examination of prejudice, wrapped in some serious comedy.” It sold out the Minnesota Fringe, was included in the Twin Cities Jewish Humor Festival, and won the Minneapolis BroadwayWorld.com Award for best original/new work.

My play Preservation is a 2019 finalist/winner for Jewish Ensemble Theatre’s JETFest and won the Women in the Arts & Media Coalition’s 2019 Collaboration Award. Preservation focuses on what happens when protecting the dead comes at the cost of the living. While the specific story could have taken place in any culture, it was loosely inspired, in part, by a famous singing rabbi who has been accused of sexually assaulting a number of women.

At the end of the day, I think a lot of why I write Jewish plays comes down to the fact we write what we know. And we also write what we don’t know. Judaism for me provides a compelling mix of both.

I’m excited to join AJT’s community. You can read more about my work at DeborahYarchun.com. 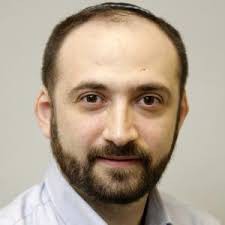 CATCH UP WITH YONI OPPENHEIM

I am the Associate Producer for the live taping of two episodes of the TV show "Theater Talk" featuring theater critics from The New York Times and other outlets at the New York Public Library for the Performing Arts at Lincoln Center. The sold-out event is on May 7th and episodes will air on PBS the week before the Tony Awards.

Hank Kimmel and David Chack had a flurry of activity recently in New York City. Hank visited with AJT Member Michelle Slonim, a comic performer extraordinaire. Here they are (with friends) at The Friar’s Club where Michelle had a gig; and Hank attended Ira Fuchs’ show VILNA.

Hank then joined David at the famed 92nd St Y and David had a dialogue at the Conney Jewish Arts Conference on "Artists Facing Anti-Semitism" with Emmy and Obie award winning actor and writer Judy Gold. 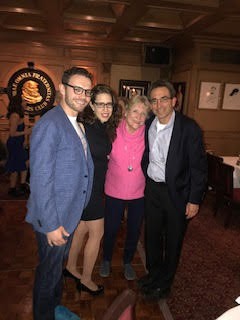 At The Friar’s Club, with friends, where Michelle had a gig. Hank far right and Michelle second from left. 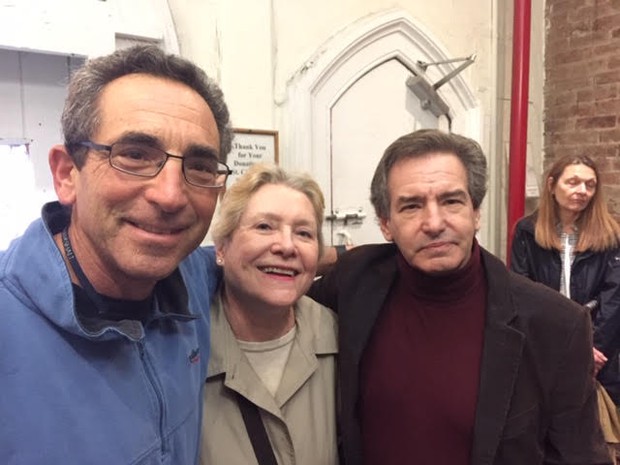 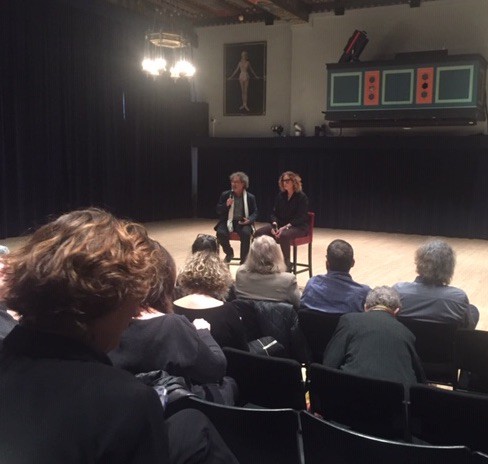 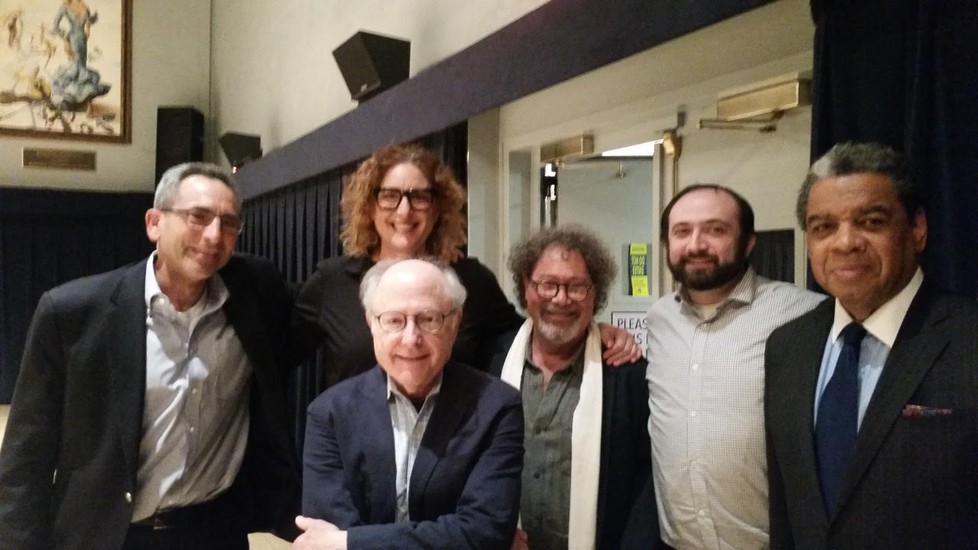