Hong Kong left Chinese control and became part of the British Empire in 1843 as part of the Treaty of Nanking which ended the First Opium War between Britain and China. It stayed under British control for 156 years, and was finally turned back to China on June 30, 1997. 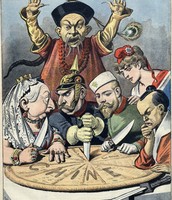