Lighthouse is using Smore newsletters to spread the word online. 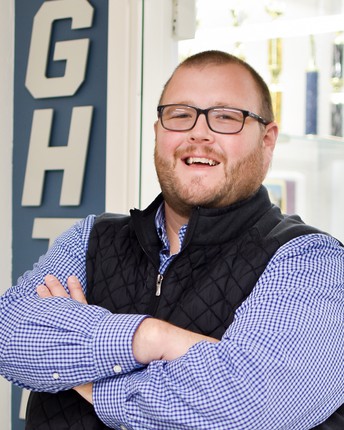 I have some personal news to share with you today. I will be leaving Lighthouse School for Gifted and Insatiable Learners at the end of this school year to pursue other opportunities. Although I am leaving, Lighthouse will always loom large in my mind and fill my heart.

Nine years ago, while working on my Master of Arts in Education at Hamline University, my very first professor, Dr. Keilty, suggested that I work at the school he founded, Lighthouse School for Gifted and Insatiable Learners. I was very flattered, but replied, “No thanks, I am an orchestra teacher.” He continued to check in with me until I agreed to visit for a day. On that visit day, my love of this great school began. I saw students engaged in deep conversations about the French Revolution, a 3rd grader expounding the known and unknown intricacies of dark matter, and a young pianist playing music by the masters at a very high level. I felt like I had found “my people.” To this day, many of the faces have changed, but the discussions and deep dives continue.

I am proud of our Lighthouse learning community’s work during the nine years I have been here. During this time, we have continued to learn what it means to be gifted, asynchronous, and intense learners. We have continued to help students find their strengths rather than dwell on their deficits, and we have maintained an amazing culture where being gifted shouldn’t be a secret (please see Jim Delisle’s Poem below).

I truly wish to thank everyone in this community for your support and kindness, and for pushing me to do my best for our Lighthouse community. I am proud of our work together!

Lastly, I know that I am leaving Lighthouse School in the best hands possible. The Lighthouse team is second-to-none. I have learned so much from everyone on this team and will truly miss their dedication, know-how, and collegiality. I trust that they will manage the planning for this transition amazingly well. Thanks Lighthouse Educators!

As always, thanks for entrusting your child(ren) to the Lighthouse School for Gifted and Insatiable Learners,

This poem, which I was introduced to by the author at a National Association of Gifted Children conference, originally appeared in the 2001, Spring edition of Understanding Our Gifted.

It used to be, when folks were bold

And words weren’t minced, and truth was told,

That people spoke a common tongue

They used a term we all once heard,

For if you do, you will have drifted

To a place of ill repute

There’s such a thing as a higher state

Of mind, of heart, of depth or rate

Of thinking, feeling, knowing, being,

These “g” word critics have lost their balance.

They think that “gifted” equates with “talents.”

Away! Away! They say to gifts

All children to a common place

Where people do not have to face

The truth, that some have deeper thoughts

Than others, not by plans or plots,

To use their wits and thus, have gained

A higher ground of greater knowing,

A deeper depth, a profound showing

These children, who’ve become a part

Of a world that’s known right from the start

That some are gifted, in both mind and heart.

Sadly, though, too few take heed,

They spout “All children can succeed!”

But when did it become so bad

To use the “g” word to define

Those able few whose intact minds

‘Tis not a question of right or wrong,

Or better than, or me ‘gainst you.

”But I know that the gifted, too,

Have special needs” we must now say

For if we don’t, they’ll go away

To a place where “gifted” equates with “bad.”

For when all are treated just the same

In this “multiple talents” or “inclusion” game

Then no one need be tagged or labeled,

Pushed far into the deep, dark past,

For the gifted (shhh!) have always been

They always shall, for it’s no sin

To be smarter than some, more able than most.

My dream? To someday serve as host

Of a feast where famous athletes talk

Of that new sensation, the “knowledge jock,”

And swim for miles in big, deep pools

Of learning, hoping that others see

That knowledge jocks. Yes, they deserve to be

Applauded and cheered, as their minds are set free.

And if it should happen that this day should come,

I’ll lead a parade with a big, bold bass drum

With a rat-a-tat loudness that gives out a cheer

That the gifted are with us, they‘ve always been here.

They won’t go away, never will, never can,

So let us just hope that each woman and man

Will embrace the idea “It’s OK to be smart.”

And my idea of a good place to start?

And make it a good term, for it truly does matter

That the “Shhhing” end soon, so our children can know

Vaccines available for people 12 and older

The Pfizer vaccine has now been approved for Minnesotans age 12- through 17-years-old. Students in this age range can get vaccinated for free at state sites that have Pfizer vaccine available: Bloomington (Mall of America), Saint Paul (Roy Wilkins Auditorium), Lino Lakes, and Oakdale. Local vaccine clinics are also emerging across our community. You can talk to your child’s health care provider, visit the state’s Find Vaccine Locations tool, or go to Vaccines.gov to search for providers administering Pfizer vaccines.

COVID-19 testing will be available to students in grades 6-12 through school every two weeks through the end of the year. If students/families want their student to get a COVID test through school, students can pick up a testing kit from the school health office on Friday, May 21 and return it to the health office on Monday, May 24. Results are available within 24-48 hours of the test being returned.

We will continue with our health and safety efforts here at school through the end of the school year (15 days).

We are expecting updated guidance from the CDC in the next few weeks for next year. We are excited and looking forward to the day when we can see more smiling faces – not just eyes – and return to normalcy at school.

Please continue daily health screenings before sending students to school. If your child has any symptoms, they need to stay home. We are all tracking news of variants and their spread. We ask that everyone remain diligent to help keep learning going at school with as few interruptions as possible. 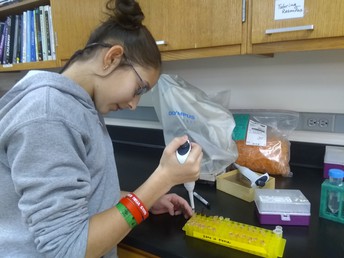 Lighthouse School 8th grader Elizabeth Levinshteyn has earned serious science fair accolades this year for her project developing a test to detect mutants of the SARS-CoV2 virus that causes COVID-19. A lifelong love of science has since led her to win multiple awards in science and engineering fairs for various projects. #SLPPantherProud

Hear more from Elizabeth about how her passion for science started and what inspires her to stay curious and keep experimenting: https://bit.ly/2RSu5WT 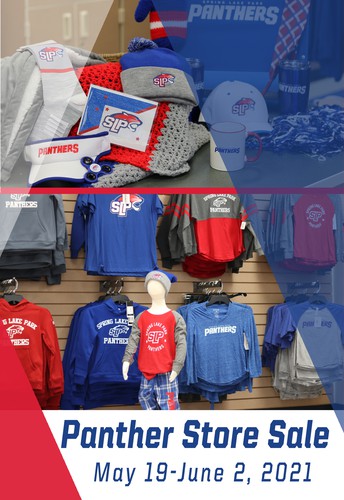 The end-of-year Panther Store sale will take place May 19-June 2. Take 10% off everything with code 21EndofYearSale. Purchase your graduation gifts…thank you presents for staff…retirement treasures!

Find your SPARK this summer

With summer youth programs registration now open, it is the perfect time to find your SPARK this summer with Community Education! Whether it's a new sport or activity or to meet new friends, kids can make the most of their summer through these programs. View the digital handout here and find all of our Camp and Clinic opportunities here. 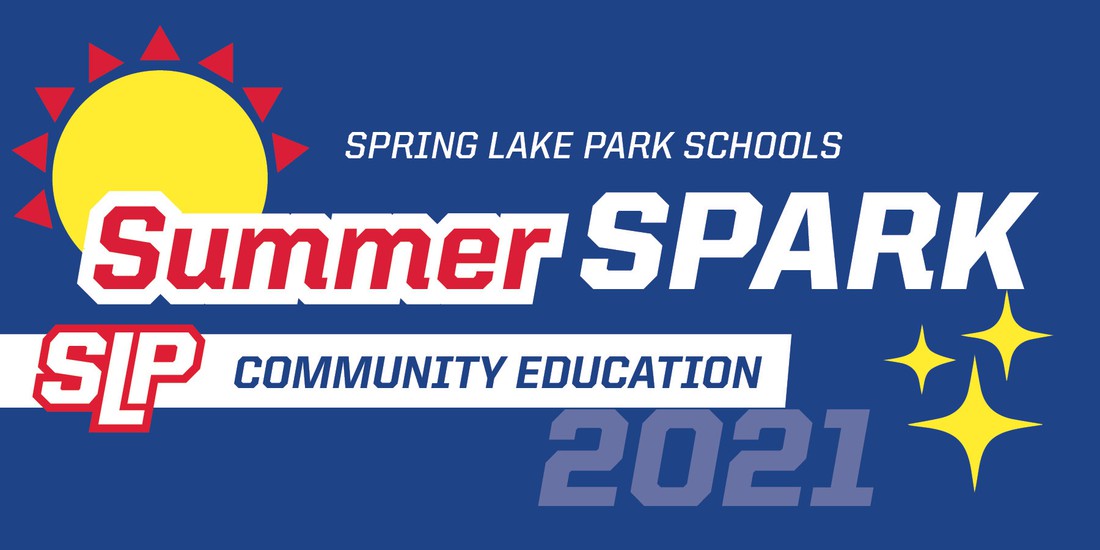 Club Spotlight of the Week:

For students going into grades K-8 for the 2021-2022 school year. The High School football program in partnership with the Spring Lake Park Youth Football Association and SLP Community Education Department will be hosting a FREE 3 day skills camp this summer. Participants will work with current High School Players and Coaches to develop their football skills. This is the camp for anyone planning to play youth football in the fall or for anyone interested in learning more about football. Taught by John Stewart, SLPHS Varsity Football Coach and staff Register for Youth Football Camp.

For students going into grades 6-10 for the 2021-2022 school year. Students are invited to join us for an exciting new adventure at Spring Lake Park! Speech is an opportunity to practice speaking and acting skills, improve self-confidence, become a leader, and compete against other speakers. During camp in July, students will learn and practice the 13 different speech categories. Sign up for Competitive Speech Camp.

For students going into grades 6-12 for the 2021-2022 school year. Girls and Boys are invited to improve their overall athleticism and health by participating in the summer strength and speed program at Spring Lake Park High School. Weight training and conditioning drills are the key components of this program. Coached by Doug Potthoff and Jeff Schlieff, SLPHS staff members. Sign up for Summer Strength and Speed Program.

Take your impact and support of Spring Lake Park Schools to the next level, apply to join the Panther Foundation Board of Directors. The board of directors includes parents, alumni, community members, business leaders and staff. We are seeking candidates who have a passion and commitment to the students and families in the Spring Lake Park School district. Individuals who are ready to share time, talents and resources with the foundation to support and enhance the efforts that contribute to our success. Positions are volunteer, begin in July and are a three-year commitment. To learn more and to apply today visit our website.

Golf with the Panther Foundation and support SLP Athletics & Activities. The 8th Annual Panther Foundation Golf Fundraiser is Monday, June 28, 2021 at Victory Links. All proceeds support our world-class Athletics and Activities opportunities for our students. Spend the day on the links supporting a great cause, register today. A great way to show your support and to advertise your business is sponsor a hole for $150. Hole sponsorships are great for families, businesses, alumni, etc. Thank you for your support. Check out the golf fundraiser flyer for more details. 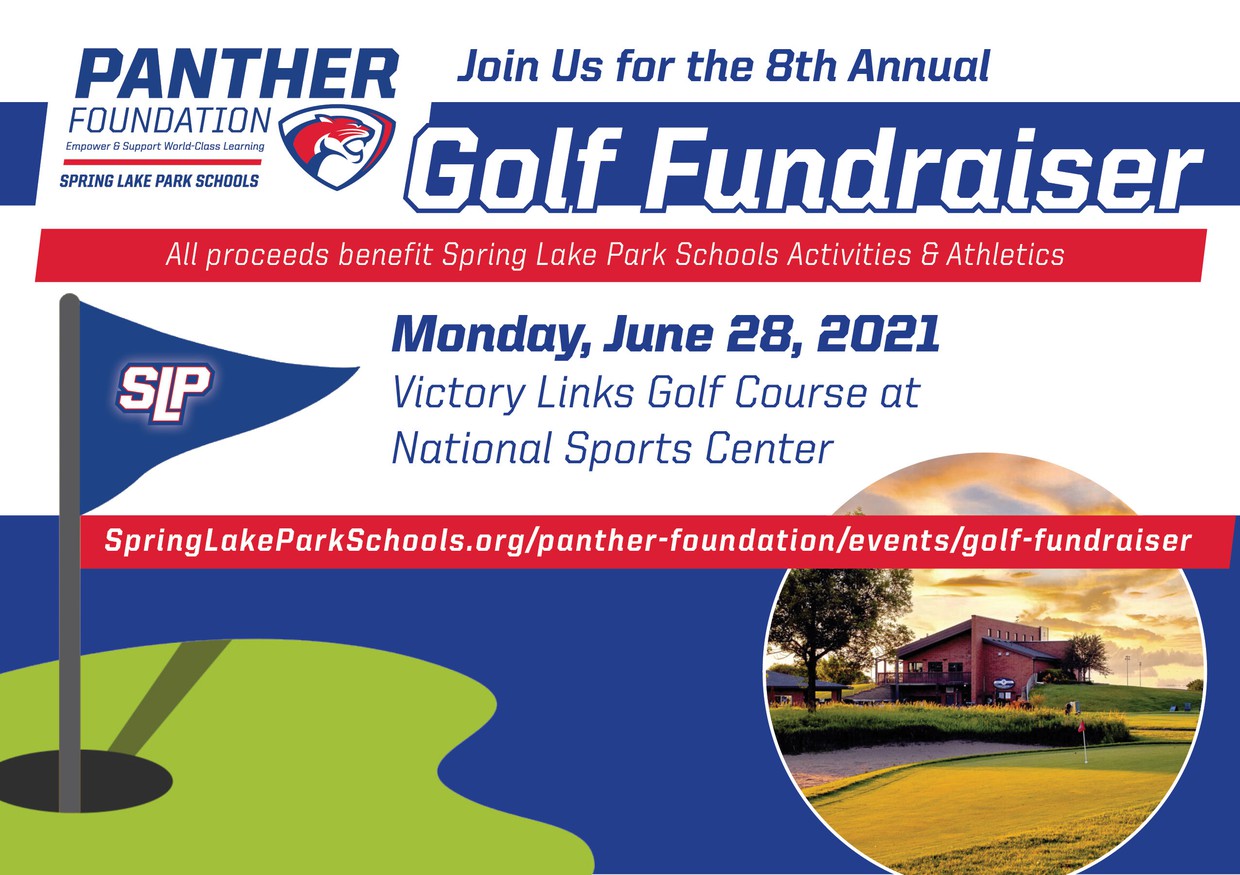 In case you missed important information from last week's newsletter, check out the topics below and click to learn more.

Lighthouse is using Smore newsletters to spread the word online.