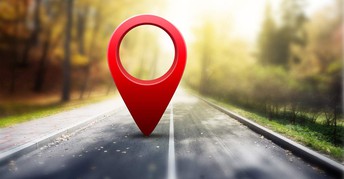 This morning, Morgan and I attended the last Del Oro [Divisional] Chorus rehearsal of the year, the last one before the Divisional Christmas Concert. And yet, she had to be at school by noon in order to do the last marching band rehearsal before its last competition of the season which is this evening. So, as you can imagine, we were both concerned that we attended both.

As we left the Kroc Center, I relied on my phone's GPS to get us to the school. I slightly worried that it was taking us in a direction we have never been before. (You would think that I would be confident to get us back and forth after attending so many rehearsals, but I always want to be sure and have my GPS on as a backup.) Anyway, as I was saying ... it was taking us off the main highway and we were driving adjacent to it. I thought to myself that it must be doing this because there is something else up ahead that we are not aware of. And that was indeed the situation! There was a lot of traffic up and ahead so it was rerouting us to avoid the blockage. We were able to keep moving and get to our destination without frustration.

This is how life is sometimes. We may now always understand why God leads us in certain paths, but we have to trust that he sees the bigger picture. He can see what things might cause us trouble and reroute us to avoid situations that may not be good for us. At the same time, we have the opportunity to see and experience new things that we would not have experienced otherwise if we remained on the same path. On today's little adventure, we saw the backside of green rolling hills, different housing areas, and a different viewpoint from above the main highway.

We still got to our destination - the school - and all was well. Well, sort of ... we were slightly late ... due to a stop at the drive-through for lunch! I suppose that's another lesson to come ...

This Thanksgiving, take the time to share the unexpected blessings that you have experienced or witnessed this past year. It was an "unprecedented" year for everyone, but God was still looking out for us. Can you identify those ways in which God rerouted you? Saved you from a messy situation? Helped you to see from a different viewpoint?

I thank God for you. I thank Him that He brought our family to this place. It was an unexpected move, but we have certainly been blessed to be here and we can see His providence all around. God is good!

At the potluck, you will be able to pick up a family devotional packet that you can take with you. It includes reflections and activities that you can do together at home.

The Power of Praise - Miracle of Jaxon Taylor's Healing

Did Jesus really say that?

If you are like me and browse the internet for material related to Bible study and/or faith-based subjects you will undoubtedly from time to time come across an article which purports to say it can “prove” that the Bible is “contradicting” itself and therefore Christianity cannot be “trusted”.

As (I hope) you know, our faith is in the birth, life, death and resurrection of Jesus, and not in the Bible itself. But, still, it is from the Bible (although not exclusively) that we know what we do about God’s plan for humanity. So we should certainly be diligent and test our knowledge and the credibility of the scripture on which we rely.

An example I came across this week while doing some work for our corps’ website was the well-known saying of Jesus, “…it is more blessed to give than to receive…” Acts 20:35.

I have quoted this to others several times, and never really gave much thought to where it was found and the context in which Jesus said it. The “problem” pointed out by the commentator to do with Paul’s quotation of Jesus, however, is that it appears nowhere in the gospel accounts, or indeed anywhere else in scripture except in this exhortation of Paul to the elders in Ephesus to do good found in Acts 20.

It’s true! I checked! So, did Paul make a mistake? Did he misquote Jesus? What logical explanation can we give as to why these words are not recorded in the gospel accounts?

Well, there is nothing which points to Paul even knowing about or possessing the gospel accounts of Matthew, Mark, Luke, and John during his ministry. But, of course, he would not have needed them in order to know what Jesus taught. It’s ironic that, in fact, it's very likely those gospel accounts were written some years after Paul had already begun his missionary journeys, and probably after he reminded the Ephesus elders of Jesus’ statement about giving.

A little thought brings us to the conclusion that Paul could not, and did not rely upon the gospel accounts for his knowledge of Jesus. Rather, Paul received supernatural revelation directly from God. Jesus spoke directly to Paul on the road to Damascus (Acts 9; 22:8), “the Spirit of Jesus” kept him from preaching in Bithynia (Acts 16:7, ASV), and “the Lord spoke to Paul…by a vision” in Corinth (Acts 18:9).

To the churches of Galatia, he wrote: “But I make known to you, brethren, that the gospel which was preached by me is not according to man. For I neither received it from man, nor was I taught it, but it came through the revelation of Jesus Christ” (Galatians 1:11-12, emphasis mine).

As important as those gospel accounts are for us as Christians in the twenty-first century, Paul did not need to consult them in order to know if Jesus ever taught, “It is more blessed to give than to receive.”

It’s also good to note that not everything that Jesus said and did was recorded by the gospel writers. At the end of his gospel, John twice points out: “…truly Jesus did many other signs in the presence of His disciples, which are not written in this book……there are also many other things that Jesus did, which if they were written one by one, I suppose that even the world itself could not contain the books that would be written” (John 20:30 and 21:25)

Each of the gospel writers gives us his own independent account of what Jesus did and said.

What we do learn from them is that Jesus was fond of expressing what I like to call the “inverted logic” of the Kingdom.

He loved to tweak the established religionists of his day by telling them, “the first shall be last”, “if you want to be the greatest you need to be the least”, “to find your life you have to lose it”, “happy are those who mourn”, “love your enemies”, and on and on.

So, “it is more blessed to give than to receive” is exactly the sort of thing we can imagine Jesus saying, and Paul tells us Jesus said it.

An old truism states that “the proof of the pudding is in the eating” and millions upon millions of Jesus-followers through the last twenty centuries have proved the truth of these words by putting them into action. If you’ve ever tried it, you know Jesus spoke the truth! If you haven’t yet experienced it, now is the time to test Jesus’ words!

In this season of getting let us prove once again the truth of Jesus’ words, because we can be sure that:

Yes! Jesus did say that! 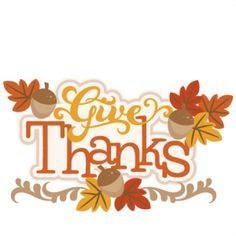 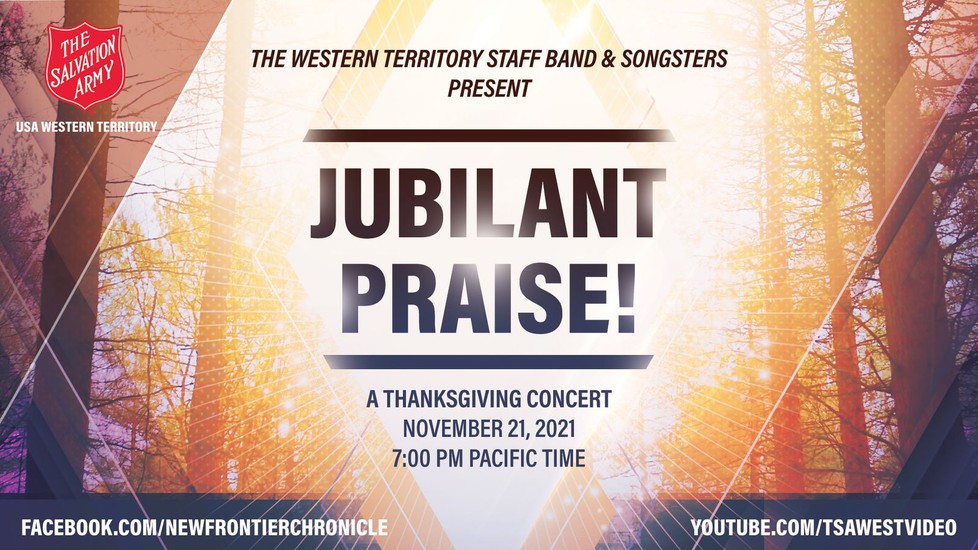 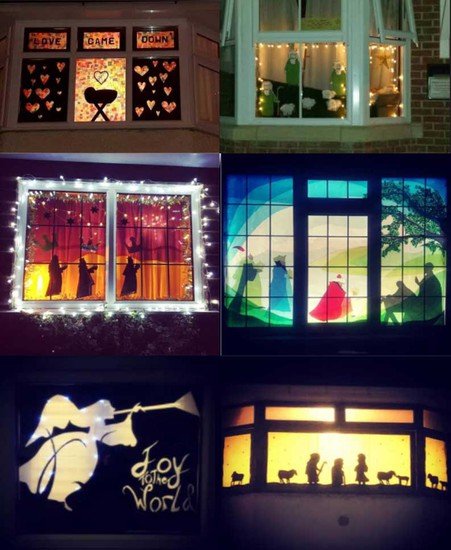 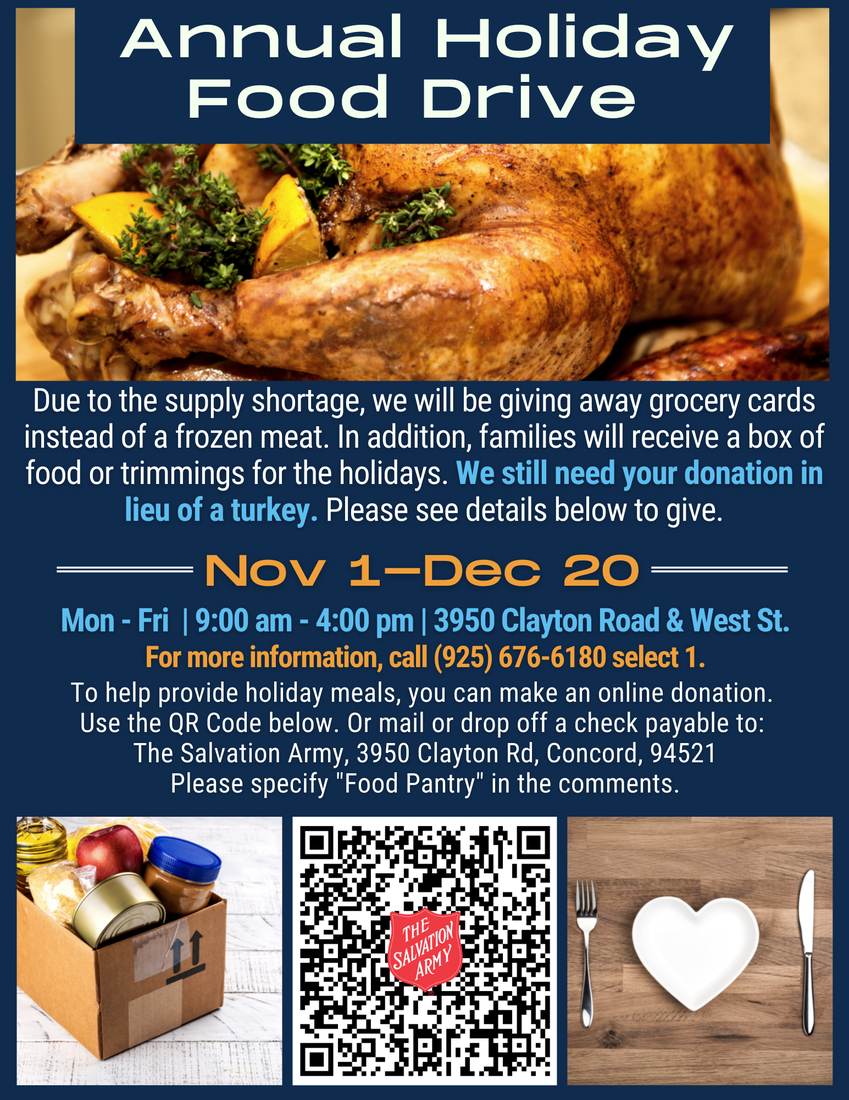 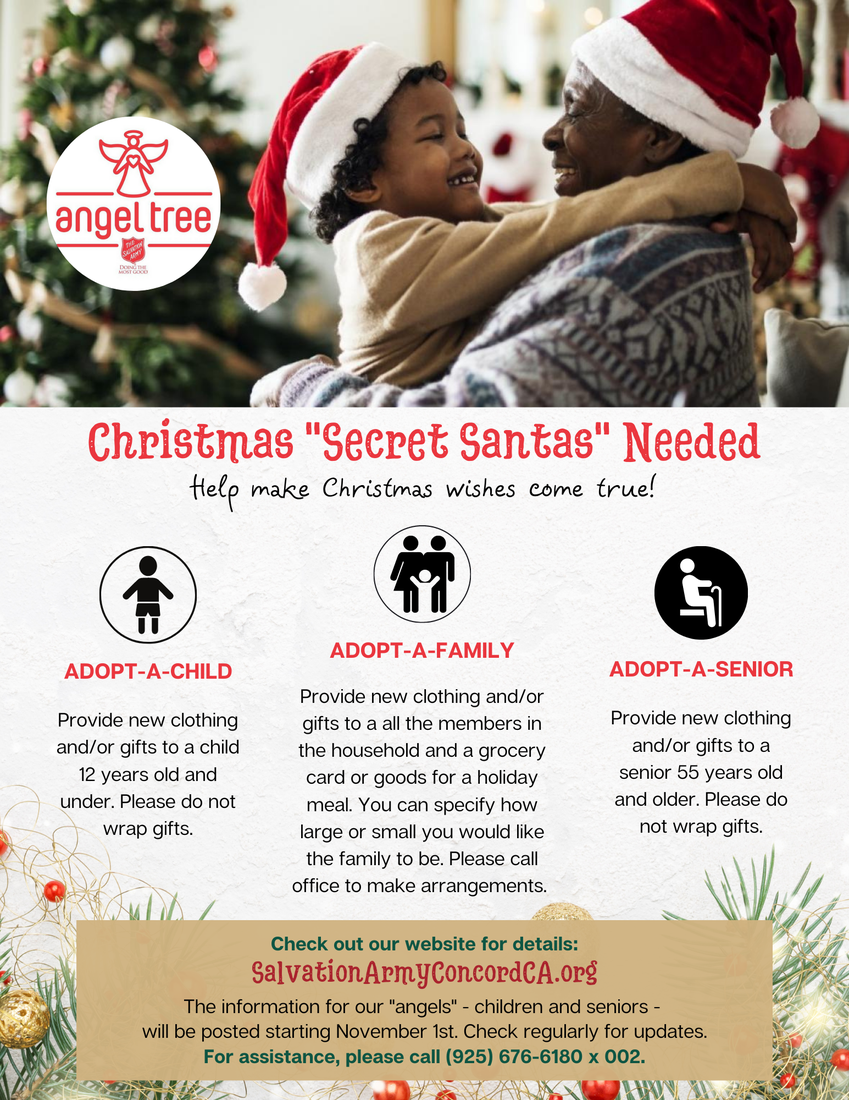 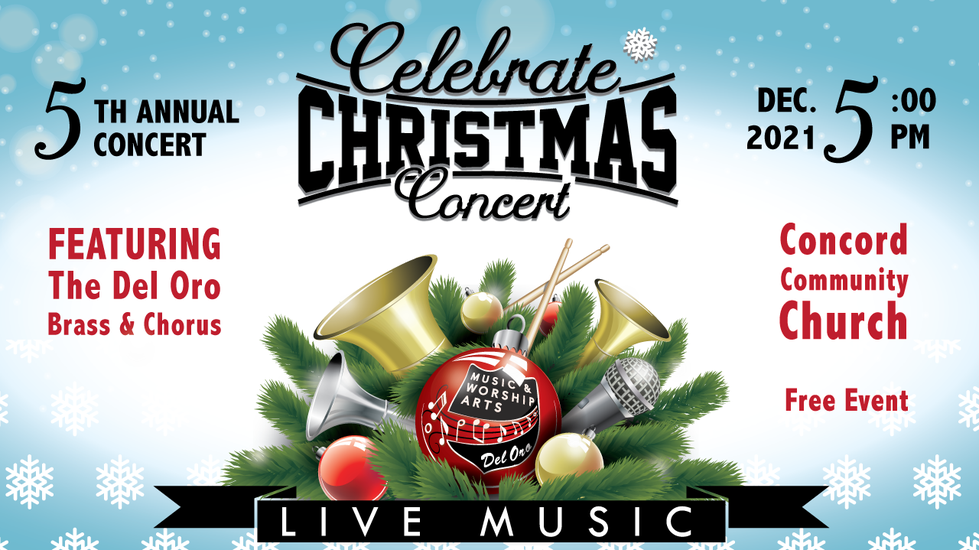 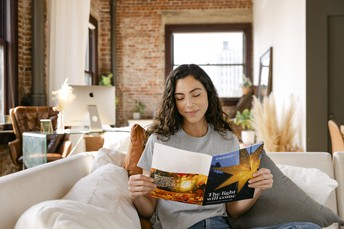 Christmas is coming, and if you’re longing for a simple, unhurried approach to the season, you’re in luck ...

Get on the list now for The Light Will Come: A 28-Day Advent Journey for Families. Let it be a gift to your family this year to slow down and make room, as a family, for Jesus, the King, to come. ✨

➡️ Get the free guide and follow a simple day-by-day plan to more wonder, mystery, and excitement this Christmas. You’ll get a printed guide sent to your door, while supplies last!

Give here to support the ministry of The Salvation Army in Contra Costa County.

Kettle View
To Give towards Tithes, Offering, and/or World Services 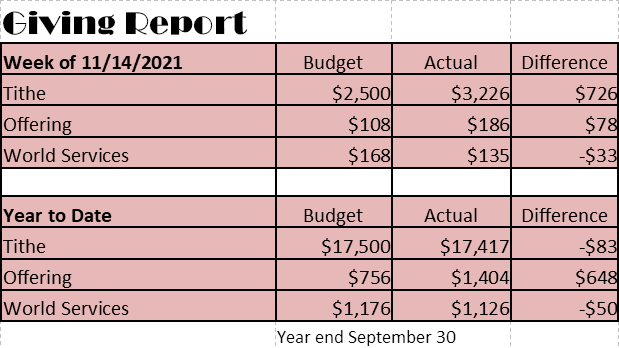