Addy is using Smore newsletters to spread the word online.

Get email updates from Addy:

Message in a Bottle

Message in a Bottle 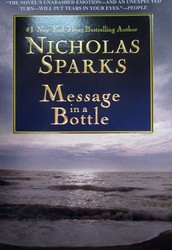 Theresa is a divorced, single mother. Her friend, Deanna invites her to go to Cape Cod for a week over the summer. While taking a jog on the beach one morning she finds something in the sand. A message in a bottle. As she reads the message she begins to cry. It was the most beautiful thing she had ever seen. She shows it to Deanna who convinces her to publish it in one of her newspaper columns. Someone sends her two more and Deanna tells her to go find the man writing them. She finally agrees. She goes to find him and she finally gets to meet him. After a while they fall in love, but being in a long distance relationship is very hard. Will Theresa and Garrett work out?

Who wrote "Message in a Bottle" 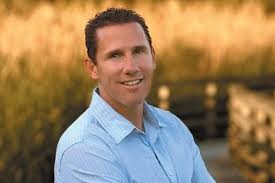 "True love is rare, and it's the only thing that gives life a real meaning" -Nicholas Sparks

Message in a bottle is about..

This is a story about love.

After being together for awhile, Theresa and Garrett start to realize a long distance relationship might not work out. They live almost 1000 miles apart and Theresa fears that Garrett will always be in love with his dead wife, Catherine who died three years before. This creates a conflict between Theresa and Garrett throughout the book. Theresa doesn't know if she can live with knowing he is still in love with another woman.
Forever and Always Taylor Swift Lyrics

Theresa loves to jog and go to the beach. 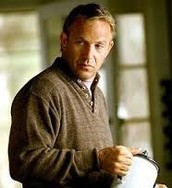 Garrett loves to sail and to teach people how to dive.

In this book an example of symbolism is a bottle. Theresa finds a Bottle on the beach which ends up leading her to Garrett. Garrett sends out these bottles with letters to his wife who passed three years ago. The bottle means a lot to both of the main characters in the book. The bottle is what brought Theresa and Garrett together, so the bottle has a lot of meaning to both of them.

Quote from the book showing conflict

"She dabbed the corner of her eye, clearly fighting tears, determined not to break down."

Addy is using Smore newsletters to spread the word online.