Abused Children of the 19th Century

Abused Children of the 19th Century 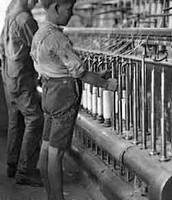 A Job in the Factory

This is a boy who works in the factory. This photo alone displays the poor working conditions the children worked with. For example, he is not wearing shoes. He could step on a nail, and get an infection. Also the heavy equipment could malfunction. Also the lack of clothes, exposes him to toxins and other fumes that could injure him.

A Meal for Lunch

The children did not get much at all to eat. As you see here the food doesn't look appetizing, nor healthy. They only had 1 break to eat, which was lunch! 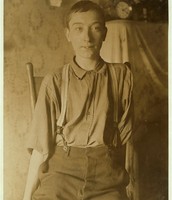 This young boy lost his arm while working in a factory. He worked as a scavenger. One day his arm got caught in a machine, and the only option was to amputate it at his shoulder. 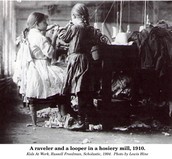 These two girls are watched by a shift manager who holds a whip. They have seen them use it. He will if they are not working fast enough, or are taking breaks!

This is a picture of working children. They worked in horrible conditions. It was a bad problem that needed to be abolished.