lorence is using Smore newsletters to spread the word online.

Get email updates from lorence:

This fiction story starts in the city of San Fransico. the family has been living there since 1947 in a little apartment. the family fist came from China. 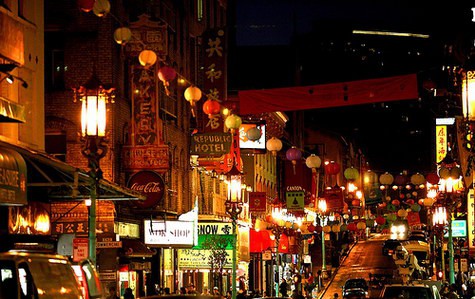 Jing-mei is the protagonist in the story. the mother is the antagonist. they are a family of three living in a small aparment and their cousin live in the same city which is also her rival because she is the chess prodigy of the city

The story starts out in sanfransico with a daughter and her mother. the mother is obbeseed with making her daughter into some type of a prodigy. she first tries to make her into sirley timple but then she sees that it doesnt work out so she start to ask her question that she wouldnt know to see if she knew the answer. which she didnt so it make her feel like a failure every time she got one wrong and she started to hate her mother slow and slowly then her mom was wathing tv and she saw a little girl playing the piano. The mom thought yeah jeing mei you could probobly do it better so she asked her neighbor if he could teach her beacuse he use to teach paino classes but he became deaf so he ritered. at first jing mei was doing good but then she found out she didnt have to play the notes just have the rythem right. so then her mother entered her into a talent show. so get ready and when she goes on stage she thinks oh yeah i got this but then when she starts to play she hits a sour note. then one by one she just keeps hitting more and more. when she got up to bow the audience was kind of in aww and when they clap it was a slow akward clap. when she was going home she kept thinking that she was going to get yelled at but her mom never did. but the next day she told her that she had to go piano. but the daughter said no and yelled about it then the mother just never brought it up until her birthday when she turn forty. it was kinda like a big weight came off her shoulders.

the internal conflict in the story is that jing-mei isnt meet the standards that her moms is placing. every time she fails it just kills her. make her feel like a failure over and over again

In my personal opinion the theme of the story was to not force talents on something that is already talented. i think that the mother didnt need to perssure the daughter in to doing anything that she didnt want to do. I think if she didnt put tas much pressure on her she might of learned the piano and who noes where she would be now.

In my opinion the piano was the symbol throught the story. it symbolized the relationship between the daughter and the mother because at first she didnt want to do play or go along with her moms questions but then later. she took the piano and started to learn how to play and she forgave her mother.

When she looks in the mirror

when the daughter looks in the mirror she sees failure because her mom has put so much pressure on her and she doesnt think she is good enough. the title is called two kinds because the girl is nothing like her mother

when she was in china she lost two of her kids her baby twins. so she been trying to do as much as she can to hold on to her and make her become something. she wanted her to have a good chance because america was the land of oppurtunity and success she thought if someone can make it any where it would be here in america

lorence is using Smore newsletters to spread the word online.

Follow lorence latifi
Contact lorence latifi
Embed code is for website/blog and not email. To embed your newsletter in a Mass Notification System, click HERE to see how or reach out to support@smore.com
close