By Christopher and James Lincoln Collier

By Christopher and James Lincoln Collier 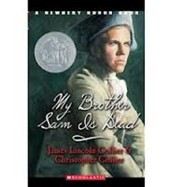 Summary Of The Book

Tim Meeker was “caught in the middle of war”. He wanted the revolutionary war to stop effecting his family, but Sam, his brother wanted to fight, and Sam kept on having conflicts with his father. So, Tim tries to do whatever he can to keep his family safe from the war. Then, the Rebels came into Tims home town of Redding, Connecticut, and demanded that Tim’s Father give them his gun, but when his father says that Sam stole it, (which was true) the Patriots don’t believe him. Because of this they threaten to kill him, Tim has to go and get his brother Sam to make sure the Patriots don’t kill his father.

After Tim’s father lives, another man, by the name of Mr. Herron, asks Tim to be his letter messenger. While Tim’s father does not let him deliver the letters, Tim goes behind his back. and delivers them in his own time. While Tim is delivering the letters, he is interrupted by Betsey Read, Sam's girlfriend, who tells Tim to not deliver the letter, because Sam is located in Redding, and she fears that Mr. Herron is sending the letters to tell Sam out. After Betsey and Tim fight over the letter, Betsey opens the letter, and sees that it says, “If this message is received, we will know the messenger is reliable”.

After the letter incident, Tim's dad reluctantly takes him on a trip to pick up goods for the tavern that his family owns. After a successful trip to the location, snow starts to fall, and they have to make the journey back to their house in the snow. With the danger of being pirated, and being stuck in the snow, the trip back is very dangerous. Tim’s father, who is walking ahead of him to watch out for pirates, gets captured. Tim decides to make the decision to take home the goods instead of look for his father, so that his mother and him don’t go broke, because Tim lost the food and goods.

When Tim and his family find out later that their father had died, due to a case of cholera on the prison ship he was kept on, Sam’s troops end up settling in redding for the war. After Sam gets a job as a messenger for general Putnam, Sam ends up visiting his family every night. When thieves come to steal Tim’s family’s cow, Tim and Sam see them, and Sam chases after them. Sadly, when Sam chases after the thieves, they beat him up and frame him for stealing the cattle. the jury then decides to shoot Sam for his “crimes.” After failed attempts of breaking Sam out of jail, Tim watches as Sam is then shot, and killed.

Summary Of The Historic Era

Who- The British (Loyalists) and the Patriots.

What- The Patriots were fighting for their freedom against the Kings rule, so that they could be free. Some people were Loyalists to the British, but many wanted freedom. Many memorable battles occurred during this time period, like the Battle Of Lexington, and the Battle Of Concord. These battles both occurred within a day in 1775 and are what some people call, the battles that started the war.

Where- The 13 Colonies of what would become the United States Of America.

Why- The British King was enforcing strict rules on the Americans and he was making them pay strict taxes that were expensive, so some Americans rebelled.

Critique Of The Book

The authors of the book My Brother Sam Is Dead, (Christopher and James Lincoln Collier) were successful at making the setting in the book realistic, using actual historical figures, and using authentic characters.

The authors were successful at using actual historical figures in the book by describing the true people, in a realistic way. For example, General Putnam was described by Sam by saying, “Knowing General Putnam, he’ll hang any soldier he catches stealing. He’s tough as nails but he’s honest” (Collier 178) This describes Putnam as a very strict but honest man, and looking him up in my research I found out that he would give severe punishments to his own soldiers for stealing, but only if they deserved it.

The Colliers did a great job using authentic characters because he described what they had and what they wore accurately. For example, in the book when Sam comes back from war, Tim says, “He was wearing a scarlet coat with silver buttons and a white vest and black leggings halfway up to his knees. (Collier 4) This is accurate information because during my research I found that Patriots mainly wore scarlet or navy blue uniforms. This makes Sam an authentic character because he dresses like how people from that time period would, if they were in war. 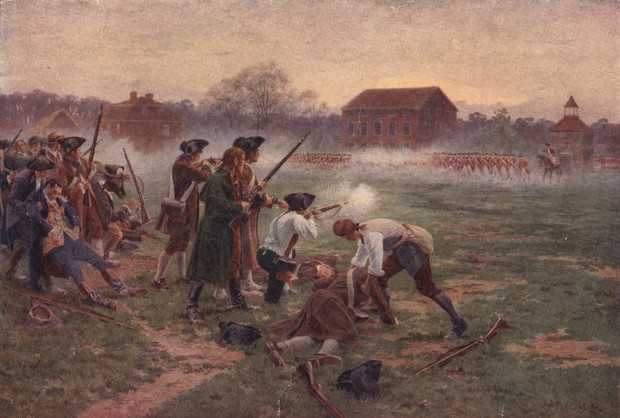 America the Story of Us: American Revolution