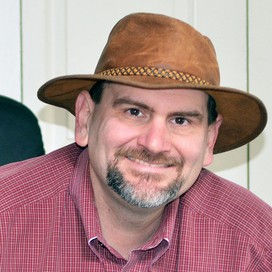 Alien's Ice Cubes Could Be Hot!

Alien's Ice Cubes Could Be Hot!

Read more about our event you can on buy essays cheap page.

Ok.. so maybe aliens don't have hot ice-cubes but the title got you intrigued didn't it? It made you look didn't it? Then again maybe they do have hot ice cubes!

Since the advent of the Hubble telescope, discoveries in space are becoming increasingly more abundant and the possibilities are becoming seemingly infinite. Hubble's latest discovery has, amazingly, been described as a "water world" because a huge amount of it's mass is made up of water, making this a very relevant discovery indeed.

NASA have stated that this is an entirely new class of planet.

A team of astronomers at the Harvard-Smithsonian Centre for Astrophysics (CfA) led by Zachory Berta originally published the findings and the planet GJ 1214b was actually discovered in 2009.

Obviously, anyone who thinks NASA can't keep a secret is wrong!

GJ 1214b orbits a red-dwarf star every 38 hours distanced at 2 million kilometres. This means it's estimated temperate is 230C. The planet weighs nearly seven times as much as Earth and approximately 2.7 times the diameter of Earth. GJ 1214b is approximately 40 light years away from Earth and is set to be one of the first locations studied by the new James Webb Space telescope.

The high temperatures and pressures on GJ 1214b would most likely form exotic materials such a hot ice or superfluid water, materials which literally are 'alien' to our every day lives. Just imagine how awesome it would be to be able to go there and experiment with it.

To give you an idea of what that would be like, Wikipedia states:

"Superfluid is a state of matter in which the matter behaves like a fluid without viscosity and with extremely high thermal conductivity."

In other words, the superfluid water appears to be a normal liquid which when placed into an obstructive container would flow up the sides and over the top of the container despite it's lack of viscosity. This is because the liquid still has surface tension. Not only is the substance not subject to friction, it also circulates through pores in the container or obstruction subject only to only it's own inertia.

GJ 1214b is described as a "water-world covered with thick cloud" and it is currently believed that the atmosphere is most likely quite steamy. My favourite quote from Zachory Berta:

Follow Juan Koss
Contact Juan Koss
Embed code is for website/blog and not email. To embed your newsletter in a Mass Notification System, click HERE to see how or reach out to support@smore.com
close