Get email updates from Livia:

What is Machu Picchu?

Machu Picchu is a discovered Inca city up high in the Andes Mountains. Built in the fifteenth century, it's purpose still remains a mystery

Each year there is a race on the Inca Trail, in Machu Picchu that is about twenty six miles long and pretty much a marathon. The record is three hours and 26 minutes.

Many of the porters staying in Machu Picchu carry a shiny metal object, most of the time a mirror, with them when they sleep because they believe it will defect the bad spirits coming up through the ground and wish them away. Most of the porters here will tell you that they've had the feeling of being pulled out of their tents by the spirits. Whether that is a myth or not, you can never be too sure......

Currently, a new discovery is taking place. A French mechanic named David Crespi thinks he has discovered a secret tunnel leading to an underground room in the middle of the city. Although scientists have not confirmed the underground city, with various tools, they have confirmed that there might be several rooms below the city, along some precious metals such as gold or silver. 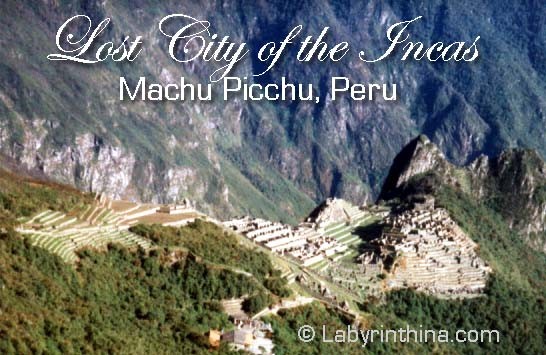 1- When an explorer found Machu Picchu he was actually looking for another lost city called Vilcabamba. This was the hidden capitol that the Inca's escaped from after the Spanish conquistadors arrived. It was named the Lost City of the Incas.