On February 1st, 1960 four black college students had refused to leave a lunch counter where they had been denied service. This sparked a wave of sit- in protests that had spread through much of the south.

The Jim Crow laws in the south stated that any public building such as a restaurant, library, swimming pools, parks and water fountains were to be segregated. In 1960, four negro students of the Agricultural and Technical College of North Carolina had tested the waters and went to a lunch counter. 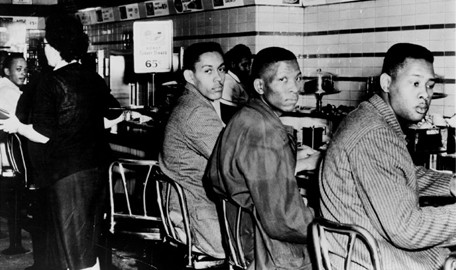 The Feeling of Fight

" 'Fifteen seconds after ... I had the most wonderful feeling. I had a feeling of liberation, restored manhood. I had a natural high. And I truly felt almost invincible. Mind you, [I was] just sitting on a dumb stool and not having asked for service yet,' McCain had said in an interview with NPR. He also said that it was a feeling that he will never be able to have that feeling again. He says it's a thing that people pray for all of their lives, but never personally experience.

The men had asked for a cup of coffee and got denied service because they were black. Mr. McCain asked why he couldn't have service at both or none at all. The white waitress ignored them when they asked for a cup of coffee. The men remained in their seats, expecting to be arrested. They were allowed to stay until closing time, but they were not to be served unless they sat at the black counter.

Jim Reeves - He'll Have To Go