Please see the anouncements below regarding our food and toy drive. We will not publish a newsletter next week, so on behalf of the enitre Sanderson Staff, I would like to wish you safe and happy Thanksgiving!

Greetings from the health office! Children ages 5 and up are now eligible for the Covid-19 Pfizer vaccine-there are many options for scheduling that for your child if you wish to do so. You can call their pediatrician to see if it is available there, check out one of the “vax buses” in the area, or check at your local pharmacy. You can click on any of the links below to check out your options. Once your child has received both doses of the vaccine you can send a picture or copy of their vaccination card to me for their health records- you are considered to be fully vaccinated 14 days after your second dose.

Feel free to reach out with any questions :) 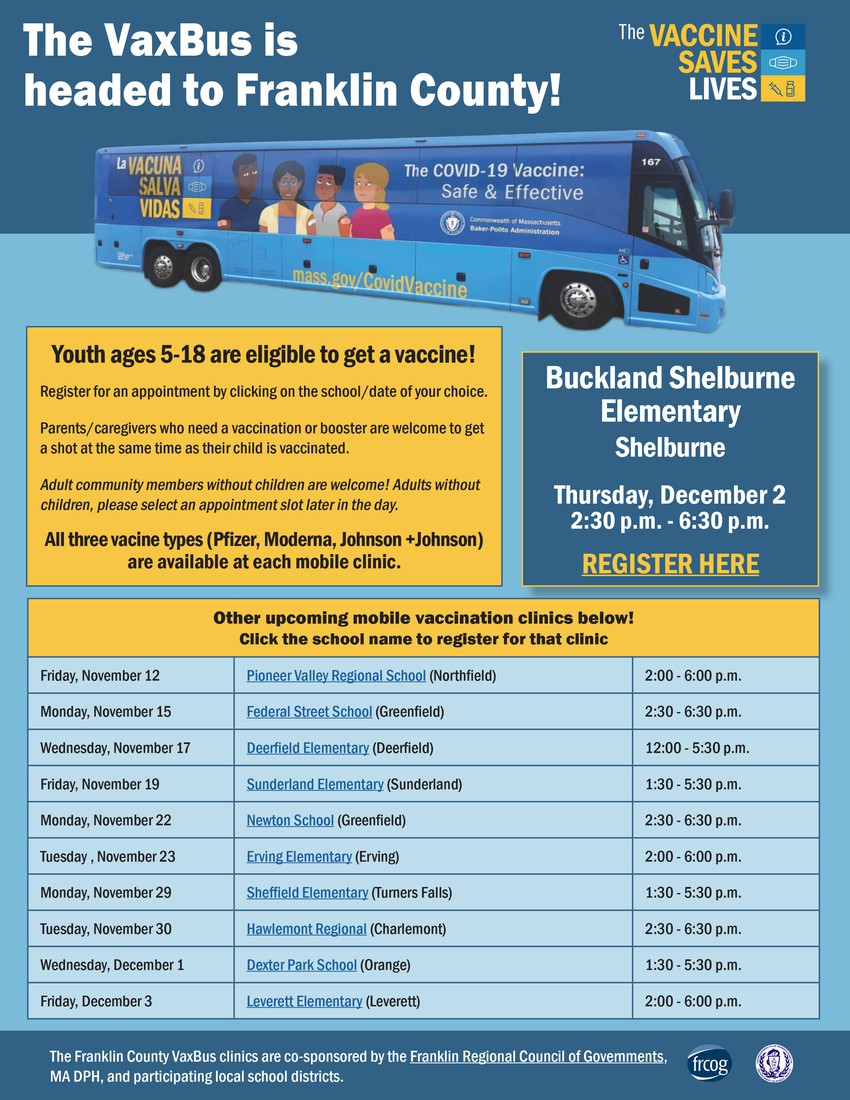 Just a reminder that the Library is hosting a Food Drive during the month of November. It has been wonderful to see so many students pitching in with this effort: coloring posters, making announcements in classes, and creating graphs to chart our progress toward our goal. If you are able, please send one or more non-perishable food items to school with your child. Our school-wide goal is to collect 150 items of food that will be donated to the Hilltown Churches Food Pantry at the end of the month. Thank you!

We would like to thank Mrs. Hill for helping in our class and wish her the very best on her next adventure!

We had a fun time with our buddies in our outdoor classroom, starting a project that we will finish next week. We are making beautiful turkeys, just in time for Thanksgiving. We took turns using eye-droppers to drop colorful paints onto coffee filters that will become our turkeys’ tails. Then we hung them up to dry between two big trees. They looked amazing hanging there--reflecting all the colors of fall that we see in the woods these days. We are excited to see how they will look when they are finished!

In phonics this week, we learned the sounds /d/ usually spelled with d and /s/ sometimes spelled with s. And we learned how to write the letters d and s. We also learned that s is often used to spell the /z/ sound, such as in our sight words this week: is and as. To help us practice hearing parts of words, we are manipulating compound words (such as “doghouse”) by dropping either the first part or the last part (take away “house” = “dog”). We have also been sorting words by their beginning sounds to match the letter sounds we have learned so far.

First graders enjoyed a cozy pajama day this past Friday, and we couldn’t have asked for more perfect weather for it, rainy and cold! In October, first graders were introduced to our “ Lucky 7” class reward system. When children are working as a team and following our classroom rules and expectations they have the opportunity to earn a “Lucky 7” token. When they get 7 tokens in a row they get a “Lucky 7.” This is very similar to bingo. For their most recent “Lucky 7” reward, first graders voted for the pajama day! They are already very close to earning another “lucky 7” reward so soon! In math we have reached our 50th day of school. We also call this our 5th decade day. “Tad” is our friendly frog who hops to the new decade number. “T.A.D.” stands for “ten adds a decade.” Once we enter a new decade, we get practice counting forward and backwards with the numbers in the new decade-This time from 50 to 60.

This week during our Fundations time we learned about closed syllable words, such as bath and flip, where the words have one vowel and the vowel is “closed in” or followed by at least one consonant. If we can identify a syllable as closed, then we know that the vowel says its short sound, which helps us when we are sounding out unknown words. We have also been using our morning warm-up time this week to explore different combinations for a given total. For example, if the given total is 13, we came up with equations such as 5+5+3, 10+8-8+1+1+1, and 21-8, all which total 13. With the Thanksgiving season quickly approaching, we are also learning more about the Pilgrims and their Native American neighbors, the Wampanoags. We are currently reading aloud Thanksgiving on Thursday, a Magic Tree House by Mary Pope Osborne, which shows us what life was like for the Pilgrims back in the 1620s. Facts we have learned about the Pilgrims include the following:

1. The Pilgrims left England on a ship called the Mayflower.

2. They came to America for religious freedom (Or in second grade language – to pray in their own way).

3. They settled in Plymouth, Massachusetts.

4. The Wampanoags taught the Pilgrims how to survive in the New World.

This week we also continued with our unit on maps. We learned that a compass is an important part of a map and we did an activity called “Where is Ms. Robertson?” to practice using a compass and to review the directions. Using a 100 chart, students were given a starting point, such as 44. Next, they were given directions such as “Jump 3 spaces north, 2 spaces east, and 4 spaces south.” They were then asked, “Where is Ms. Robertson?” and if the directions were correctly followed, they would find Ms. Robertson on space 56.

On Monday of this week we were treated to a virtual field trip hosted by National Geographic. In honor of Native American Heritage Month, three different Native Americans were interviewed live, and we were shown short clips about projects of theirs. The first one was about rethinking maps of personal places to have them more accurately reflect history and cultural identity. These included beautiful pieces of art called “Zuni Art Maps.” The second was a photographer from Montana who was using her camera’s lens to tell stories of native people and share the diversity found within various indigenous cultures. The third story was about a young man who, after growing his hair long for eighteen years, decided to cut it short. He shared his personal reasons for both keeping it long and the life transformation that was reflected in cutting it short. All three presentations were interesting in their own way. The third graders had insightful comments to make at the end of them and had a hard time choosing a favorite.

In other news, each third grader has chosen a different wild animal of Massachusetts to research. To support this new study, we have scheduled our next field trip. On Friday, December 3rd, we will be spending the day at the Berkshire Museum. Among other exhibits, we will be spending time with their large collection of local, indigenous animals and learning about animal adaptations. If you would like to be a chaperone for this trip, please let Ms. Carole know as soon as possible.

In fourth grade math, we are still plugging along with our multiplication facts. I encourage families to practice multiplication at home! As we continue to practice multiplication we are also adding in learning about measurement. We are beginning by discussing the difference between U.S. customary and the metric system. We are also taking a look at how to measure using centimeters and how to write measurements using fractions and decimals. In science, we have also continued our study about the structure of our bodies. Our focus is the eye and how the parts of our eye work together to produce the images we see. We built eye models this week and used magnifiers to recreate how the cornea lens and retina work together.

Fifth grade has been writing letters to authors. We analyzed the features of a letter, talked about what could be included, and students have been working on their drafts. Also in fifth grade, we have been working on finding common denominators as we add, subtract, and compare fractions. In science, students have been learning about properties of matter. Most recently, we have measured matter in various ways. We measured lengths, volume of irregularly shaped objects using graduated cylinders, and we measured mass. We also made observations on matter changing state. In reading, students have been learning about syllables and applying what they learned to their Mega Words work.

The sixth grade has started a new math unit comparing numbers. We have started comparing fundraising goals using “For every” statements and “ratio” statements. We have also had some recipe fun multiplying and dividing fractions in a recipe. This month has also been a chance to review our map skills. This includes reading maps, understanding latitude and longitude, as well as identifying map features. We have also been putting the finishing touches on a Gratitude Alphabet book that we will be sharing with our school once it is copied and bound.

Time for Math Practices 5 and 6! Math Practice 5: Use appropriate tools strategically. The tools that we use to support our math thinking are called manipulatives. We use TONS of manipulatives at Sanderson! Some examples of manipulatives that you'll see in our K through 2 classrooms are unifix cubes, number racks, and dominoes. Some manipulatives you'll see in our 3 through 6 classrooms are tiles, linear pieces, and base ten pieces. Math Practice 6: Attend to precision. Our Sanderson mathematicians practice this by using care and caution when working and explaining their thinking. They also check their work and use mistakes as opportunities to learn! :) aprew@mtrsd.org 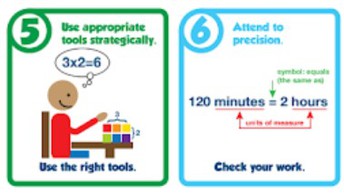 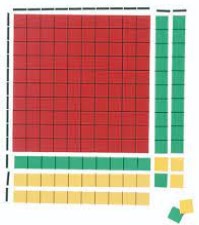 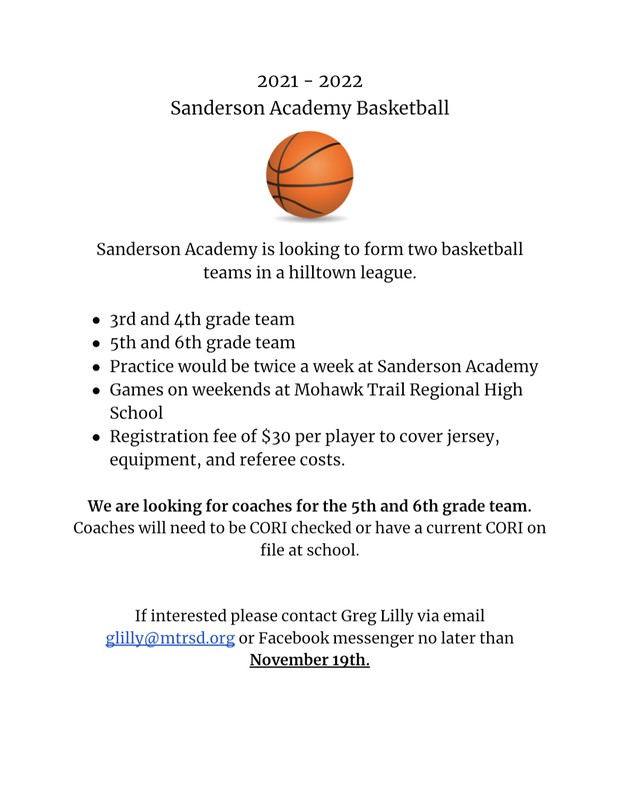 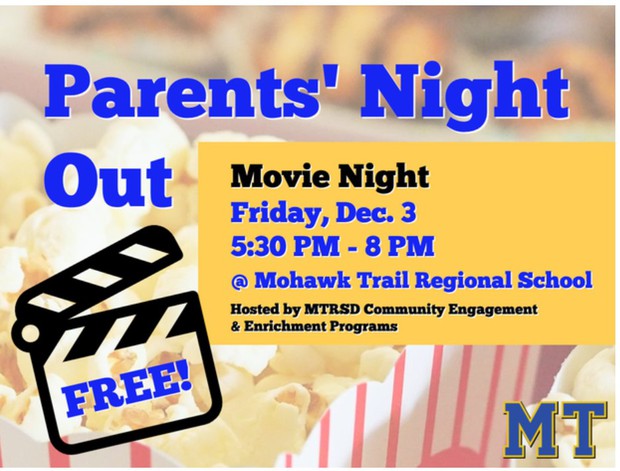 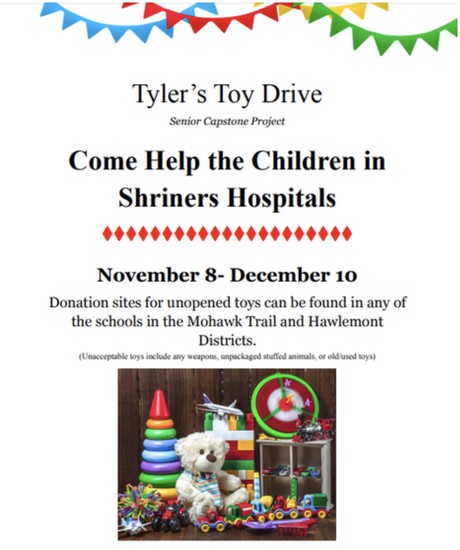 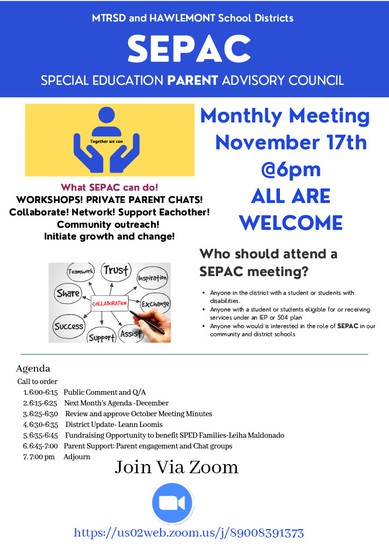 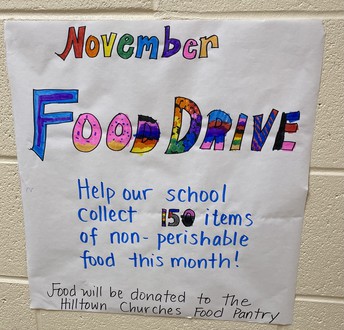 Follow Emma Liebowitz
Contact Emma Liebowitz
Embed code is for website/blog and not email. To embed your newsletter in a Mass Notification System, click HERE to see how or reach out to support@smore.com
close