NIck is using Smore newsletters to spread the word online.

Get email updates from NIck:

The main ideas of the Enlightenment

The philosophes believed that everything in nature was good and there for a reason.

-The philosophes encouraged people to find the good stuff in life. They encouraged them to enjoy it.

The philosophes believed that society and people in general could always improve. After all, the biggest room in the world is the room of improvement.

Philosophies believed that people had the right to freedom if they wanted it.

Sir Isaac Newton (1642-1727) He was a English mathematician, and natural philosopher. he discovered the law of gravity and laws on the physics of objects. He got interested in discovering gravity because he was watching a apple fall. He was also most famous for being instrumental in the scientific revolution of the 17th century. 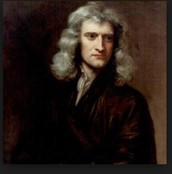 Appel tree on how Newton got the idea of gravity

Picture of the enlightenment

The enlightenment of art how it changed

The way that art changed during the Enlightenment is that it moved towards Neoclassical forms with more renovated ideas. Before arts were just plain large and elegant paintings that had fewer characteristics. The various paints that came along with this generation also incorporated many of the philosophies in their paintings.

NIck is using Smore newsletters to spread the word online.