What are interactive books? 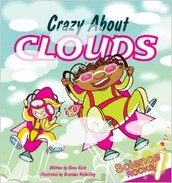 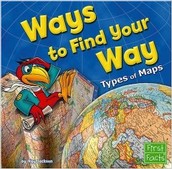 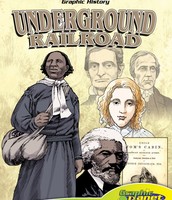 The Science Rocks! series provides a simplified look at Earth Science. Learn about the clouds in these easy-to-read books. Water, fog, and weather are described along with stratus, cumulus, cirrus, and cumulonimbus clouds, with simple text and matching illustrations. A science activity, fun facts section, glossary, and index aid students in learning about the clouds above them.

United States, 1800s. Due to the need for manual labor, millions of African people were transported to and sold in the United States. These people were treated as property, and many felt this was wrong. These people helped thousands of slaves escape to the North where slavery was illegal. Follow the drinking gourd along the Underground Railroad in these daring graphic novels. Maps, timelines, glossaries, and indexes make these titles an exciting addition to classroom discussion.

Up North and Down South: Using Map Directions (Interactive Book) (160008)

Using this interactive book students will which way to go...Left, Right, East, West. With a map, a compass, and the skills to use them, you'll never get lost again!

This interactive book will give meaning to those black dots and the blue curvy lines on a map. With the key and the skills to read it, you'll unlock the language of maps.

From a state highway map to a national park physical map, there's a map for any traveler. But there are so many kinds of maps, which one should you use? With this interactive boo kit will show you how you can decide which map is best for your journey.

With this interactive book a student will learn about the planet we call home. Learn about the Earth's conditions and what makes it unique in the solar system.

The MultiMedia library is open 7:30am-3:30pm Monday-Friday. Please call or email us if you have any problems or requests!
27 Gick Road, Saratoga Springs, NY, United States abehan@wswheboces.org (518) 518-3730 wswheboces.org/SSS.cfm?subpage=152