Anna-Leontine is using Smore newsletters to spread the word online.

Get email updates from Anna-Leontine:

" The founder of microbiology"

" The founder of microbiology" 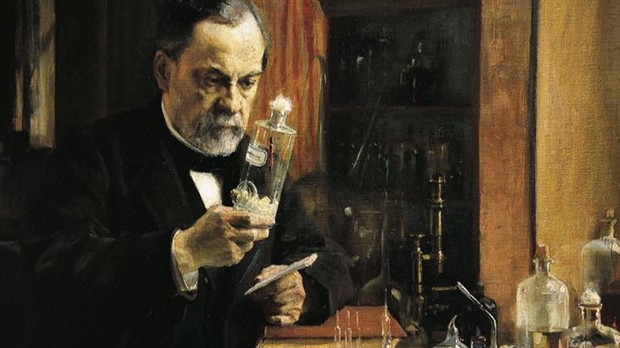 Louis Pasteur was born on December 27th 1822 in Dole, France and was one of the most extraordinary scientists in history. He discovered how microorganism carry on the biochemical process fermentation, the causal relationship between microorganism and disease, and the concept of destroying microorganism to halt the transmission communication disease.

Trail to be the founder of microbiology

Pasteur studied at the Sorbonne ( Paris) , and teached chemistry while he was still a student. After being appointed as a chemistry professor at a new University in Lille, France, Pasteur began to work on yeast cells. He showed how they produce alcohol and carbon dioxide from sugar during fermentation.Fermentation is a form of cellular respiration carried on by yeast cells, a way of getting energy for cells when there is no oxygen present. Pasteur found that fermentation would take place only when living yeast cells were present.

During an experiment with wine, Pasteur found out that wine has some little yeast cells in it. But when the wine turned sour, there were bacterial cells which were producing lactic acid. He thought when you heat up the wine at about 120 farenheit, than the bacteria would die, and it can't produce lactic anymore. And the pasteurization was born. Some other sicientist applied to other fluids like milk.

About 1865 Pasteur turned his attention to human and animal diseases. He worked with the bacteria that cause cholera. He injected healthy chickens with cholera bacteria, and expected the chickens to get sick. But unknown to him, the bacteria were old and no longer virulent. So the chickens failed to get the disease, but instead they got immunity against cholera. Thereby he discovered that weakened microbes make a good immunity without producing the disease.

Pasteur began work on a vaccine for anthrax, a disease that killed many animals and infected people who got it from their sheep. This disease causes sudden chills, high fever, pain, and affect the brain. Because of his experience with weakening bacteria, he create in 1881 a vaccine that successfully prevent the deadly disease.

His last great scientific achievement was develooing a successful treatment for rabies.

It's a deadly disease contracted from bites of an infected, rabid dog. It causes terrible pain in the throat that prevents swallowing, then brings on spasms, fever, and finally death. In 1885 nine-year old Joseph Meister, who had been bitten by a rabid dog, was braught to Pasteur. Pasteur gave him him some shots of the new rabies vaccine. After that the boy did not developed any of the deadly symptoms of rabie.

Anna-Leontine is using Smore newsletters to spread the word online.