Laurie Halse Anderson is the New York Times-bestselling author who writes for kids of all ages. Known for tackling tough subjects with humor and sensitivity, her work has earned numerous national and state awards, as well as international recognition. Two of her books, Speak and Chains, were National Book Award finalists. Laurie was honored with the 2009 Margaret A. Edwards Award given by YALSA division of the American Library Association for her “significant and lasting contribution to young adult literature…”. Mother of four and wife of one, Laurie lives in Northern New York, where she likes to watch the snow fall as she writes. 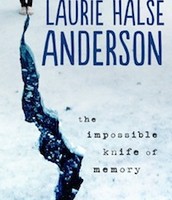 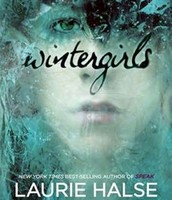 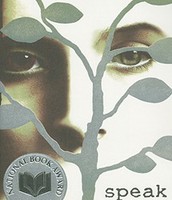 Hayley Kincain has two jobs: attending high school and caring for her father, Andy, a war veteran who suffers from PTSD. Hayley and Andy never stay in one place for too long, always picking up and leaving as soon as the demons torturing Andy become too much to bear. But when Hayley meets Finn, she finally allows herself to let go, finding solace in every moment they spend together. He becomes her refuge, her home. Then Andy’s symptoms begin to resurface, and Hayley is forced to make a decision: continue to keep running from her father’s illness, or face reality for a chance to hold on to the one thing that makes her truly happy.

Lia and Cassie were best friends, wintergirls frozen in matchstick bodies.But now Cassie is dead. Lia’s mother is busy saving other people's lives.Her father is away on business. Her stepmother is clueless. And the voice inside Lia’s head keeps telling her to remain in control, stay strong, lose more, weigh less. If she keeps on going this way thin, thinner, thinnest maybe she'll disappear altogether.In her most emotionally wrenching, lyrically written book since the National Book Award finalist Speak, best-selling author Laurie Halse Anderson explores one girl's chilling descent into the all-consuming vortex of anorexia.

"Speak up for yourself--we want to know what you have to say." From the first moment of her freshman year at Merryweather High, Melinda knows this is a big fat lie, part of the nonsense of high school. She is friendless, outcast, because she busted an end-of-summer party by calling the cops, so now nobody will talk to her, let alone listen to her. As time passes, she becomes increasingly isolated and practically stops talking altogether. Only her art class offers any solace, and it is through her work on an art project that she is finally able to face what really happened at that terrible party: she was raped by an upperclassman, a guy who still attends Merryweather and is still a threat to her. Her healing process has just begun when she has another violent encounter with him. But this time Melinda fights back, refuses to be silent, and thereby achieves a measure of vindication. 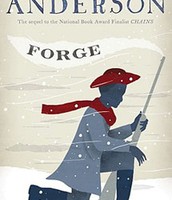 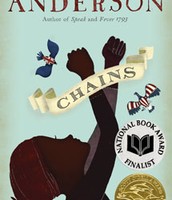 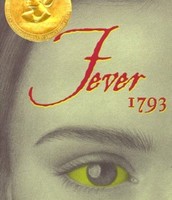 The young soldiers at Valley Forge are suffering from hunger, cold, and the threat of the British army. Their newly forged bonds of friendship might be enough to help them survive. But the chains of Curzon’s past threaten to shackle him again. Surrounded by the fires of ignorance, mistrust, and greed, Curzon can’t risk sharing his deadly secrets with anyone. Does he have the mettle to hold on to his freedom? To claim his rightful place as an American? Is he strong enough to find the answer to the hardest question of all: Is Isabel still alive? Acclaimed author Laurie Halse Anderson continues the thrilling adventure started in her bestselling, award-winning novel Chains. Ride along on a gallop that will take you from battling the British at Saratoga to fighting the elements at Valley Forge to rebelling against merciless tyranny. Discover what the fight for freedom was really all about.

As the Revolutionary War begins, thirteen-year-old Isabel wages her own fight...for freedom. Promised freedom upon the death of their owner, she and her sister, Ruth, in a cruel twist of fate become the property of a malicious New York City couple, the Locktons, who have no sympathy for the American Revolution and even less for Ruth and Isabel. When Isabel meets Curzon, a slave with ties to the Patriots, he encourages her to spy on her owners, who know details of British plans for invasion. She is reluctant at first, but when the unthinkable happens to Ruth, Isabel realizes her loyalty is available to the bidder who can provide her with freedom. From acclaimed author Laurie Halse Anderson comes this compelling, impeccably researched novel that shows the lengths we can go to cast off our chains, both physical and spiritual.

During the summer of 1793, Mattie Cook lives above the family coffee shop with her widowed mother and grandfather. Mattie spends her days avoiding chores and making plans to turn the family business into the finest Philadelphia has ever seen. But then the fever breaks out. Disease sweeps the streets, destroying everything in its path and turning Mattie's world upside down. At her feverish mother's insistence, Mattie flees the city with her grandfather. But she soon discovers that the sickness is everywhere, and Mattie must learn quickly how to survive in a city turned frantic with disease.

Six years after Cassie and Lia compete to become the skinniest girls in their school, Cassie dies. Succumbing to sadness and guilt, Lia spirals deeper into her own eating disorder. But what comes after size zero? Lia struggles to find the strength to face her own demons and enter recovery. HEADPHONES NOT INCLUDED WITH PLAYAWAY KIT.

During the summer of 1793, Mattie Cook lives above the family coffee shop with her widowed mother and grandfather. Mattie spends her days avoiding chores and making plans to turn the family business into the finest Philadelphia has ever seen. But then the fever breaks out. Disease sweeps the streets, destroying everything in its path and turning Mattie's world upside down. At her feverish mother's insistence, Mattie flees the city with her grandfather. But she soon discovers that the sickness is everywhere, and Mattie must learn quickly how to survive in a city turned frantic with disease. HEADPHONES NOT INCLUDED IN KIT.

How can you speak if you can't find the words? Kristen Stewart stars as Melinda, a high school outcast who has been stunned into silence by a traumatic event. How will she discover the courage to find her voice...and speak out? Based on the novel by Laurie Halse Andersen.

Thinking it was time to get a real job, Laurie realized that people would actually pay her to write. She became a freelance writer and journalist. Laurie Halse Anderson's intense desire to not have to do the same thing day in and out turned into numerous picture books, middle-grade titles and award-winning teen and historical fiction, including National Book Award finalist, Speak, and National Book Award finalist, Chains.

The MultiMedia library is open 7:30am-3:30pm Monday-Friday. Please call or email us if you have any problems or requests!
27 Gick Road, Saratoga Springs, NY, United States abehan@wswheboces.org (518) 518-3730 wswheboces.org/SSS.cfm?subpage=152bpage=152