Join Us in Helping with Travel & Medical Expenses

Nick Schlader is 27 years old and a loving husband and father, devoted to his family and his job as a police officer. He was diagnosed with stage 3 metastatic melanoma in 2013. It was surgically removed and started chemotherapy shortly after. Not long after healing from surgery another mole appeared in the same spot as the previous. He had yet another surgery, though less invasive this one required a skin graph from his thigh. Now that he has healed from that surgery another mole appeared on his head in a different area. He immediately had it checked (and removed) and got postitive melanoma results a couple of days later and scheduled another appointment with his oncologist. She is referring him to the John Wayne Institute in Los Angeles, California. Before he leaves he will undergo another surgery as well as multiple tests to prepare for his continued treatments. This site is to help with the increasing medical expenses, and now travel expenses to Los Angeles. We are all so thankful for all the thoughts, prayers, and good wishes sent his way.

30% of all sales will go to Nick & his family to cover travel and medical expenses. Join us for an Online Facebook Event or shop online at KristinDeRoos.OrigamiOwl.com. Need ideas? Browse my photo album at www.facebook.com/OrigamiOwlKristinDeRoos 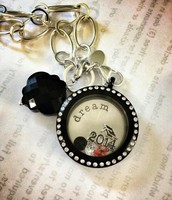 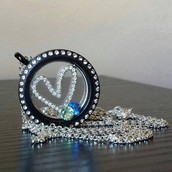 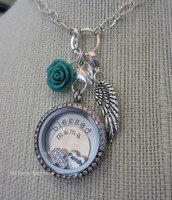