Working conditions,improvements, developments in the 1800's

Working conditions,improvements, developments in the 1800's

What steamboats did on water, trains did on land!

Steamboats were a popular transportation used to carry goods and people.

People would travel across the Atlantic in steamboats with their families.

In the 1800's industrial in the American north was developed. Back then, factories were intorduced, with machines that manufactured good to be sold to more places. How textiles were made caught attention. Back then, before the 1800's clothes took time and people to make and afterwards the process became fast when there began to be Technological improvements and venders began to build textile mills, and factories.

People used factories to build goods and afterwards sell or trade them.

Mills just like factories created goods, and merchants made mills to make the process of making goods faster. 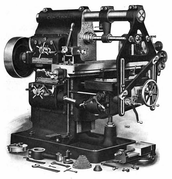