The Catholic Church Needs to Change.

I, Martin Luther, a Catholic priest and monk, believe that many of the Catholic Church's practices are wrong. Take the sale of Indulgences. The Bible never said that Indulgences were sold for business! It is a spiritual practice to get out of purgatory, not for the Church's money.

Also, the Church needs to stop being so political. The Church is supposed to be our religious leaders. Priests and bishops need to take their role more seriously. They need to do their job and look like who they are supposed to be.

The Church also should stop threatening excommunication over everyone and putting innocents on trial where they are tortured or killed. Nowhere in the Bible does it say to do this.

We are to love Christ, and follow his teachings. The Church has turned what he has taught us into something horrible. This needs to stop.

I believe in the Priesthood of the Believers, that all people can have their own relationship with God and not necessarily need the Church. We can interpret the Latin Bible for ourselves now that I have translated it to Local German.

We can form our own branches of Christianity as well. I have formed Lutheranism, John Calvin has formed Calvinism, and the King of England has created the Anglican Church! We do not have to be Catholic but can still be Christian.

I understand the Church may excommunicate or kill me over this. But as I said at the Diet of Worms, "Here I stand. I can do no other. God help me. Amen." I am better known for not taking back my works before the Church officials when I said "I cannot recant." 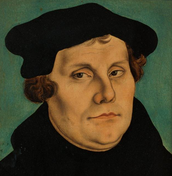 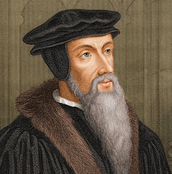 Protestant Reformation stemmed from what I began, yet wasn't what I wanted.

After the Diet of Worms I was kidnapped by Prince Friedrich the Wise, but it was for my own protection from the Church. I had the false identity of Sir George and wrote many more works. I didn't know that my former professor had told Wittenberg's people to start a revolt...a rebellion against the Church. There was violence and 50,000-100,000 deaths. It was not at all what I had in mind. But it really did change the world.

Posted on Wittenberg Castle Church door. Actually nailed to it.
Get Directions
Embed code is for website/blog and not email. To embed your newsletter in a Mass Notification System, click HERE to see how or reach out to support@smore.com