Get email updates from Conor: 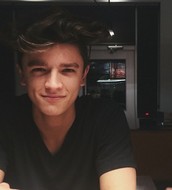 I am going into my senior year at Millersville University. Last summer I spent two and a half months working in Southern California at a camp for middle and high schoolers. I love watching and playing sports.

As a white and heterosexual male, I will be the first to say that I am not someone who has directly experienced discrimination against myself. I have, however, seen its effects on people. In many of my special education classes at Millersville University, the oppression of people with severe disabilities has been a huge focus. Along with many people realizing and actively moving further from racism and sexism, there is a growing trend towards becoming more accepting of people with disabilities.

Though I find myself on the side closest to the flower in regards to most things, I have experienced ageism in my life. Nothing to an extremely serious degree, but I remember a few times in my life, specifically when I was a teenager, where I was not given an opportunity because of my age. It should be noted, though, that this is something I have since grown out of. Now that I am an adult I am very rarely judged nor are things assumed of me for no reason other than my age.