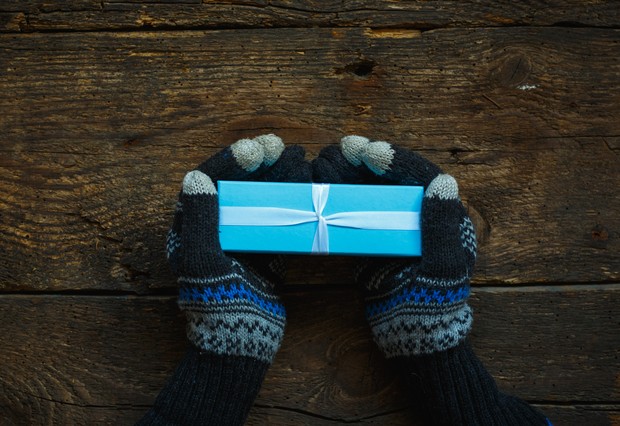 Editorial: Our Contributions to Those in Need

As Christmas approaches and 2015 draws to a close, it is appropriate to look back with thanksgiving on all that The Salvation Army has accomplished during the year. While a number of our readers will not be directly involved in serving those who come to the Army in need, we can take pride in the “behind-the-scenes” contributions all of us make to support those on the front lines.

A good way to obtain an overview of the services provided is to go through the Annual Review 2014-2015 Canada and Bermuda, which was published on line in September. Among many heartening reports are:

The Annual Review concludes with “nine good reasons why you should support the Salvation Army”. The November 18 Editorial reminded us that some 10 million people across the Territory find reason to donate to the Army each year: This may be a good time to ask ourselves what more we can do to earn that tremendous level of support.

There are three basic user roles in Agresso: Reader, Reviewer and Approver. The reader role allows access to Agresso to inquire about transactions processed and to generate reports. All users have this role for their respective responsibility centre. Users with this role only will not receive tasks for action.

The reviewer role enables a user to receive and review accounts payable transactions. During the review stage, users can modify account coding, split the amount into additional lines, and change tax codes. If the transaction is not complete or was incorrectly routed, the user can reject the transaction which then goes back to the Finance department for modification. Once accepted by the reviewer, the transaction moves on to the approval stage.

If a reviewer or approver will be unable to perform tasks on Agresso for a period of time, a substitute should be enabled within the system. This will allow another user to temporarily receive the tasks for action based on out-of-office dates set by the original user. If a substitute is not enabled, there is a risk that the transaction will be held in the system pending the user’s return. If you require a designated substitute to be set up, please contact the IT Helpdesk for assistance.

With the New Year fast approaching, it will soon be time for you to issue annual receipts for local contributions processed through Shelby’s contribution module. Here are some important reminders about the process.

Please refer to Section 011403 of the Territorial Finance Manual for further details. And remember, there are no special calendar year-end procedures in Shelby. Simply follow your normal monthly processes for receipting.

For those embarking on accounting careers, achieving a professional designation is a major milestone. We congratulate seven individuals in the Finance department who have completed the requirements for the Certified General Accountant or Certified Management Accountant designation in the past year. With the merger of the three national accounting bodies in Canada, they can also describe themselves as Chartered Professional Accountant.

Candace Branton CPA, CMA comes from the small town of Thornlea, Newfoundland, just outside St. John's. After high school she moved to the city and began the Business Management program at the College of the North Atlantic. Graduating in April 2012, she then began the accelerated program with the CMA while working in our St. John’s office as the Senior General Accountant. In October 2013 she was promoted to Assistant Director.

Nini Chen, CPA, CGA grew up in the Vancouver area. She earned a Bachelor of Applied Science degree at the University of Toronto and a Diploma in Business Administration – Accounting at Kwantlen Polytechnic University. She joined The Salvation Army in 2012 as a Staff Accountant in our Toronto office. Nini moved from Accounting Operations to the Financial Accounting group in 2013.

Alex Ciceu CPA, CMA moved to Canada from Romania in 2003. He went to school in North York and attended York University where he obtained an Honours Bachelor of Business Administration degree in 2012. Alex joined the Toronto office in 2014. After a stint in Accounting Operations, he now works as a Financial Analyst in the Financial Reporting group.

Irene Guo CPA, CMA is a native Torontonian who attended school in North York. She graduated with a Bachelor of Business Administration degree from the University of Toronto’s Scarborough Co-op program in 2011. Irene joined our Toronto office in 2014 as a Staff Accountant in the Financial Accounting group where she works on the General Ledger team.

Fang Han CPA, CGA grew up in Tianjin, China, where she obtained a Bachelor’s degree in Social Science at Tianjin University. After immigrating to Canada, she earned a Diploma in Business Accounting at Algonquin College in Ottawa. In 2008 she joined The Salvation Army as a Staff Accountant in the Toronto Financial Accounting group.

Dawn Tang CPA, CMA grew up in the Canton province of China, and came to Canada a few years ago to study. She went to York University and graduated with a Bachelor of Business Administrative Studies degree. Dawn joined the Financial Accounting group as a Senior General Accountant on the General Ledger team in September 2013.

Vivienne Zhu CPA, CMA came from Nanjing, China to study at the University of Toronto, Scarborough, in 2007. She graduated with a Bachelor of Business Administration degree in 2011. Vivienne joined The Salvation Army in 2014 as a Staff Accountant in the Toronto office’s Financial Accounting group.