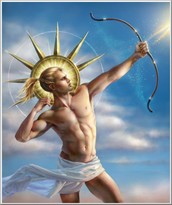 Apollo is an immortal god.

Apollo is the god of music.

~Apollo owned the precious gift of prophecy, given to him by his father.

~His name came from the greek word Apollyon meaning destroyer.

~He was often seen playing a golden lyre.

~His twin sister is Artimis.

~He is the god of music.

~Holy animal is the Dolphin.

~He slayed the giant tityos.

~He had the power to heal.

~He caused a invasion of mice. 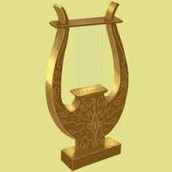 Why I chose Apollo

How this represents my personality?

This represents me because he plays an instrument and I play one too! Apollo has the power to heal people! I also like to help people! Apollo has a sister I also have a sister.
Apollo Greek God

www.pantheon.org
The son of Zeus and Leto, and the twin brother of Artemis. Apollo was the god of music (principally the lyre, and he directed the choir of the Muses) and also of prophecy, colonization, medicine, archery (but not for war or hunting), poetry, dance, i...
Paste in your blog/website to embed.