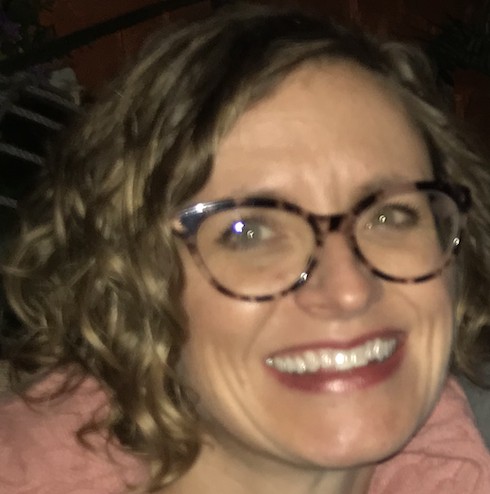 All Work is Graded and Grades have been Updated :-)

Thanks for your diligence in turning in your work throughout the two week grading period this time. It has really made a difference in my ability to provide quality feedback. I appreciate you and all of your hard work! Let's do it again this go around! :-)

In this painting, Frenchman Marquis de Lafayette, Revolutionary War Veteran, is portrayed reviewing the Georgia Hussars, the Chatham Artillery, and the Savannah Volunteer Guards from the balcony of the Owens-Thomas House in Savannah during his 1825 visit to the state.

The Hermitage Plantation (1830), outside of Savannah, was owned by the French settler the Marquis de Montalet. Architect Charles Cluskey designed the house. Handmade bricks made at the plantation in the 1840s can be seen in some Savannah houses.

Between 400 and 600 Acadians, who were most likely farmers from western France, arrived in Georgia in the 1750s. Some of these French people left Georgia, heading for Novia Scotia and also New Orleans. Others stayed behind and lived in poverty, working on plantations and in the shipping industry.

In the eighteenth and early nineteenth centuries, distinct populations of French immigrants arrived in Georgia—Huguenots, Acadians, refugees from the French Revolution, and colonists in flight from slave rebellion in Haiti.

The Huguenots were French Calvinists who fled religious persecution under Louis XIV; they came to Georgia via South Carolina. A large Huguenot community in South Carolina dates from the 1680s, and some of its members crossed into Georgia as early as the 1730s. Lacking a French Protestant church in Georgia, Huguenots often affiliated with Anglican congregations. John Wesley, the founder of theMethodist Church, reported visiting a French-speaking village near Savannah in 1737. By 1745 an Anglican priest in Savannah offered to hold services in French for their benefit.

The Acadians arrived in Savannah as unwilling emigrants. Acadia, the original French name for Nova Scotia, came under British rule in 1710. The 6,000 French settlers there in 1755 had been dispersed by the British, who doubted their loyalty at the outbreak of the French and Indian War (1754-63). The 400 Catholic Acadians sent to Georgia found themselves in a colony that forbade the practice of their faith. The destitution they experienced encouraged many to accept passports to leave Georgia in the spring of 1756 and travel to colonies farther north. The 100 to 200 Acadians who remained behind built huts outside Savannah and made oars and other sailing implements; still, poverty and illness debilitated them. At the war's conclusion in 1763, the Acadians left Georgia, where they had lived in misery and without the comfort of priests. Many resettled in the French colony of Haiti.

With the outbreak of revolution in France, a stream of French immigrants came to America, mainly between 1790 and 1793. In Georgia the largest communities of refugees were located in Savannah and Augusta, but pockets of French settlers found their way to Wilkes County, as well as to the barrier islands of Sapelo, Jekyll, and Cumberland. Merging with the wave of emigrants from France were those from Haiti. A slave uprising in 1791 sparked an exodus of colonists from Saint Domingue, as Haiti was then called. Some immigrants arrived in Savannah early in the 1790s, but others came to Georgia as late as 1809 after intermediate stops in Baltimore or Philadelphia. A sizeable contingent of Haitian refugees settled in Augusta, while a small but visible group lived in St. Marys.

The increasing number of French Catholic refugees in Georgia at the end of the eighteenth centuryled to a stronger presence of the Catholic Church in the state. A French-speaking congregation received a trust lot in Savannah in 1799 to build a Catholic church. The small wooden chapel on Liberty Square, dedicated to St. John the Baptist, opened its doors in March 1801. By 1810 a largely French parish was also organized in Augusta, and the Church of the Most Holy Trinity was completed in 1814.

The French identity was still intact in 1825 when Lafayette received delegations of French descendants in Savannah and Augusta during his tour of Georgia. By mid-century this identity had largely disappeared through assimilation.