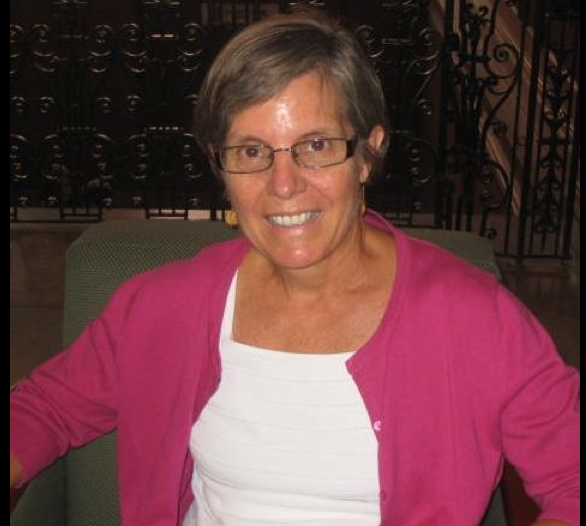 Changing Libraries – Leaders Needed, by Susan Schnuer, Associate Director of the Mortenson Center for international library program at the University of Illinois at Urbana Champaign

Susan Schnuer has worked at the Mortenson Center for International Library Programs for the past twenty-five years and is current the Associate Director. The Mortenson Center is a unique program located at the University of Illinois in the United States. The Center offers intensive professional development programs tailored to meet the needs of librarians around the world. Schnuer has been involved in the development and implementation of professional development programs for the over 1200 librarians from more than 90 countries. Schnuer has extensive experience with leadership programs.

Schnuer received her B.A. from Tufts University, her M. Ed. From Boston College, and her M.S. in Library Science from the University of Illinois. She began her career as a bilingual education teacher in the Boston area then worked as a trainer for a number of years at the National Clearinghouse for Bilingual Education in Washington D.C.

Schnuer has been invited to present at meetings and conferences world-wide on a full range of library-related topics. She has been actively involved for many years with the International Relations Round Table of the American Library Association (ALA) and has participated fully in activities of the International Federation of Library Associations and Institutions (IFLA).

Leadership: a bridge between tradition and innovation in libraries, archives and museums of the Caribbean

Library, archive and museum professionals are all confronted to change: new technology, new audiences, new services, new challenges. Also the traditional workforce is retiring and it is very important to have a legacy for all information professionals. Leadership is seen as tool as well as a philosophy to bridge the gap between changing times and expectations.

1) Lessons from the past: recognizing leaders in Caribbean libraries.

3) Best practices in Innovation in the Caribbean.


Activities: Innovation workshop, leadership workshop, plenary sessions, poster session of Caribbean library, museum and archives leaders, as well as other innovative sessions. And of course many exciting opportunities to mix, learn, and have fun!!!

In Port-au-Prince, capital of the Republic of Haiti, stands a monument erected to celebrate a hero whose name is not remembered: the first African “maroon” of the New World. In this homage to the anonymous hero of an oppressed race, the artist wished to convey a more universal message: that throughout history and beyond all regional boundaries, humanity’s destiny is freedom.

The man represented in this sculpture (bronze, 3.40 meters long by 2.60 meters high) is a half-naked fugitive. At his ankle, the bracelet of a broken chain, his right knee on the ground, his left leg stretched back, his torso arched, he holds in his left hand the conch in which he is blowing to alert his brothers and sisters, his face turned upward toward the sky. In his right fist leaning on the ground he holds a machete bearing the artist’s signature. The conch symbolizes the rallying call to fight for freedom, the machete is the symbol for armed revolt and the broken chain represents rupture from bondage.

A detail from this famous sculpture will be our definitive logo for the ACURIL 46th conference in Haiti.

WE ARE ALL ACURILEANS. REGISTER TO THE CONFERENCE AT