sena is using Smore newsletters to spread the word online.

Get email updates from sena:

By : Sena and Kasey

By : Sena and Kasey 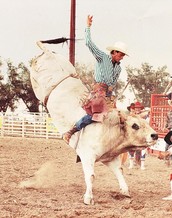 Lane Frost was a professional bull rider and yes bull riding is a sport, like football and soccer. He mostly rode in western states with rodeo circuits in Utah, Wyoming, Arizona, Texas, and Colorado to name a few and even as north as Canada. One of his famous quotes was, "Don't be afraid to go after what you want to do and what you want to be, but don't be afraid to be willing to pay the price," ~ Lane Frost . 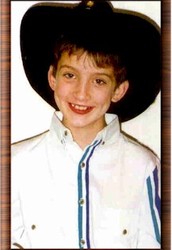 Lane was born on October 12, 1963 in La Junta, Colorado. His home was in Utah but his mother Elsie, was staying with her parents while Lane’s father, Clyde, competed in the rodeo circuits.
He had an older sister, Robin, and a younger brother, Cody.

He was raised in La Point and Vernal Utah until 1978 when his family moved to Lane, Oklahoma, (The name of the town was a coincidence.) He started wrestling in middle school while in 7th grade, then he moved to Venal, Utah from Oklahoma after middle school. The high school he attended didn't have a wrestling team so he began to focus his energy on bull riding.

Lane was married to Kellie Kyle on January 5th, 1985. They were only married for 4 years until Lane's unexpected death. They had no children. Lane traveled frequently on championships rodeo circuits and was away from home much of the time.

Lane won his first awards when he was 10 years old in the "Little Buckaroos" rodeo in Utah.

1981 - When he was a junior in high school he won the bull riding championship with the National High School Final Rodeo Association.

1988 - He competed in the Winter Olympics in Calgary, Canada and won the bronze medal. The US Team won the gold. (This was the only time rodeo was in the Olympics.) He was knocked unconscious for almost 5 mins. after one of his rides.

1987 - He competed in the "Challenge of the Champions," a 7-event match-up with Red Rock, the World Champion bucking bull. Red Rock had not been ridden in 309 tries.

Lane won the match-up, riding Red Rock 4 out of 7 times.
He competed in Hawaii at an event that featured unridden bulls. Lane was able to successfully ride his bull in the competition.
He was the bull riding champion of "Dodge National Circuit Finals," in Pocatello, Idaho
At the finals, he rode 7 out of 10 bulls, finished 6th in the "World Standings"
and 5th in the "National Finals Rodeo" earnings.

1989 - He helped to organize "Bullmania," A tribute to Freckles Brown a bull riding event

named for his good friend & teacher, Freckles Brown.
He then competed in "Cheyenne Frontier Days" on July 30, 1989 and
was killed by the bull, named "Takin' Care of Business", after his dismount.

Death of a Rider

Lane Frost was a World Champion bull rider killed in Cheyenne, Wyoming in 1989 while
competing in the popular, "Cheyenne Frontier Days" Rodeo.

After a successful 8-second ride, Lane dismounted from the bull, " Takin' Care of Business." The bull quickly pivoted and came up behind Lane and hit him twice before Lane even had a chance to completely stand up from his dismount. The second time the bull hit him with his horn, breaking Lane’s ribs, which severed a main artery. Lane died within moments. The bull was not destroyed, sold, nor retired after Lane's death, but remained in the rodeo circuit for 5 months. The last rodeo that "Takin' Care of Business" was ridden on was the National Finals in 1990. 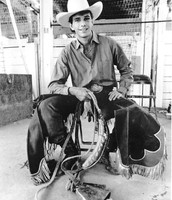 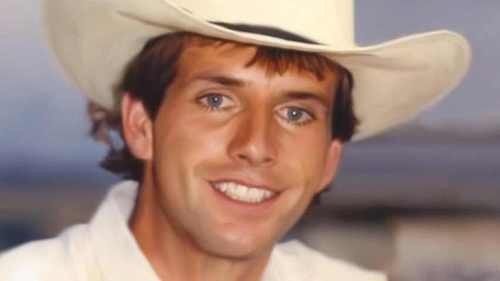 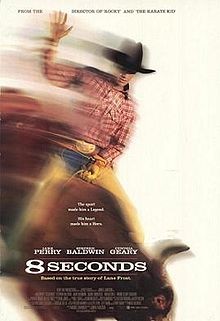 A few years after Frost's death they made a movie about his accomplishments.8 seconds is how long you need to stay on the bull to win.

Lane Frost played by actor, Luke Perry is a cowboy who rises to become a professional bull riding champion in the 1980's. Along the way, he encounters some nasty injuries and the ups and downs of married life with barrel racing champion Kellie Kyle, played by Cynthia Geary. Throughout his rise, Lane is aided by his buddy and champion rider Tuff Hedeman, played by Stephen Baldwin. However, Lane has trouble staying at the top of a dangerous sport where not much separates winning and great peril.

sena is using Smore newsletters to spread the word online.