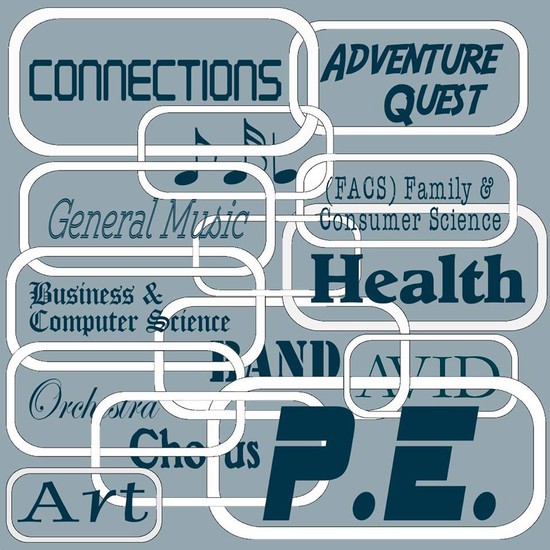 What does "Connections" mean?

Connections classes are akin to "Specials" in elementary school. Each grade has two (2) periods of connections each day. There are two connections options, see below.

SOME INFORMATION ON CONNECTIONS:

OPTION A - GENERAL CONNECTIONS PROGRAM: This option is for those students who wish to explore several different program areas and who do not wish to be in Band, Chorus or Orchestra. Students will participate in eight (8) connections classes per school year. Each Connections class lasts for nine (9) weeks.

All students will participate in Health and P.E. Each of these connections classes will be for nine (9) weeks. 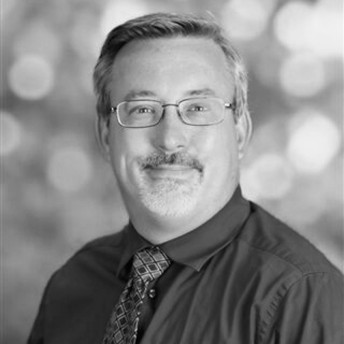 Let's Hear It For The Band

Mr. Todd Wilson graduated from The University of Georgia with a Bachelor's degree in music education in 2000 and a Master's degree in music education in 2002. Mr. Wilson completed his Education Specialist degree in Music from Auburn University in 2006 graduating. He is married to Mrs. Wendy Entrekin Wilson, Band Director at Autrey Mill Middle School, and has two wonderful children, by marriage, Morgan and Kalen. Mr. Wilson has also been nominated for Teacher of the Year three times and was nominated four times for the Atlanta Families Award. While attending The University of Georgia, Mr. Wilson performed with the UGA Wind Symphony, Symphony Band, Symphonic Band, Men's Glee Club, UGA Steel Drum Band, UGA Drumline and Indoor Drumline. Mr. Wilson conducted one of the collegiate concert bands as a graduate assistant. Mr. Wilson is very active in the State of Georgia in Music. His duties include: District Honor Band Co-Coordinator, Percussion coordinator for District V Middle.

In recent years the band has competed and placed first in all competitions from 2010 to the present. These events include: The Smokey Mountain Music Festival, Southern Star, The Busch Garden Classic, and Orlando Fest Music Competitions. This year the 7th and 8th grade group will be returning to Orlando to try and defend its first place ranking. The 6th grade Band takes a trip to Six Flags, and the 7th/8th grade Band takes an annual trip to Florida, alternating years to Universal Studios & Islands of Adventure and Busch Gardens as Band Trips. 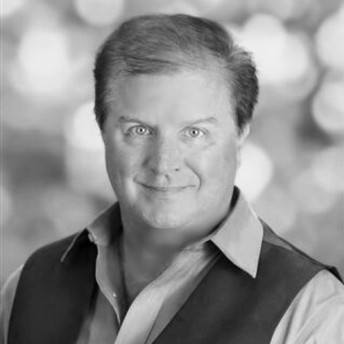 Chorus Puts a Song in Our Heart ♡

Mr. Charles Baugh is a graduate of Georgia State University with a Bachelor of Music in Music Theory and an Associate of Science in Commercial Music/Recording. He has been a featured tenor soloist (i.e. Choral Guild of Atlanta, Michael O’Neal Singers and Chamber Singers, Sessione Senese per Musica e L’Arte). Mr. Baugh has performed in Italy and London. His credits include the Atlanta Opera Chorus, Atlanta Symphony Orchestra Chorus, and at Renaissance Festivals in multiple states. Mr. Baugh has been featured in Atlanta area productions such as Titanic: In Concert, A Christmas Carol, Hamlet and the Night Visitors.

During the school year, performances will be a staged music drama, holiday concert, and cluster concerts with feeder schools and high schools, and a Spring Concert (last year's Spring Concert featured tunes from Disney). Students will have the opportunity to perform for each other in class on "Recital Days " (similar to TV show "The Voice). On "Rock Out Fridays" students on sing songs of their choice (i.e. "Don't Stop Believin') while they play instruments, i.e. guitar, keyboard, percussion, vocal, etc, 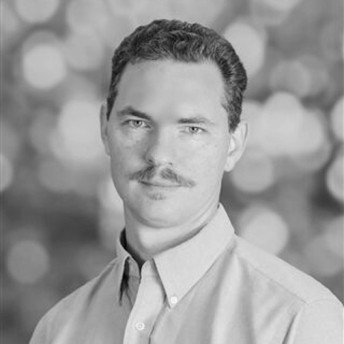 A Standing Ovation for Orchestra!

Mr. Seth Gamba graduated from Indiana University with a Bachelor’s degree in Music Performance and Civics where he studied with Larry Hurst – one of the best bass teachers in the world. He went on to earn his Master’s of Music Education from the University of Georgia. Mr. Gamba is a published author and composer. Mr. Gamba’s book on teaching rhythm and pieces he’s written for student Orchestras are used frequently by teachers around the world. You can check out some of his published works here.

Mr. Gamba is deeply involved in the art of teaching music and is a frequent clinician helping to train others. He has run training sessions for music teachers in Fulton Co, Fayette Co, and Atlanta Public Schools. He has been contracted by the Woodruff Arts Center to run teacher trainings, and he has presented multiple training sessions at the annual GA Music Educations conference. Mr. Gamba has also run trainings at national conferences in Louisville, Nashville, and Chicago. In conjunction with his teacher training activities, he maintains an active YouTube channel with videos devoted to string instrument technique with an emphasis on Double Bass. (You can see some of those videos here.)

The EPMS Orchestra under Mr. Gamba has been a multiple award winning group. They have won first place in numerous competitions including the Smokey Mountain Music Festival and Music In The Parks. They have also been a featured performing group at the GA Music Educators Association conference (check out this video!). Mr. Gamba has been recognized as EPMS Teacher Of The Year and is also an 11 Alive Class Act Award winner.

Mr. Gamba is an active musician in the Atlanta area performing frequently as a professional musician. He also maintains a full private lesson studio in addition to teaching at EPMS. In addition to performing as a bass player, he is also in the rock band The Expats where he switches off between electric violin and drums.