By Joseph Birch and Spencer Jones

By Joseph Birch and Spencer Jones 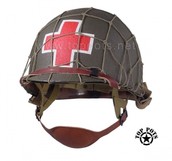 How advanced was medical treatment and technology during the Vietnam War?

In World War 2, a lot of advances in medicine and medical treatment were made, especially during pre-war. In 1939-1945 the development of M+B 693 and M+B 760. Both were used to treat infections such as sore throats and pneumonia. Another was the discovery of penicillin. It was used on wounded men after D-Day and proved to be very effective to gangrene ( the death of tissue in part of the body). Despite the changes in warfare, one problem that barely changed was the time lapse between when a man was wounded and when he could be operated on by a surgeon. In the British Army, the average time lapse was acknowledged to be 14 hours. Prior to the use of penicillin, such a period of time allowed a wound to fester. With the use of a penicillin dressing, the chance of a wound getting infected was vastly reduced and survival chances greatly increased.

The technical development of the helicopter ambulance, a primitive version of which had been used to a limited extent in the Korean War, the growth of a solid body of doctrine on, air evacuation procedures, and the skill, ingenuity, and courage of the aircraft crewmen and medical aid men who put theory into practice, in a hostile and dangerous environment made possible the hospitalization and evacuation system that evolved in Vietnam. The system worked effectively because it was compatible with the characteristics of warfare in that country. These advances included using helicopters to transport soldiers and the development of the mobile army surgical hospital (MASH) unit, which was designed to bring experienced surgeons closer to the front lines so that wounded soldiers could be treated more quickly. A seriously wounded soldier who arrived at a MASH unit had a 97% chance of survival after treatment.