Manifest destiny was the idea that the United States possessed a God-given right to expand its territory from the Atlantic Ocean to the Pacific Ocean. Some proponents of the idea even suggested that the country should absorb Canada, Mexico, and the nations of Central America and the Caribbean. The concept justified rapidly expanding white settlement throughout the mid- and late 19th century. 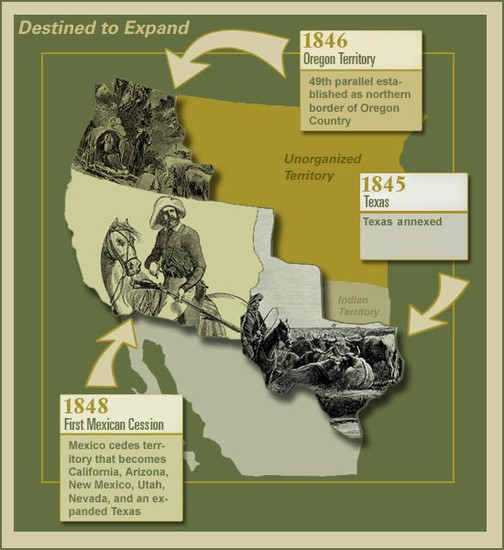 Settlement of the West

Follow Deanna Jakubowsky
Contact Deanna Jakubowsky
Embed code is for website/blog and not email. To embed your newsletter in a Mass Notification System, click HERE to see how or reach out to support@smore.com
close