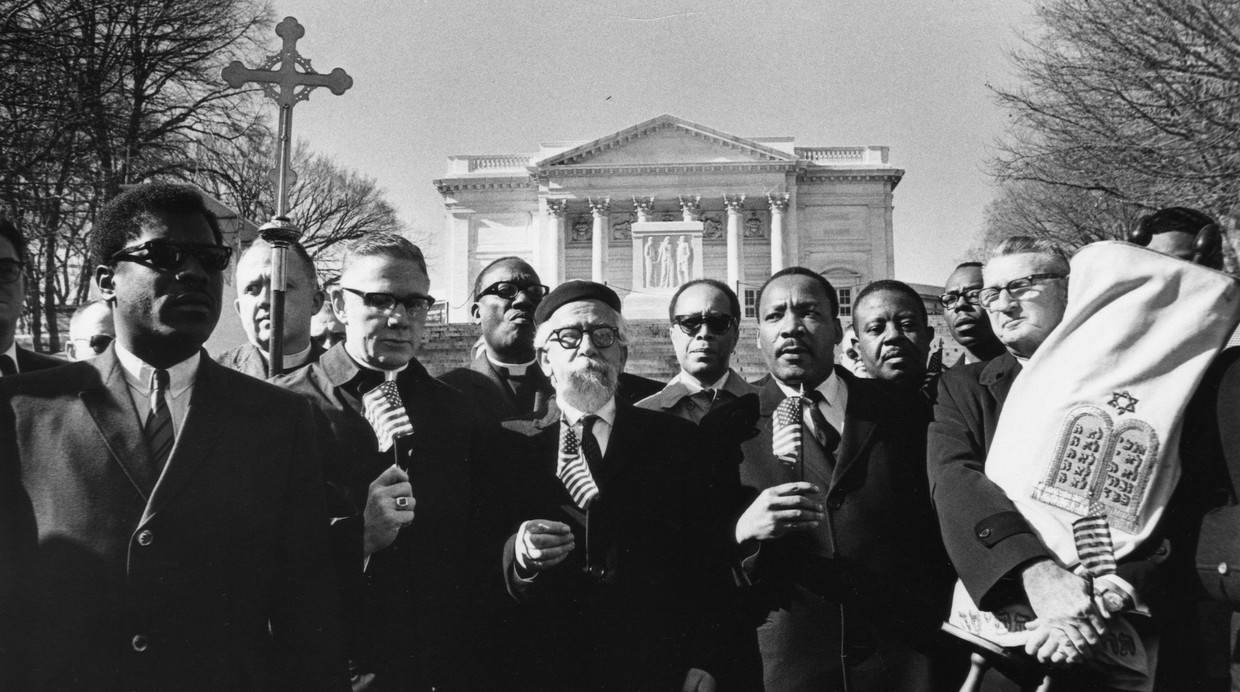 We at Alliance for Jewish Theatre stand in solidarity with those calling for justice and the end of racism in our country. We support the artists and activists, neighbors and friends raising their voices and speaking out against violence toward Black community members. We are unequivocal in our belief that Black lives and their stories matter. Let us not forget that because they are the lives and stories that built this nation. George Floyd, Breonna Taylor, Tony McDade, Amaud Arbery, Oscar Grant, and countless others matter. #BlackLivesMatter

“Racism is man’s gravest threat to man – the maximum of hatred for a minimum of reason.” — Rabbi Abraham Joshua Heschel

AJT has set-up an Anti-Racism Committee to figure out the many ways we can help fight the battle against Racism and White Supremacy. We're taking some time to launch initiatives and programs to meet the moment. If you have any questions or ideas, please reach out to let us know. In the meantime, check out our resources and tools below. 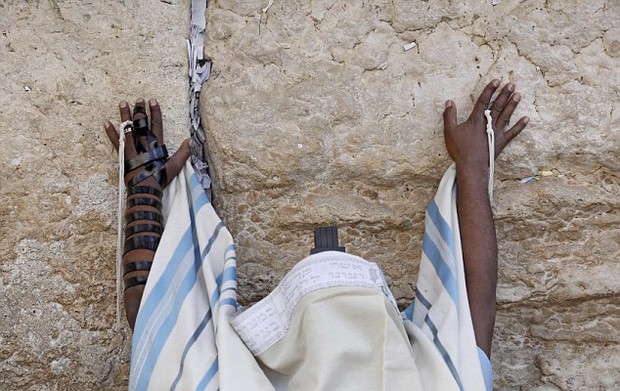 Donate and perform tzedakah
Be’chol Lashon (Hebrew for “in every language”) strengthens Jewish identity by raising awareness about the ethnic, racial and cultural diversity of Jewish identity and experience.

The Black Theatre Network is comprised of artists, educators, scholars, students and theatre lovers who are dedicated to the exploration and preservation of the theatrical visions of the African Diaspora.

Rabbi Sandra Lawson is a rabbi, an activist, a public speaker, and musician.

Watch a Kabbalat Shabbat service held on Juneteenth and led by Rabbis Sandra Lawson and Isaama Goldstein-Stoll. Junteenth is a special holiday commemorating the day when the enslaved people of Texas were freed, more than two years after the Emancipation Proclamation. 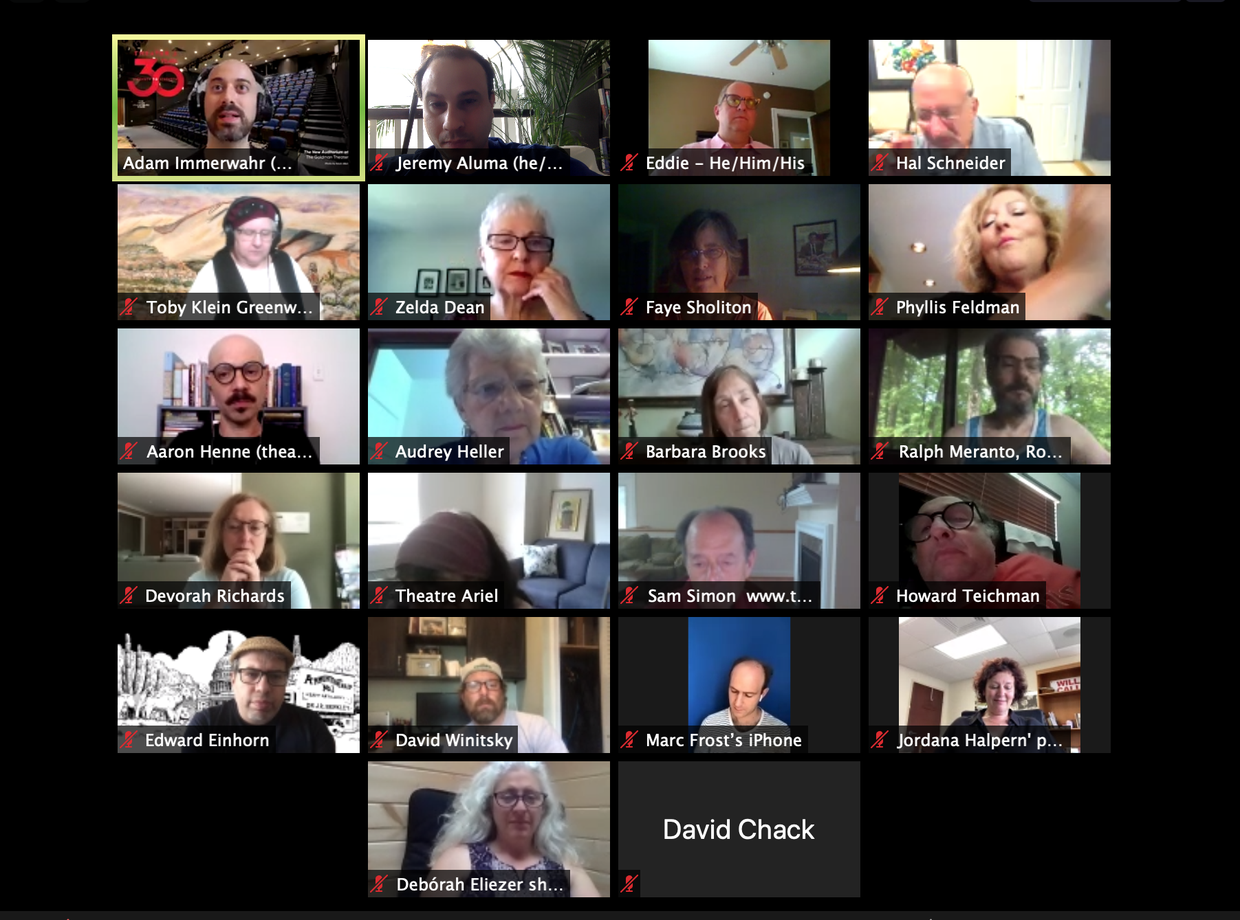 Our members have expressed an interest in connecting with one another more frequently, and we are pleased to introduce AJT Talking Circles.

AJT Talking Circles began in June with our first Zoom gathering for Institutional Leaders and Artistic Directors. This event was hosted by Adam Immerwahr and was attended by 22 of AJT's artistic directors and leaders. Later in the Summer we will launch a Talking Circle Zoom gathering for Individual Artists. Each month we will host Talking Circle meetings for our various AJT cohorts. The discussion will feature a different topic and a host for each meeting. The host / leader will work with Executive Director Jeremy Aluma to come up with a specific idea and agenda to discuss at that particular meeting.

The aim of these meetings is to share ideas and expertise (and, yes, kvetch) -- while building and fortifying our network and community of artists and institutions. We welcome recommendations for ideas and hosts -- and for distinct ways to encourage dialogue and discussion.

If you're interested in joining our newly enacted AJT Institutional Leaders and Artistic Directors Talking Circles and haven't received an invitation, please email jeremy@alljewishtheatre.org for an official invitation.

All Alliance for Jewish Theatre Members now have two places they can list their names and credentials on the AJT's website: (1) AJT's Member Profiles and (2) AJT's Member Directory.

If you are an AJT Member and your name doesn't already appear on our website, please let us know, and we will add it. https://alljewishtheatre.org/members/individuals/

Additionally, if you don't yet have a linked profile (see orange names), you can email the content to jeremy@alljewishtheatre.org and he will upload it for you.

This as a Public Member Directory for the Alliance for Jewish Theatre members and community. This is intended as a resource for Producers, Directors, and other Artists to identify artists for their theatre projects around the world -- as well as a tool for folks to get to know each other better. If you want to be added to the AJT Public Member Directory, please email info@alljewishtheatre.org to receive the submission form. 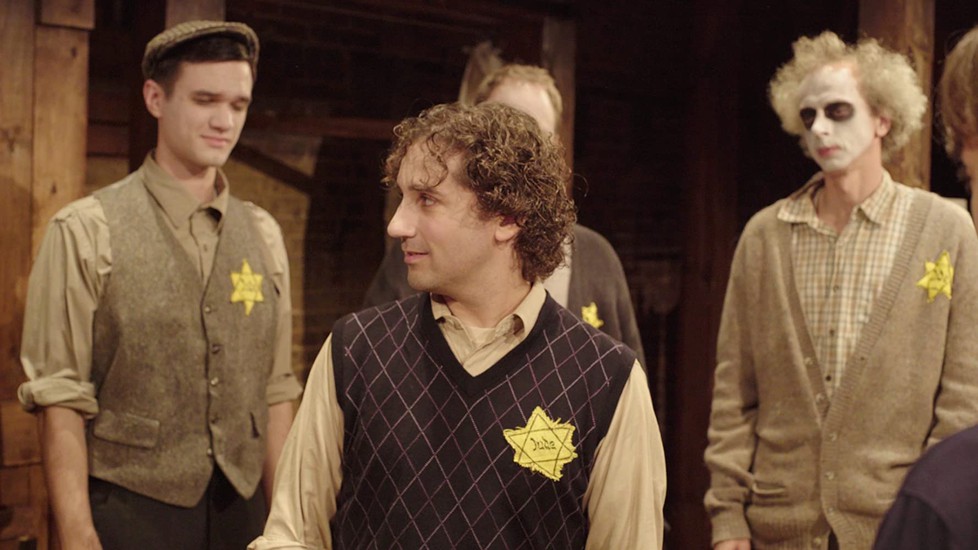 Edward Einhorn (NYC) directs a film of The Last Cyclist (production photo above), a stage comedy originally written by Karel Svenk in the Terezin camp, during the Holocaust. Restored by Naomi Patz, directed by Edward Einhorn. The lunatics have escaped from the asylum and they have decided that the cyclists are to blame for all their troubles. Performed in a style inspired by commedia and Czech cabaret traditions, common influences in the camp. Filmed at La MaMa in New York.

Theater J (Washington D.C.) is offering five new online Classes for Theater Lovers in July and August, taught by top DC theater artists/teachers. Classes include "The Art of Adaptation," "The Actor as Collaborator," "Creating a Character," "How to Watch a Play," and "Inside the Designer's Studio."

JCC CenterStage Theatre (Rochester, NY) presents BROADWAY ON PAUSE… Join four Broadway insiders for a talk about the impact of the pandemic on Broadway and how the industry is taking an inward look at racial injustices. Steve Rosen (The Other Josh Cohen), Bruce Sabath (Fiddler on the Roof in Yiddish), DeAnne Stewart (Jagged Little Pill) sit down with Tony Award-winning producer Rachel Weinstein.

Rich Orloff's (NYC) new Zoom adaptation of his short comedy CAN THIS MARRIAGE BE SAVED? (which has had over 100 stage productions around the world) is now available for viewing on YouTube. In the play, the Human Being takes God to Holy Divorce Court to sue for divorce on the grounds of abandonment and neglect.

Hank Kimmel's (Atlanta, GA) monologue "A Passover Eulogy: A Fifth Question," written for the AJT Telling Monologue Project, will be included in Monologue Free-for-All, which will be produced on July 19 by Open Eye Theater in upstate New York. For more information, contact hwkimmel@gmail.com

Michael Halperin's (Encino, CA) book MY NAME IS DAVID: SEARCH FOR IDENTITY is getting published by Floricanto and Berkeley Presses. Rescued from the Warsaw Ghetto by Polish-Christians, a young Jewish boy hides in the guise of a Polish child. In a remarkable act of altruism his rescuers refuse to abandon him as they traverse war-ravaged post-Holocaust Europe seething with a new rise of Anti-Semitism.

Debórah Eliezer (San Francisco, CA) creates workshops on: How do we cultivate states of theatrical aliveness in a digital-centered time? What does it mean to make theater when we’re physically apart? Together we’ll explore ways we connect to place and each other. Using meditation, song, writing and small-group exercises we’ll go on a hunt for moments of theatrical inspiration. All seekers welcome. Suitable for anyone looking for more creative connection, stress-relief and kindred spirit. No experience necessary. $0-$30 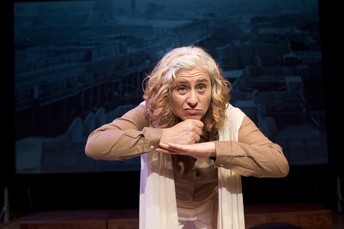 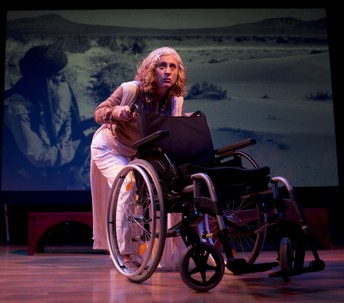 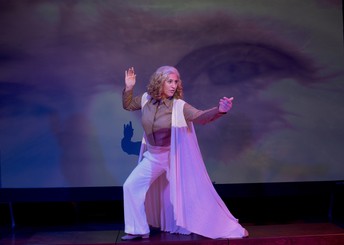 Make a Connection with the AJT: Introducing Debórah Eliezer (Our June 2020 Featured Member)

What are you creating in this current crisis?

I’m working on the art of transition, focusing on creating new models for the future of theater. (and when I can’t handle that anymore, watching Korean episodic romance. Have you checked out Korean TV yet?) But I digress. As the new sole artistic director of foolsFURY Theater (as of last week!) I’m asking a lot of questions. How does an historically white/white-passing ensemble theater company survive the departure of the founding artistic director after 21 years, a global pandemic and a race revolution? Should we even survive at all or simply shutter? How do I navigate leading a company with a biracial lens? I’ve been having awesome conversations with folks from all over the country about how they organize their companies, how they’re holding themselves accountable to undoing systemic oppression and how they’re exploring new models of performance-making that put the artist at the center. It’s a completely stressful time (has anyone figured out how to clone us to be on multiple zoom calls at once yet?!) but it’s also full of creative potential.

As for artistic projects, I’m devising a new play with Katie Pearl and a diverse, working title The Library Project about a group of librarians, untold or hidden stories, and rewriting California textbooks. There will be immersive, participatory tours of the library and lots of ways to reconsider the California narrative. I’ve also been conducting a drop-in series focused on negotiating the nature of liveness called Holding Space.

How has your Jewishness been part of your theatre work previously and now during this pandemic?

I wrote and performed (dis)Place[d], a multi-character show centered around my Jewish father who was born in 1930 in Baghdad, Iraq, joined the underground at age 11, fled to Israel and became a spy for the Israeli government. The piece was about claiming a missing part of my identity, a part that complicated who I am, rather than simplified it. I think “complexification” is a part of how the world is coming to terms with racial justice and telling personal story is theater’s valuable contribution to building bridges of compassion in a broken world. My personal story of Jewishness asked me to look at my own history with humility, grace and love. Let’s lead with that.

Debórah Eliezer, (she/her), is the Artistic Director of foolsFURY Theater, an Associate Member of Golden Thread, and an artEquity Arts Facilitator Alum. Passionate about the power of human transformation, her work focuses on disrupting assumptions about art, human values and society. An arts administrator, theater maker and cultural provocateur, she creates with a focus on ensemble collaboration. Passionate about the power of community, her work focuses on disrupting assumptions about the relationship to art, human values and society. With foolsFURY, Eliezer has created and performed in world premieres: Dionysus Was Such A Nice Man, by Kate Tarker, * (dis)Place[d] (writer/performer), The Unheard of World by Fabrice Melquiot, Faulted by Angela Santillo, Port Out Starboard Home with Sheila Callaghan, Monster in the Dark with Doug Dorst, The Devil on All Sides by Fabrice Melquiot, All You Can Eat by Steven Morgan Haskell, and The Jensen Files by Ben Yalom. 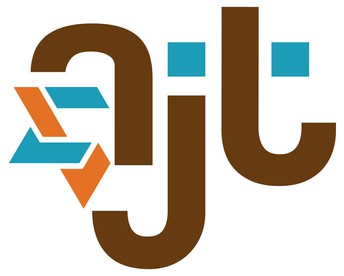 Facebook @alljewishthtr
AJT's mission is to develop, innovate, promote, and preserve theatre with a Jewish sensibility. AJT is a 501(c)3 non-profit organization made up of theatre-artists, theatres, and other people connected to theatre to promote the creation, presentation, and preservation of both traditional and non-traditional theatrical endeavors by, for, and about the Jewish experience.
jeremy@alljewishtheatre.org alljewishtheatre.org/

Follow Jeremy Aluma
Contact Jeremy Aluma
Embed code is for website/blog and not email. To embed your newsletter in a Mass Notification System, click HERE to see how or reach out to support@smore.com