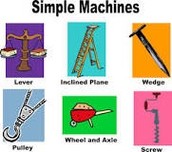 A simple machine is one of the six basic types of machines of which all other machines are composed.

The purpose of a lever is that you can use it for a mechanical advantage when lifting heavy loads, moving objects at a greater distance or increasing the velocity of an object .There are three classes of a lever depending on the location of the fulcrum and of the input and output forces, (1st, 2nd, 3rd class). Two examples from any class of the levers would be a claw hammer and canoe paddle. 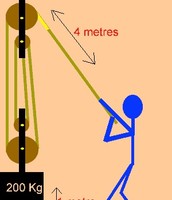 A pulley can be described as a wheel and axle or shaft that is used in a variety of ways. For example a flag pole because when someone attaches the flags he/she then has to pull ,back to back, multiple times to get the flag to the top. Also another example would be an elevator or crane.

A wheel and axle consists of a wheel mounted upon an axle. This simple machine is not as efficient as the lever because it's purpose is to overcome the resistance of friction. Wheel and axles have many uses in everyday life such as your steering wheel, a door knob, and a tread mill.

An inclined plain is a flat surface that is inclined at a horizontal angle that can be used to raise or lower a load. 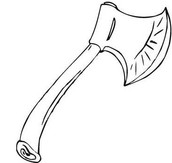 A wedge can be described as a portable inclined plane that helps you push things apart , lift up an object, or help to hold an object in place. Some examples would be a fork,shovel, and a door stopper. 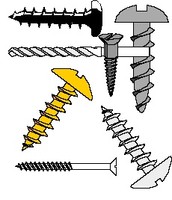 A sharp- pointed metal pin with a raised helical thread running around it and a slotted head, used to join objects like wood and holds tightly in place. Examples of a screw would a jar lid, door lock, and wooden handled cork screw.

* Efficiency is defined as the ratio between the amount of energy delivered from the machine to the energy needed in operating the machine.

* Both of these terms are related to simple machines because they are both parts of how the machine can operate.

A compound machine can be best described as two or more simple machines operating together. Two examples of a compound machine would be scissors because it consists of a lever and wedge ,and a bicycle because it's made up of levers, wheel and axles, inclined planes, and pulleys and screws.

Wheel and Axle - Balloon Car http://www.sciencebuddies.org/science-fair-projects/Classroom_Activity_Educator_BalloonCar.shtml, I would like to this project to learn how a balloon would be able to power the car and how it would even move at all.

Pulley - Miniature Ski Lift http://www.sciencebuddies.org/science-fair-projects/project_ideas/Phys_p100.shtml#summary , I would like to build this because I want to see how well the "ski lift" will transport the small objects from the beginning to the end.

Lever - Creating an Actual Lever http://www.sciencebuddies.org/science-fair-projects/Classroom_Activity_Student_Levers.shtml, I would want to do this so when my group builds the lever we could see how much weight it could withstand before giving out.

Inclined Plane - Slinking Slinkies http://www.sciencebuddies.org/science-fair-projects/project_ideas/ApMech_p019.shtml#summary , I want to do this activity because I want to see how the position of the inclined plane affects how the slinky will walk.

Screw - It's All In The Wrist http://www.sciencebuddies.org/science-fair-projects/project_ideas/ApMech_p039.shtml , I want to do this experiment because I think it would be interesting to see how just by turning a Archimedes screw pump how the water will begin to transfer water from a low-lying location to a higher location.

Wedge - Soap Carving http://homeschoolden.com/2013/11/12/simple-machines-unit-wedge-hands-on-activities/ I want to do this project because I would like to see how a carving made out of soap would turn out.