Get email updates from Jasmine:

The african rock python located mainly in the African Sahara of Ethiopia, lives in temperate, tropical, savanna, or grassland habitats. These creatures have been found at elevations from 0-2300 meters (7545.93 feet). They are known to be the largest snake in Africa recorded at 3-5 meters long (9.84-16.4 feet), and as adults they measure in around 121 pounds. The snake heads are triangularly shaped and covered in blackish-brown scales unevenly distributed through out their body and their skin tone is mostly muddy greens and brown shades. African Rock Pythons sexually reproduce between male and females annually producing 20-100 offspring one mating period. Mostly found in captivity since they are so dangerous they are known to live up to 30 years, these carnivores feed on birds and other reptiles, but they are being fed on by hyenas as their only real threat. They move using their bellies to slither through the terrain. These animals are tracked to other reptiles mainly land lizards. 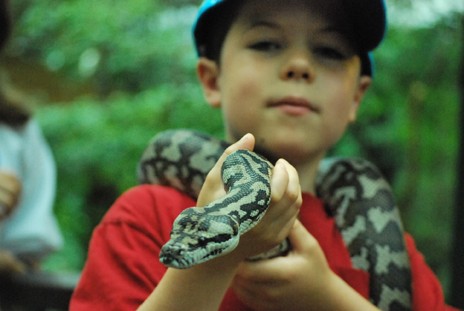 Follow Jasmine Williams
Contact Jasmine Williams
Embed code is for website/blog and not email. To embed your newsletter in a Mass Notification System, click HERE to see how or reach out to support@smore.com
close