This edition of Class News is written by Mrs. LeCroy. My goal was to have students write it, but we have just been so busy with our research, we haven't been able to use class time to write the newsletter. Hopefully we will have student writers next time.

February 14 - Next Charleston Deposit Due

There will be no progress reports this week because of the end of the 9 weeks. Reports are scheduled to go home tomorrow. Also, I reiterated the importance of students studying their notes in their journal first, then going to Quia. We have also found another app to replace Rover on the iPad to allow the Java to work. Puffin is an app that will work. The free trial only lasts 14 days, but I believe the paid version is $2.99. (This is not required, but only in case y would like to purchase it.)

Worm Bin as Part of our Gardner in Residence

Thank you so much for sending in the scraps and newspaper shreddings. We now have our very own worm bin, and the students are so excited. They will probably need to be fed again by mid week next week. We have plenty left over from today for next weeks feeding. Below are a few pictures.

We are taking a look at the red wiggler Mrs. O'Connell had.

We are feeding Mrs. O'Connell's worms.

Here, we are creating our own worm bin, specifically our green layer.

We are in the middle of a fraction unit. Students need to understand fractions in terms of numerators and denominators. Every student seems to have a good understanding of the parts of fractions and how to represent it. Next week we will focus more on mixed numbers and improper fractions, as well as fractions on a number line. We plan to assess on next Friday.

After the Revolutionary War, there was a time period called the Antebellum Period. We are studying the different classes of people during this time: Elite, Middle Class, Lower Class, Indepedent Farmers, Free African Americans, and Enslaved African Americans. Get your child talking about these by asking them to describe each of them. Hopefully by Monday they will be experts!

Our seeds have sprouted and we've placed them in our hydroponics containers. Next week we will specifically be looking at adaptations (behavioral and physical). The secret word is hydroponics. 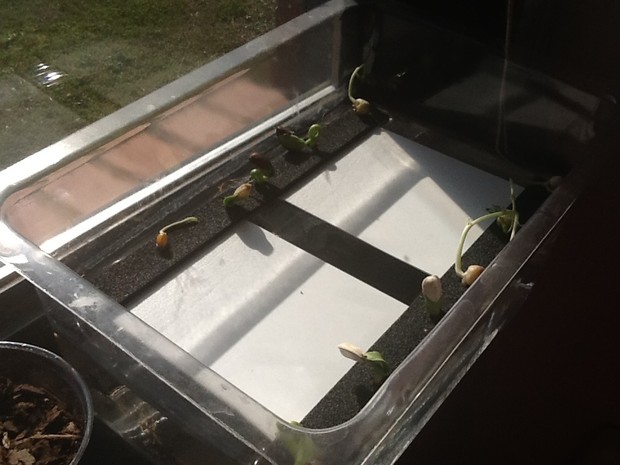 We are currently studying biographies. Students have checked out biographies on their personal interest. We are also completing our research projects. Students had chosen topics, have written questions, have cited sources, and are now organizing their writing into paragraphs. We will hopefully finish these up at the end of next week.