In this picture, you will see a lower elementary student being honored with a wish of gratitude by Ms. Molly at his birthday celebration.

September 26- Volleyball vs Newberry at home 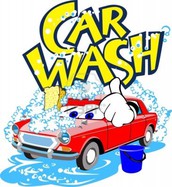 Come out and support our Middle School students as they raise funds for their Crow Canyon Archealogical trip this spring. 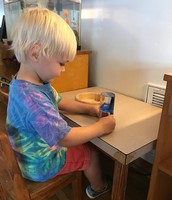 This toddler looks in wonder at his work.

A group of Lower Elementary students look in wonder at the red wiggler they found in horticulture. 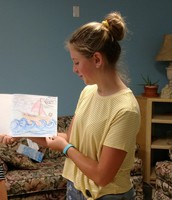 A high school student explaining the evolution of a compass using a children's story book she made.
https://www.youtube.com/watch?v=kuPetmcEAXQ 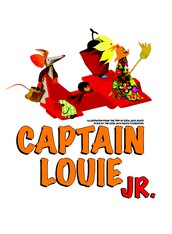 Please join us along with Upper Elementary as they present Captain Louie Jr. The productions will be Thursday, October 26- Saturday October 28. Stay tuned for further details.

Louie has just moved to a new town and is nervous to make new friends. Alone in his room, he takes flight in his imagination back to his old neighborhood, where he spends Halloween with his colorful crew of chums. Over the course of trick-or-treating and being introduced to the new kid in that neighborhood, Louie discovers that making new friends is nothing to be afraid of.

Mr. Will works with a few Upper Elementary students on fractions using cheese. 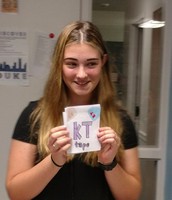 The volleyball girls placed 2nd at the Temple Christian Academy tournament this past Saturday after going 2-2 for the day. Emma Rogers was named to the all tournament team (picture included) for her great performance throughout the day.

On Tuesday, they celebrated Senior Night, with a send-off for the three seniors. They fought hard to earn the win over Cambridge Academy after going back and forth during the 4 sets. Mary Claire, Morgan & Emma were three of the seven girls who were willing to take the leap from playing in the local Rec league to really competing in the SCISA league. It has been great to see that their hard work the past few years is paying off, as the head into their last three regional matches with a 5-3 conference record.

Carter & Mitchell Wolken competed at the GTC Tiger Classic in Greenville on Saturday along with 600 other upstate runners. They raced one another to the finish (picture)!

On Tuesday, the team traveled to Boiling Springs to participate in the Spartanburg Christian Academy Invitational. The boys enjoyed only running 2 miles since it was a middle school meet.

Our three seniors were recognized on senior night along with their families. 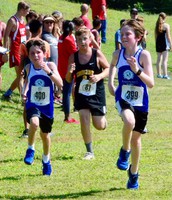 Two of our cross country athletes competing in the GTC Tiger Classic. 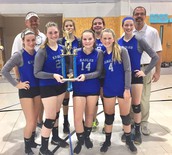 Please join us for our new Parent Education Series this year. It is our hope to help educate families on the Montessori Philosophy and what makes it so unique. Teachers across campus are working hard to create informative sessions that will be beneficial to our families. We hope that you join us for these events. Please let us know if there are topics you wish to hear about.

Thank you to the families who joined Lower Elementary, Upper Elementary, Middle School and High School this past week in our Parent Education Series. If you did not make it, please make sure to touch base with your children's teachers in order to receive any information you may have missed.

Please click on the links below to see the different topics being discussed at each grade level.

This Lower Elementary student digs up several carrots while in horticulture.

A group of Middle School students wait on a hay ride at Sky Top Orchard.

Please see the video below of one of our High School students presenting the history of Helium as a newscaster in modern day.
https://www.youtube.com/watch?v=f9kUZyPhFVY

We are continuing our school-wide effort to help victims of the recent hurricanes by collecting donations in classrooms across campus. To help, students may bring any amount of money to add to the "Help for Hurricane Families" jars in their classroom. We will continue working to fill our jars until the end of the month. Thanks for helping!