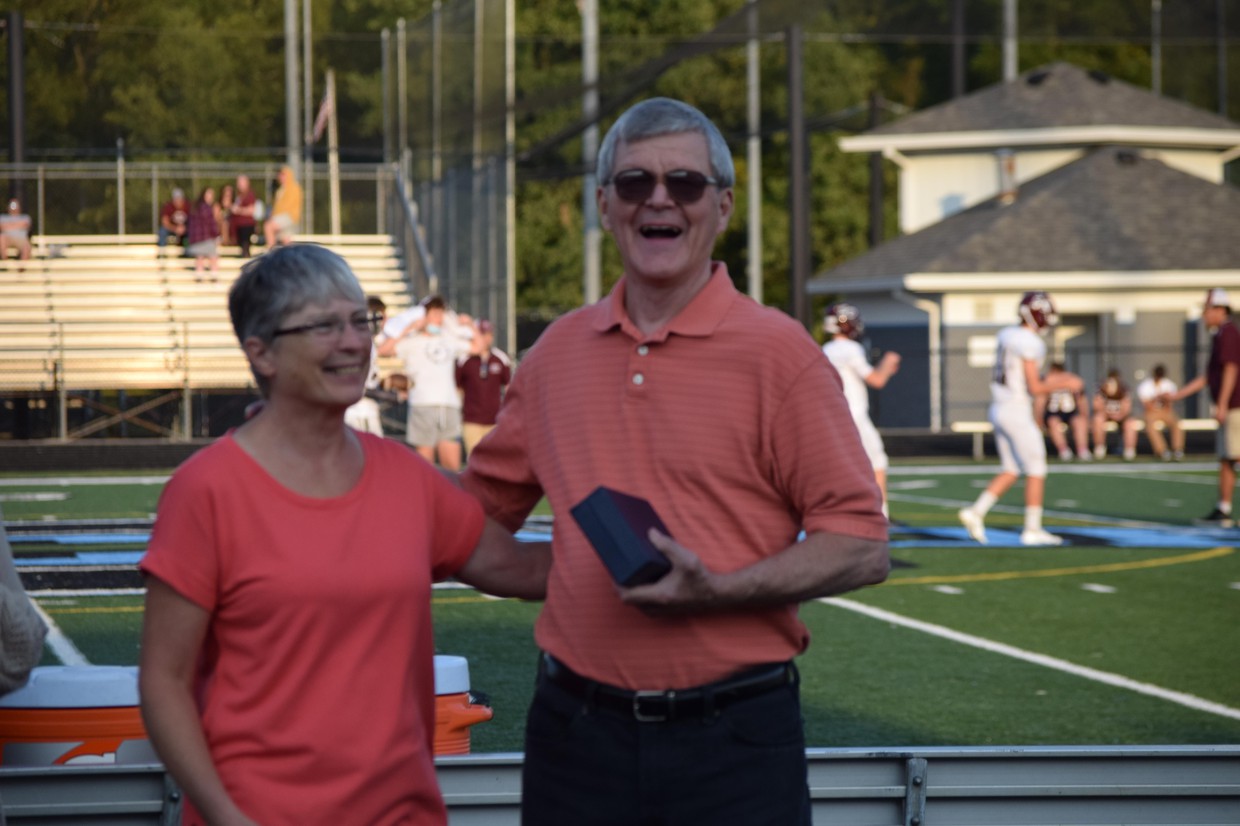 The Mill Creek Community School Corporation will be hosting a Community Trick or Treat Night outdoors at the Cascade High School track on Tuesday, October 26th from 5:30-7:00 p.m. Staff and students from clubs, teams, and other school organizations will be handing out candy that night. Elementary aged children can arrive in costume that night and take a lap around the track for trick or treating. It promises to be a night full of Halloween fun! 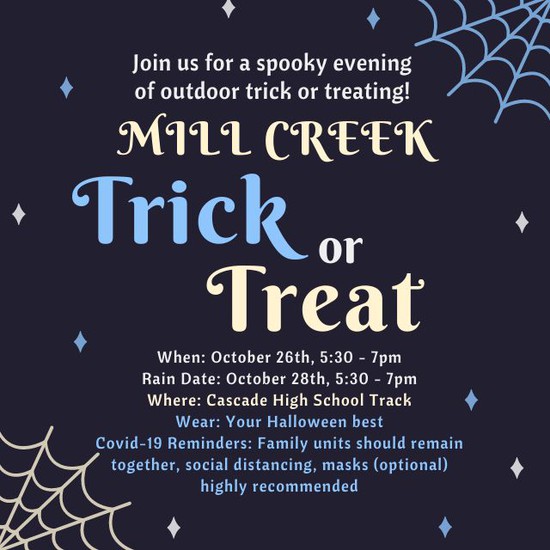 Cascade High School hosted College and Career App Day on September 29, 2021. Over 40 representatives from colleges, trades, the military, and businesses met with our seniors at CHS that day. This was a fantastic opportunity for our seniors to further develop their plans following high school. Our seniors also participated in Mock Interview Day on September 14, 2021. Students were able to meet with local business leaders that day to practice their interviewing skills. Thank you to all of the representatives and business leaders who helped make these opportunities possible for our seniors. Thank you to Mrs. Smyth, Mrs. Bright, and Mr. DuBois in our guidance department for organizing these valuable college and career opportunities. 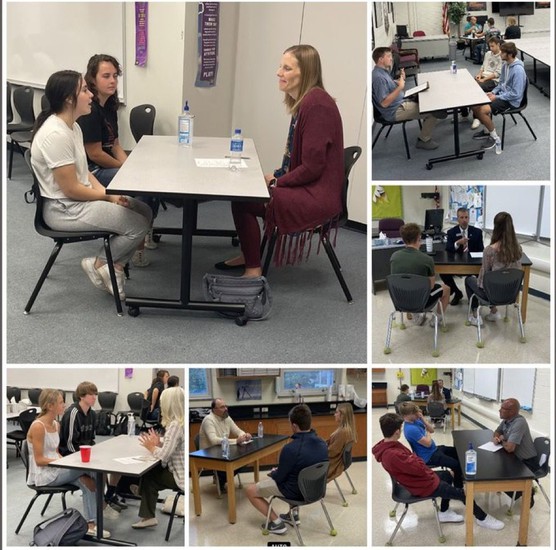 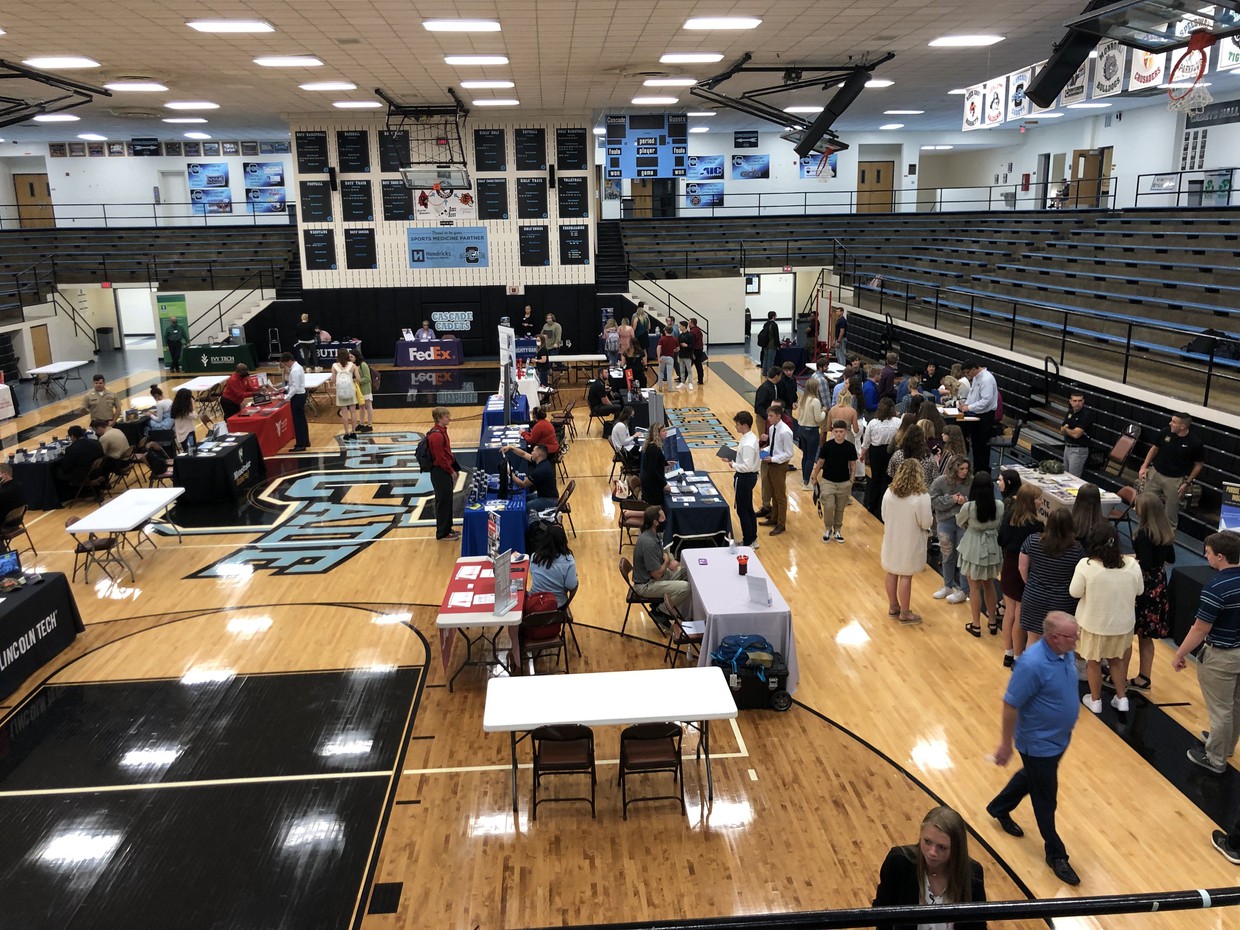 The Mill Creek Community School Corporation will be closed for Fall Break October 11-15, 2021. There will be no school October 11-15. We hope that everyone has a fantastic Fall Break! 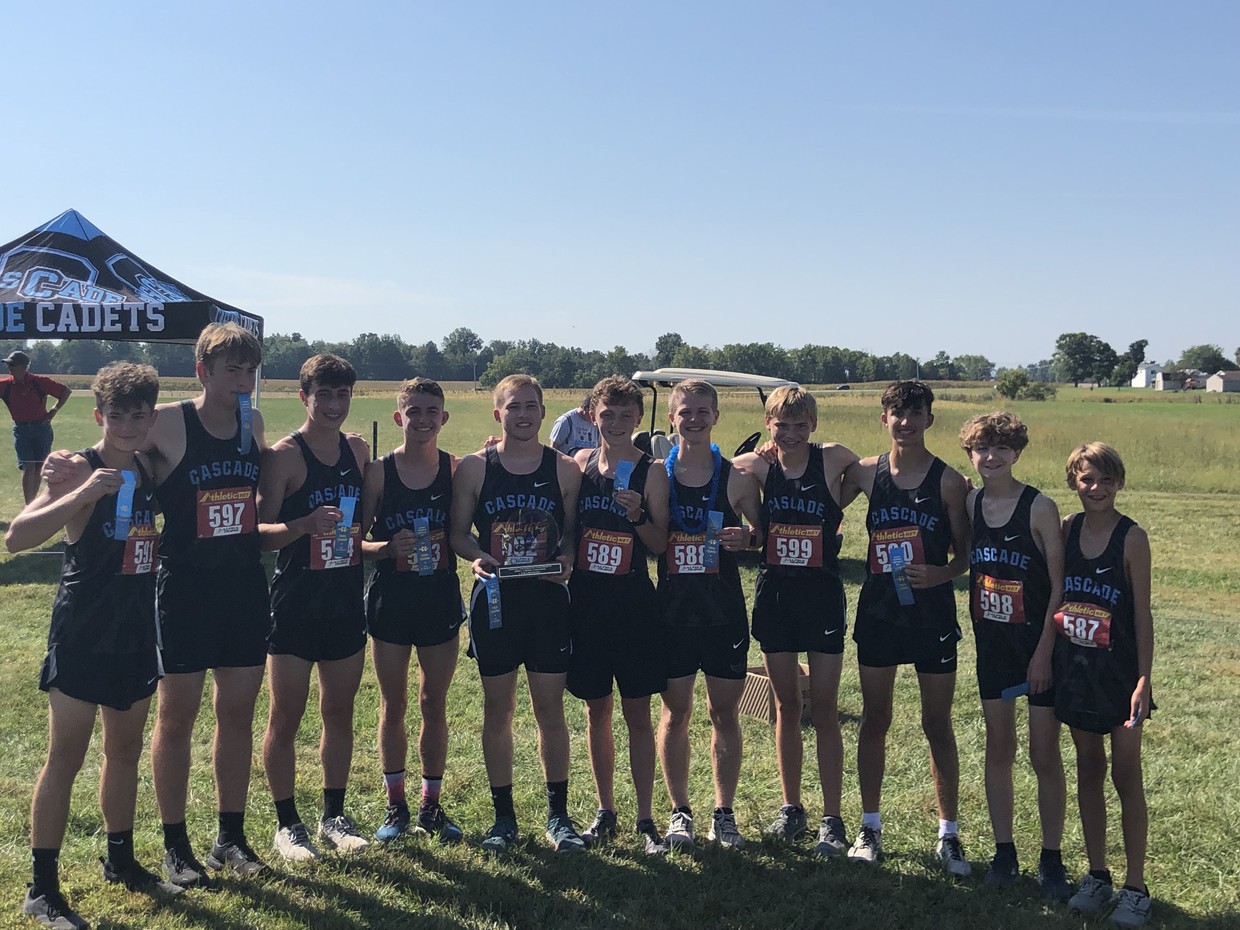 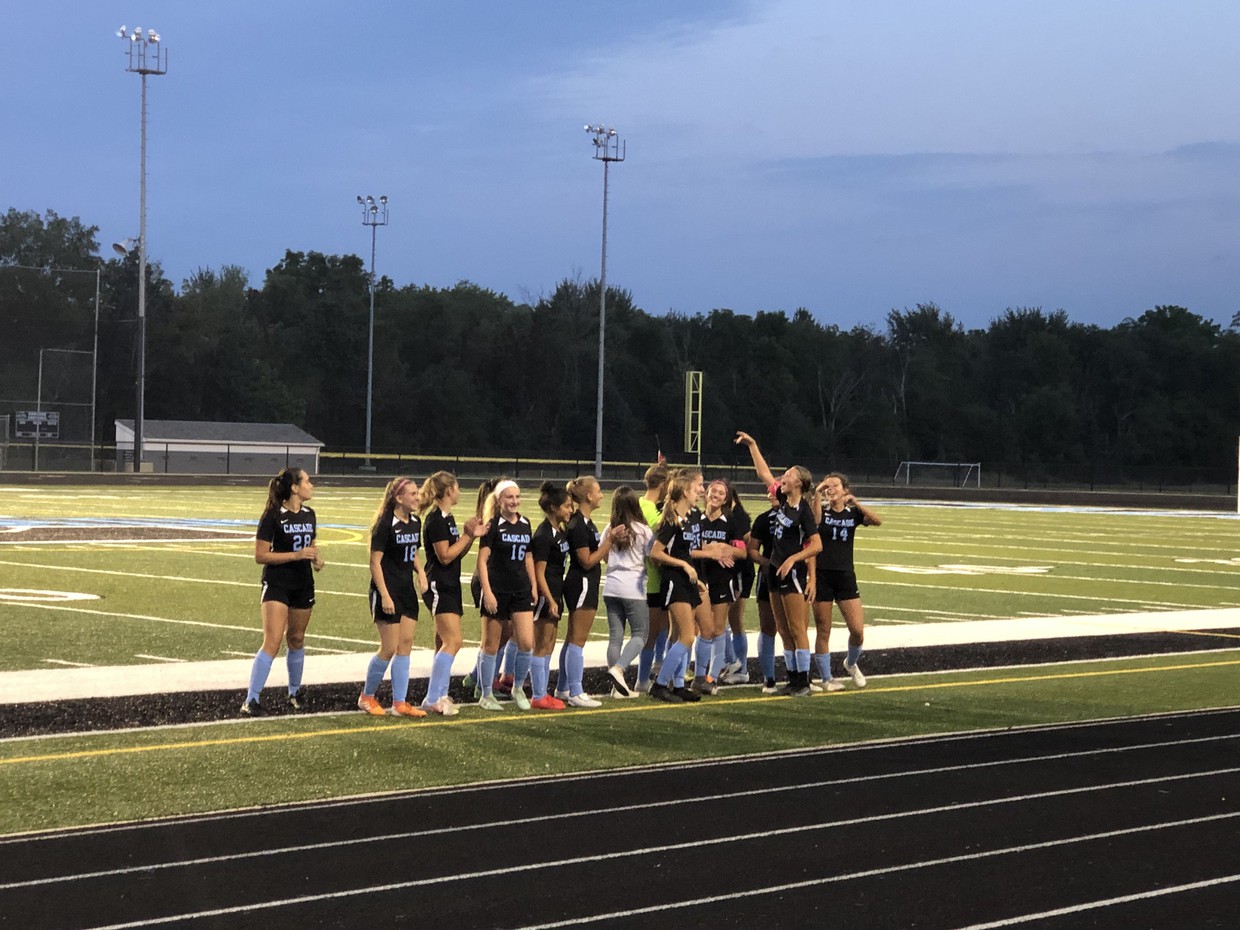 Tickets can be purchased at https://chsin.booktix.com. Tickets are $8 Reserved Seating online and $10 at the door. We are still featuring socially-distanced seating this year, so get your tickets early! Any remaining tickets will be sold at the door prior to each performance!

If you aren't familiar with CLUE: On Stage, check out a little bit of the story!

"Based on the iconic 1985 Paramount movie which was inspired by the classic Hasbro board game, Clue is a hilarious farce-meets-murder mystery. The tale begins at a remote mansion, where six mysterious guests assemble for an unusual dinner party where murder and blackmail are on the menu. When their host turns up dead, they all become suspects. Led by Wadsworth – the butler, Miss Scarlett, Professor Plum, Mrs. White, Mr. Green, Mrs. Peacock and Colonel Mustard race to find the killer as the body count stacks up. Clue is the comedy whodunit that will leave both cult-fans and newcomers in stitches as they try to figure out…WHO did it, WHERE, and with WHAT!" (Sourced from Broadway Licensing.com) 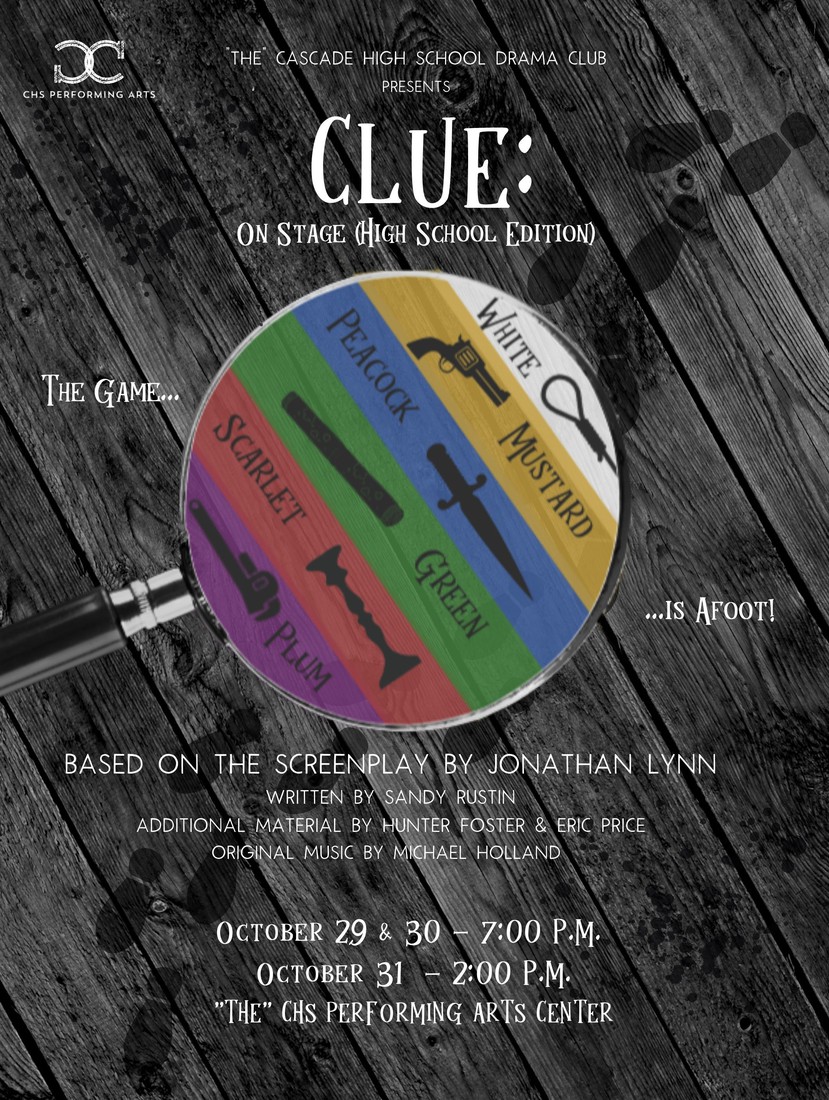 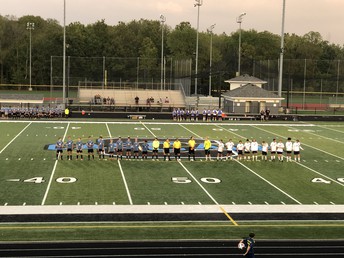 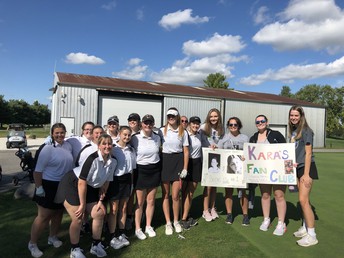 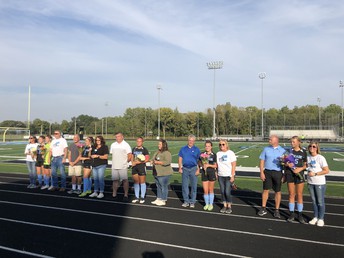 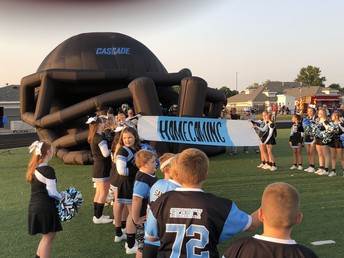 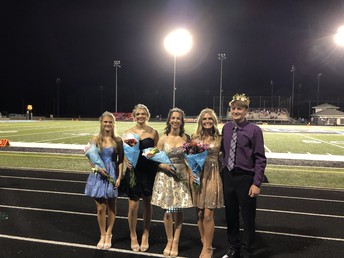 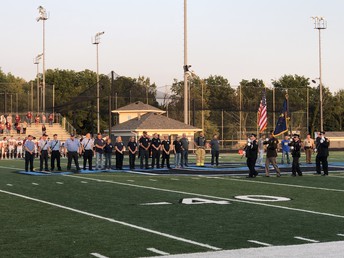 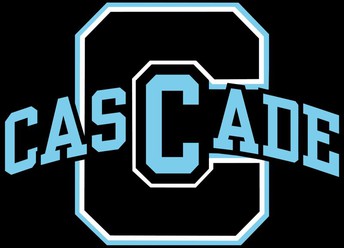 @TheCascadeHS
6565 South County Road 200 West, Clayton, IN, USA bdonovan@mccsc.k12.in.us (317) 539-9315 chs.mccsc.k12.in.us
Embed code is for website/blog and not email. To embed your newsletter in a Mass Notification System, click HERE to see how or reach out to support@smore.com
close