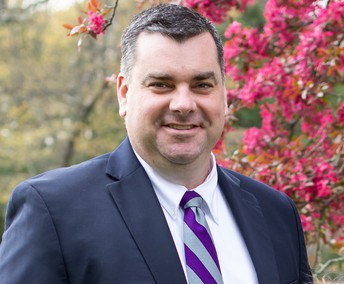 Every year my wife and daughter and I watch a variety of holiday movies, some of which span decades and neatly intersect some of my own childhood experience with that of my daughter's. This past week we watched Santa Claus is Coming to Town, a 1970 Stop Motion Animation musical by Rankin/Bass Productions featuring people like Mickey Rooney and Fred Astaire.

We ordered it On Demand, and I spent 15 frustrating minutes trying to explain to my daughter that because On Demand didn't exist when I was growing up we had to be on the lookout for when it would be on because it was only on once.

"How would you know?" she asked.

"News that was delivered to the house."

As we finished watching the movie, Fred Astaire's final soliloquy caught my attention. There was an article in the Boston Globe this week, "Worst. Christmas. Ever. (Or at least worse than most, say Mass. residents in a new poll)". The article writes,

With a deadly second surge bearing down on the state, mounting financial woes, and the very fabric of our democracy under assault, it’s probably not a shock to hear that the vast majority of Massachusetts residents aren’t feeling all that jolly this holiday season.

It was simultaneously surprising and unsurprising, but was put into perspective with the closing of the movie, a story about the origins of Santa Claus, a small boy named Kris who wanted to deliver toys to the children of Sombertown but whose plans were made difficult by mayor Burgermeister Meisterburger and Old Man Winter.

Narrator: And that is the story of Santa Claus.

Little Girl : He's so wonderful. Everybody must love him.

Narrator: Well, most everybody. Oh, he's not considered an outlaw any more. But there still are some...

Disgruntled Retailer : Christmas is a bother. The noise, the crowd. I really wish it were outlawed.

Businessman : How can they talk about Santa Claus when there is so much unhappiness in the world?

Narrator: Poor, misguided folks. They missed the whole point. Lots of unhappiness? Maybe so. But doesn't Santa take a little bit of that unhappiness away? Doesn't a smile on Christmas morning scratch out a tear cried on a sadder day? Not much, maybe. But what would happen if we all tried to be like Santa and learned to give as only he can give: of ourselves, our talents, our love and our hearts? Maybe we could all learn Santa's beautiful lesson and maybe there would finally be peace on Earth and good will toward men.

I've been fortunate to have studied many traditions over the course of my career, holiday and otherwise. And while they are all unique, I've always found there to be a beautiful intersection of common desired outcomes. Whetever your tradition, may the next couple of weeks scratch out a tear cried on a sadder day. Have a safe and restful December break. 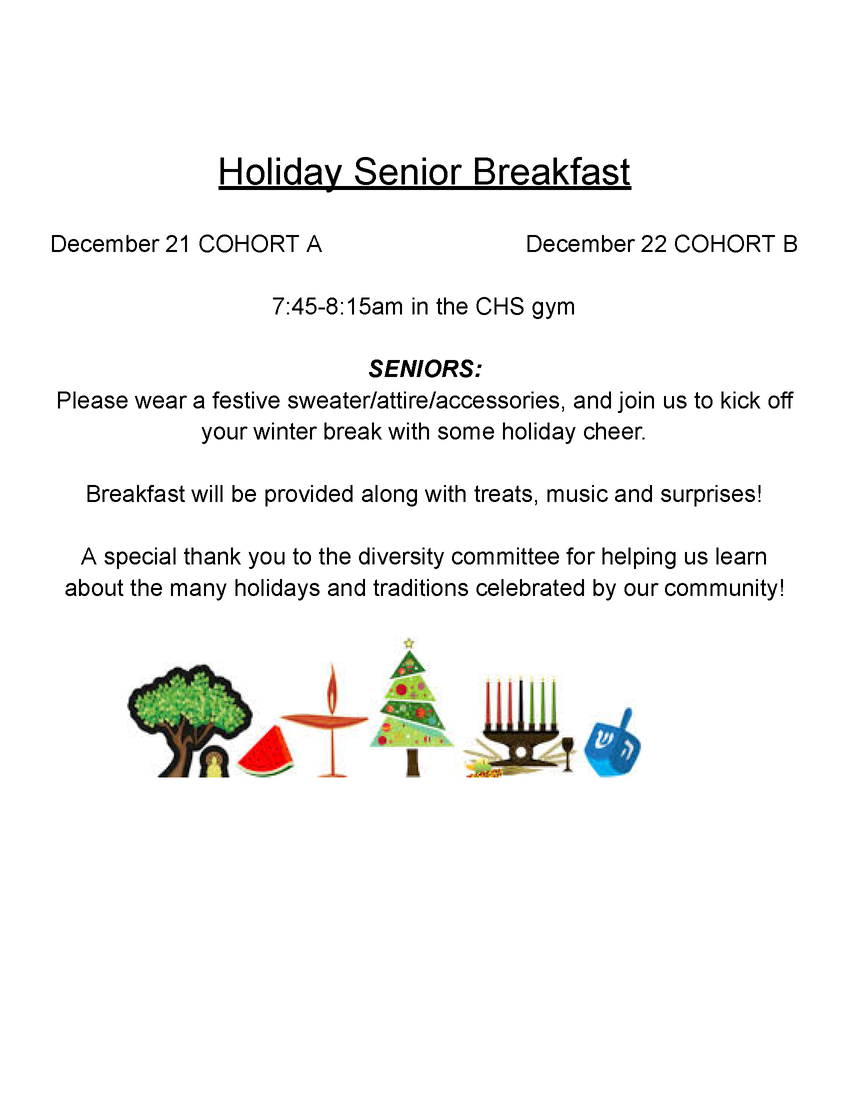 Over the last couple of years, students from the high school have traveled to Osgood and Deer Hill to read stories. This year, they decided to share those stories virtually. Please enjoy some of these stories here:

Student Elizabeth Martin: "Where are you from" by Yamile Saied Mendez. 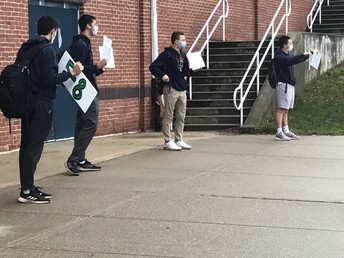 The Cohasset Football Team, Cohasset Green Team and Cohasset Middle School raised nearly $3,000 to benefit the Cohasset Food Pantry. We will be able to purchase in excess of 50 gift cards in the amount of $50. Sincere thanks to all of our students, for Coach A and Ms. Gordon for coordinating, and especially to the many community members who generously donated. 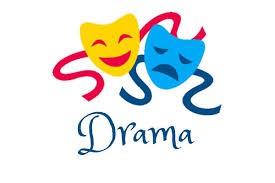 Interested in Drama this year? Please share your interest on the form below and stay tuned for opportunities! 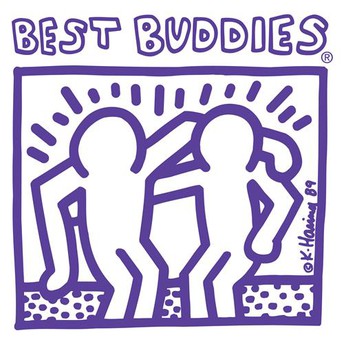 Next week, Cohasset Buddies will be sponsoring Anti-Stress

Thank you to Best Buddies for coordinating the anti-stress week. Events included:

Students who participated were eligible to be entered into a raffle. Winners will be chosen and notified upon return. 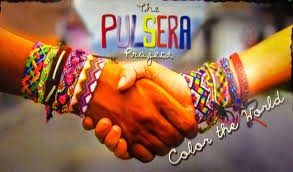 From 12/14/2020 to 12/28/2020, Cohasset High School's CHS Spanish Club will be selling hand-woven bracelets, or ‘pulseras’ in Spanish, to empower the artists who make them in Nicaragua & Guatemala. The sale was organized through the Pulsera Project, a Fair Trade nonprofit organization that empowers and educates people in the U.S. and Central America through pulsera sales.

Student and teacher volunteers raise funds that benefit fair trade jobs, worker rights, sustainability, and education, while learning about the culture, lives, and struggles of Central Americans. The Pulsera Project’s goal is to create a more just and colorful world by encouraging conscious consumerism and social enterprise.

Friends of the Homeless Holiday Drive

The Main Office will be holding a drive to support the Friends of the Homeless of the South Shore/Weymouth.

The Shelter will except the following items that we can collect here in the main office:

The drive will take place from December 7 – December 18th. Please be as generous as you can.

We are still looking for student volunteers to join out affinity group listening sessions, which will take place after the new year. Specific groups include:

If you are interested in learning more or being a part of one of these groups, please reach out to Mr. Scott at bscott@cohassetk12.org and let me know which session or sessions you are interested in learning more about. Sessions are conducted by our consultant, and information gleaned from those conversations will be reported anonymously. This is an incredibly important opportunity for change. Please consider it. 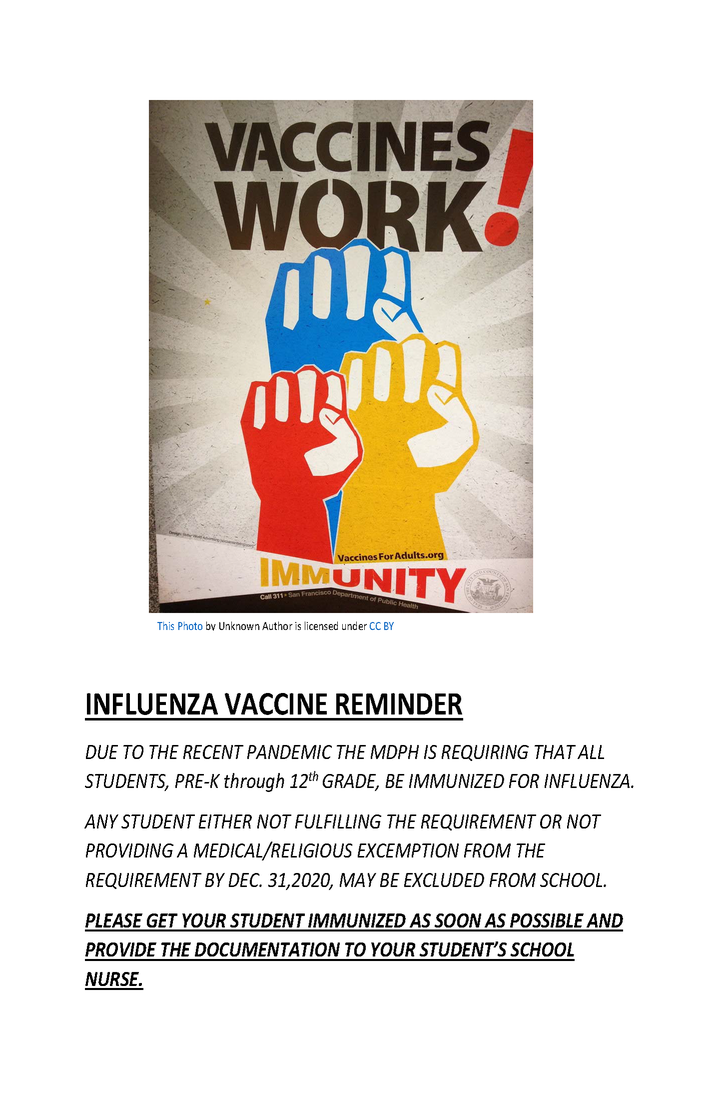 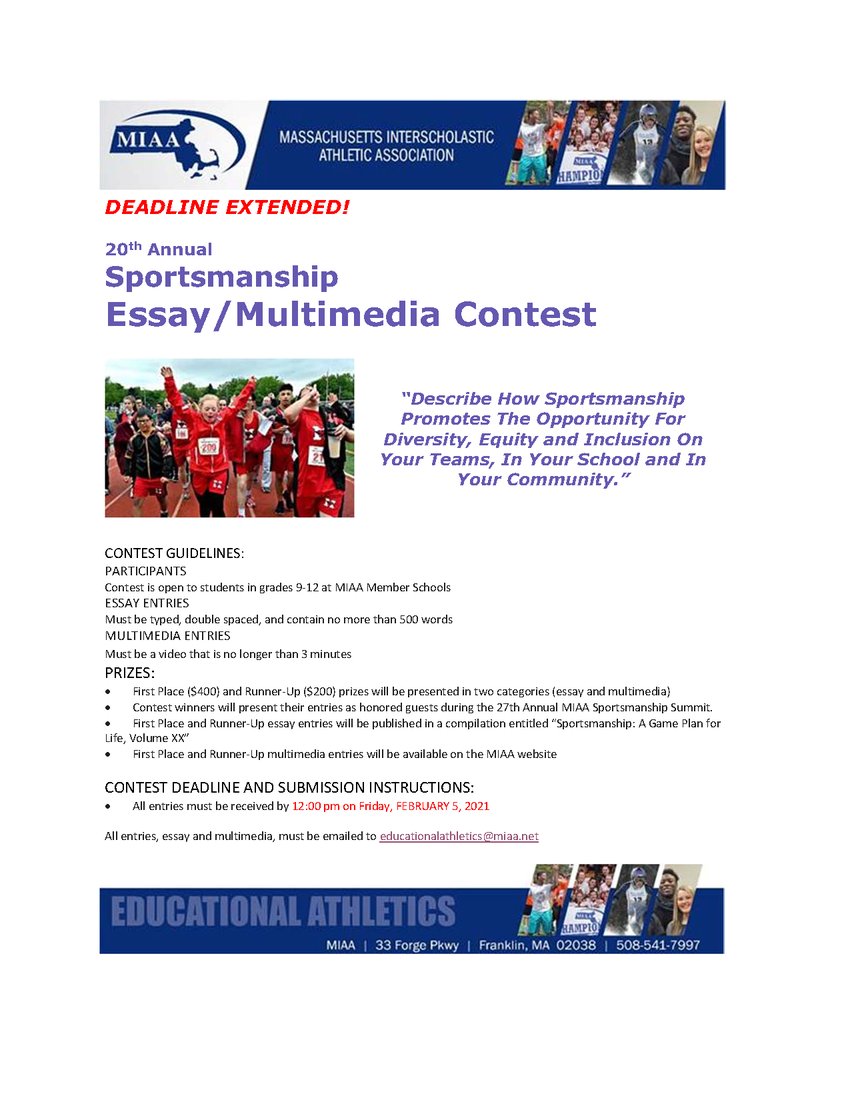 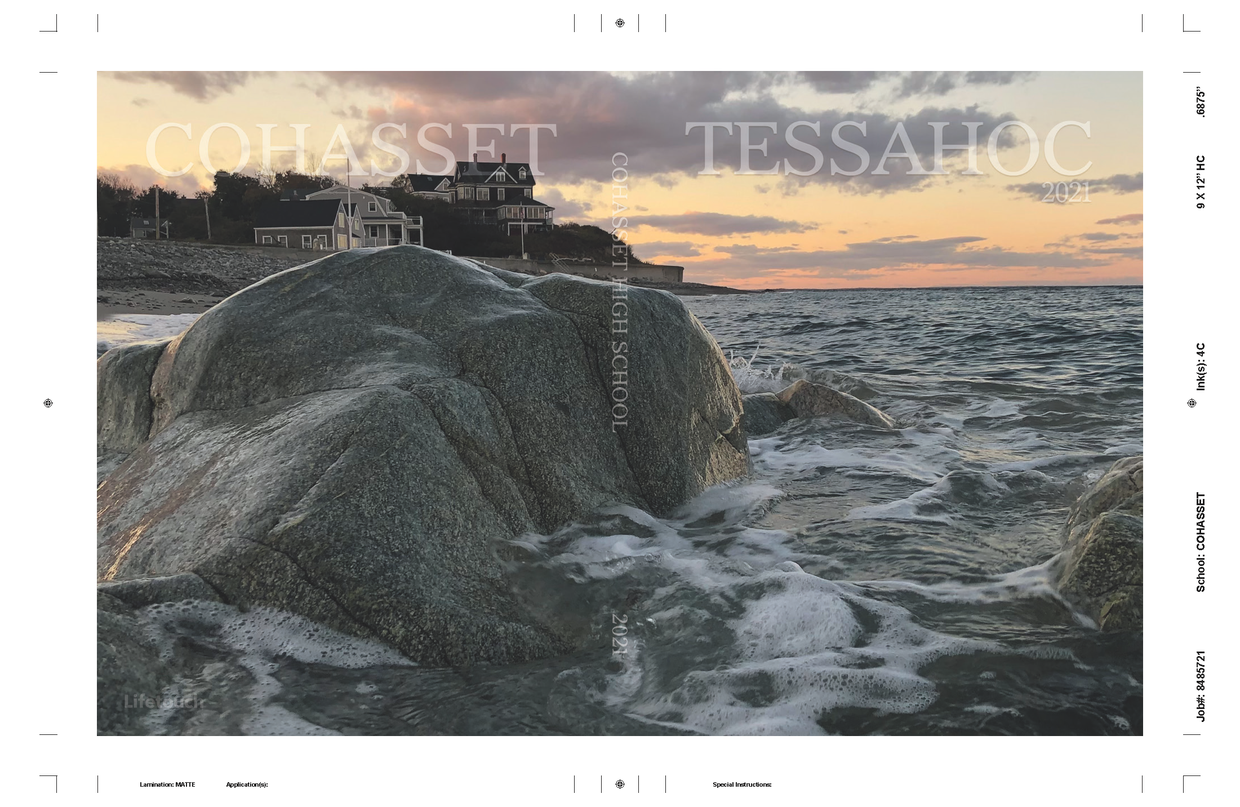 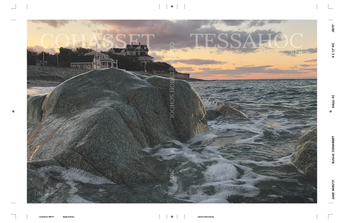 Congratulations and welcome to your exciting year as a CHS Senior!

Preparations are already being made for Tessahoc 2021, the yearbook for the Class of 2021. Below is a list of important deadlines for submission of materials for you.

Please use the grid to complete your senior write-up for the yearbook.

Senior portraits can be taken and submitted by a photographer of your choice. Lifetouch, our yearbook publisher, also arranges sittings for seniors. Please contact Customer Service at 1-800-426-9533.

Please contact the yearbook advisor, Mrs. Sugrue, if you have any further questions.

(recommended 600kb or above)

Thank you for your support of the Tessahoc 2021

If you have any questions, please email them to Mrs. Sugrue at cohassetyearbook@gmail.com 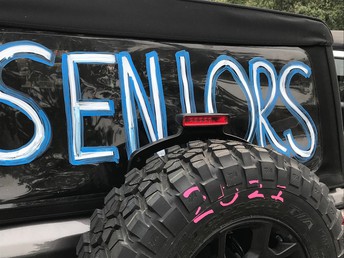 Directions on how to complete your Yearbook Senior Portrait Information

Print or type one character into each space neatly. NOTE: A character can be a letter, a space between words, or a punctuation mark. Count every space as a character.

Line 1: Write your name as you would like it to appear next to your senior picture in the yearbook. Many people use their full name (first, middle and last).

Line 2: Write in any nicknames you would like to appear underneath your name. Separate each name with a comma, and do not use more than one line. This means choose your favorite nickname so it fits just on one line.

Line 4: If you are including a quote, write it here. Include the name and/or source of the quote

Line 5-17: Complete your write-up with some or all of the 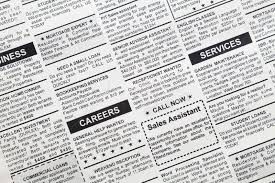 Parent Ads can be purchased on ybpay.com

Yearbooks can be purchased on ybpay.com

2. You’ll receive an email invitation to create your ad by uploading your photos and text.

3. Using the link provided, choose your template and create your ad.

The Scituate FACTS Coalition is offering virtual psycho-educational support groups to middle school and high school students from the South Shore at no cost, remotely during the 2020-21 school year. Groups are facilitated by a Student Assistance Program Specialist from Caron Treatment Centers. Parent/guardian permission required.

- Kids of Promise®: for students impacted by the substance use disorder of a loved one (8 weeks)

- Virtually CONNECTed: for students trying to reduce or quit the use of nicotine (5 weeks)

- Marijuana Intervention and Support: for students trying to reduce or quit use of marijuana (8 weeks) 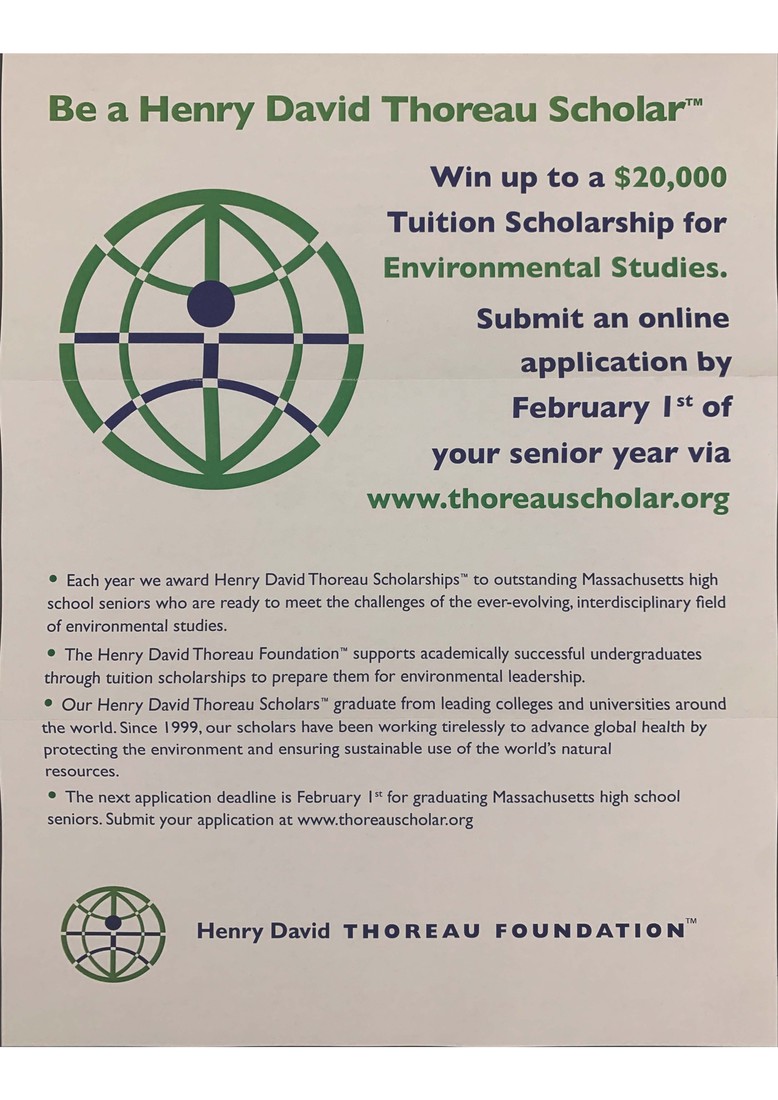 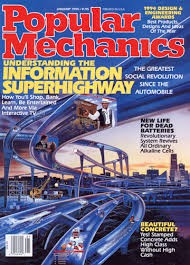 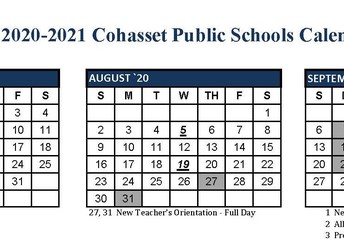 Put a Pin in It 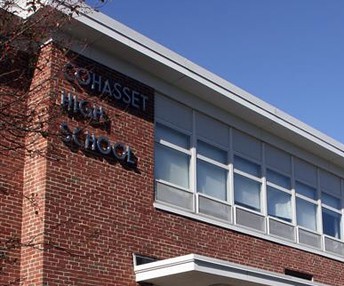 Follow Brian Scott
Contact Brian Scott
Embed code is for website/blog and not email. To embed your newsletter in a Mass Notification System, click HERE to see how or reach out to support@smore.com
close