Erik is using Smore newsletters to spread the word online.

Get email updates from Erik: 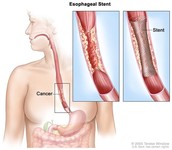 Where does it occur?

What happens to the cells?

It is not understood what happens to the cells in esophageal cancer other than that it is s a mutation that is similar to other cancers. They grow into a tumor and can spread to other parts of the body.

Possible Affects on the Body

Obstruction to of the Esophagus

The tumor that forms can block the patients esophagus causing problems when swallowing and drinking. 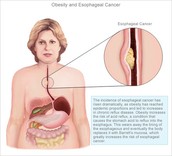 Esophageal cancer can cause extreme pain the same way most other cancers can. The lump in the esophagus can cause this extreme pain. 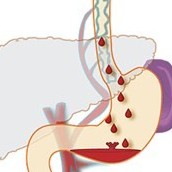 Bleeding in the Esophagus

The tumor can cause bleeding however it is usually gradual. But it can come suddenly and severely at times

To treat this cancer, there are a few option. The first is surgery, to remove the cancer, placing a metal tube in your throat to keep the cancer from closing your esophagus. Tube feeding, Chemotherapy, radiation therapy, and a combination of the two.

To prevent getting esophageal cancer, don't smoke and if you do stop. Avoid alcohol and if you do drink do so in moderation, Eat a lot of fruits and vegetables. Also maintain a healthy weight.

This type of cancer is not that common in the united states, it is more common in other parts of the world such as Asia and Africa.

How it is diagnosed

Esophageal cancer is normally diagnosed in its advanced stages because the signs and symptoms do not often occur in the early stages. It is diagnosed by using a scope to examine your esophagus, and collecting a sample to test.

The symptoms of esophageal cancer don't typically show until the advanced stages. The symptoms may include...

Erik is using Smore newsletters to spread the word online.