Get email updates from nolan:

Prior to the use of rackets in tennis, people used their palms to hit the ball back and forth. The palm method was replaced in the 1500s when rackets were introduced. The word tennis evolved from the French term ‘tenez'. The modern game became much more structured in the 1800s, and the first Wimbledon Championships were played in 1877 in London, England. The first U.S. championship was played in 1880 in Tompkinsville, Staten Island in New York. Today, the most famous tennis events are The U.S. Open, the French Open, the Australian Open, and Wimbledon. 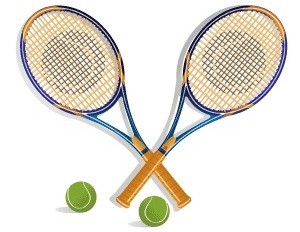 will open in a new tab

The most important part of tennis

The most important part of tennis is the mental part:

IF U CLICK THIS THE WORLD WOULD BLOW UP

If u just want to blow up your neighbor

What did u expect