Get email updates from Ciara:

The Emmett Till Case, was a case of murder that occurred in 1955, after a fourteen year old African-American boy was accused of whistling at white shop keeper. A few days later when the shop assistant's husband came home she told him what happened. Then the husband and the shop keeper's brother went to find Emmett. They found him at his great uncles house in Money, Mississippi, where he had been staying while he was visiting from Chicago. They then took Emmett to the river where they took off his clothes and beat him with a stick before shooting him in the head and throwing him in the river. 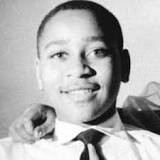 Why did it happen?

This sad murder happened because the husband, Roy Bryant and the brother, JW Milam wanted to "teach the boy a lesson." and they thought that Till whistling at her ruined her image.

What did it involve?

The Emmett Till case involved a murder trial after being killed and thrown in the Tallahatchie River. This murder trail was heard by an all white jury. Despite all the clear evidence that two white men brutally murdered a fourteen year old black boy, the jury came to a decision in just over an hour that the men were not guilty. The body of Till was so damaged that it was harder to identify his identity but for those who knew him it wasn't that difficult. He was even wearing a ring given to him by his father that he always wore and this was a clear give away. The only reason Bryant and Milam were not guilty was because they continually stated that it wasn't Till's body.

Who did it involve?

The Emmett Till case involved more than just those who were present at the murder or the shop, it was a case that involved and affected the wider community. This was because at the funeral Till's mother insisted on having an open casket for her son. The reason for this was because the remains of her son were so damaged and gruesome that she wanted people to see what had happened due to racial discrimination. Images of the body were placed in Jet an African-American weekly magazine and this publicity helped launch the civil rights movement.

What was the outcome?

The outcome of the Emmett Till case was that his murders were not guilty. But this helped start the beginning of the civil rights movement which saw thousands of African-Americans protesting and standing up for their rights.
Death of Emmett Till - song and slideshow