Get email updates from Methacton:

Spring sports are right around the corner and our winter season will be wrapping up in the next few weeks.

The following sports are offered in the spring:

In next week's newsletter, we'll share information on how students can sign up to tryout for spring sports.

Good luck to those student-athletes participating in our winter and upcoming seasonal activities.

Director of Athletics and Activities 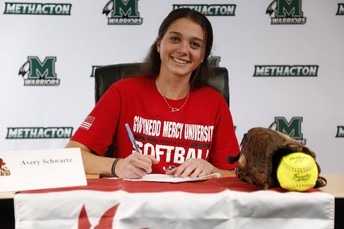 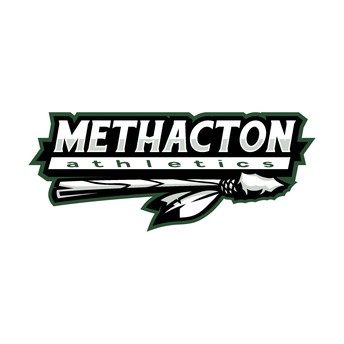 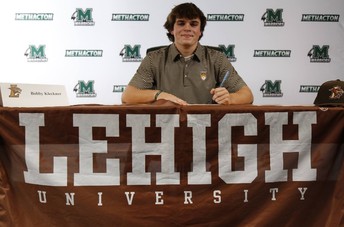 The Unified Bocce team had a great home match with Cheltenham last Friday, 1/20. We had lots of support from family and friends and won the match 4-0. Big thank you to the Best Buddies Club and the Methacton Girls’ basketball team for being "fans in the stands." The boys’ basketball team attended our first home match and we appreciate everyone's support. The last Bocce match of the regular season will be at Harriton next Tuesday 1/31. At least one if not both Methacton teams have a chance of moving on to Regionals next month.

Last week, the boys swim team competed against Spring-Ford (Wed) and Pope John Paul (Thurs). On Wednesday, the boys put up a tough fight against Spring-Ford only to fall short just at the end of the meet. Overall, the boys worked hard to gain as many points as possible. On Thursday, the boys beat Pope John Paul. More boys achieved PAC qualifying times as well as personal/seasonal best performances. This week we face off against Pottsgrove (Mon), Upper Perkiomen (Tues), and Plymouth-Whitemarsh (Thurs). On Thursday, we will continue our tradition with PW in our co-Ed 200 Freestyle relay at the end of the meet. The winner of the relay holds onto a traveling trophy. Methacton is currently in possession of this trophy from winning it last year. This tradition between the two teams dates back to over 30 years ago. Come out and support the Warriors during our meets this week.

Swimmer of the Week:

Week of 1/16 - Christian Lebold; During the 500 freestyle event against Spring Ford, Christian lost his goggles which were covering over his nose during the race. He managed to swim the entire 500 holding a fast pace in efforts to score points for the Warriors. Often swimmers lose focus of the race when unfortunate events like that happen but Christian showed his true Warrior spirit and pushed on.

Wednesday night the girls had a tough loss against Spring-Ford 111-59. On Thursday we won against Pope John Paul 96-71.

Swimmer of the Week freshman Ava Sgarra had personal best time in the 200 IM and swam to a district consideration time in the 500 free with 5:29.46.

1/17 The Warriors hosted the Vikings of Perkiomen Valley on Tuesday as they started second time through divisional play. Perk Valley battled early and took a halftime lead. The Warriors never gave up as they fought for 4 quarters. The game was won on a 3-point shot from Sal Iemmello with 3 seconds left. The Warriors won 59-58.

The Girls Basketball team currently stands at 12-5 on the season and 7-2 in the PAC after 2-1 week last week. The team lost a tough PAC Liberty contest at Perkiomen Valley 70-44 on Tuesday, which was their fourth straight road game. The team then came back home had wins vs Upper Merion 63-20 on Thursday and then a thrilling 65-64 non-league win over North Penn on Saturday. The team has two games this upcoming week with an away game on Tuesday at Norristown. The team will hold its 16th Annual Shoot For The Cure game on Thursday 1/26 vs Owen J. Roberts. Tee shirts are on sale now for $15. See a team member or stop by Coach's office to purchase.

Seniors Cassidy Kropp at 15.7 ppg and Mairi Smith 13.3 ppg continue to lead the team in scoring. Cassidy continues to climb the career scoring chart. Currently she is 9th all time at 954 career points and just 46 points from becoming 9th Lady Warrior all-time to hit the 1,000 point mark. Mairi posted a career high 26 point performance in the win over North Penn.

The JV team is 6-8 on the season after losses at Perkiomen Valley 39-34 and vs North Penn 39-27 and a win vs Upper Merion 62-16 this past week. The team has been led in scoring by Freshman Lindsay McCann and Sophomore Jenna Kaufman both at 7.6 ppg. Freshman Olivia Organtini had a 21 point performance in the win over Upper Merion.

Damian Moser went 4-0 at the PAC Championships in route to an individual league title at 285 pounds. Moser notched three falls in the preliminary rounds before registering a 5-2 decision the championship tilt against OJ Roberts Christian Gregory.

The team travels to Spring-Ford this Wednesday night to take on the first place Rams.

The Girls Track and Field Team competed at Lehigh University on Friday night against more than 70 schools throughout the Delaware Valley. Posting several PR's, the girls were again led by Junior Summer Mellow. Competing in the Long Jump, Summer posted a leap of 16' 6.5", finishing 6th and qualifying for the post-season Meet of Champions in her 4th event. The 4x400 relay of Carmela Maro, Jillian McTamney, Kate Thomas and Kenslee O'Donnell also placed 6th with a time of 4:22.20. Additional Top 10 performances were: Distance Medley Relay (Bipasha Moktan, Giada Catoia, Juliana Trigone and Catherine Koran - 7th), Molly Thomas in the Mile (8th), Joanna Chung in the Triple Jump (8th) and Soleil Bond-Johnson in the High Jump (10th). The girls return to Lehigh on Friday for the last regular season competition.

This week was a busy one for the Varsity Cheerleaders! The team continues to prepare for their upcoming trip to the State Championship, while cheering on the boys' and girls' basketball teams. This weekend, they traveled to compete in the Titan Throwdown at CB South. Both the traditional competition team as well as the Gameday comps team competed and both teams won second place in their respective divisions. Now it is back to work this week for States!

Our standout athlete this week is junior Aubrie Wells! Aubrie is a fantastic all-around athlete who contributes to every area of both competition routines. This weekend, she shined on the mat, with great energy engaging the crowd, beautiful flexibility, and new pyramid tricks. Great job, Aubrie! 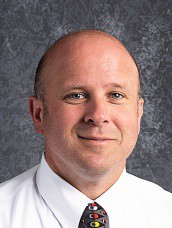 Follow Methacton Schools
Contact Methacton Schools
Embed code is for website/blog and not email. To embed your newsletter in a Mass Notification System, click HERE to see how or reach out to support@smore.com
close