1. What were the causes of the Opium War? Within the provisions of the Treaty of Nanjing, what territorial changes were made?

The First Opium War was caused directly by China's isolationist trade policy with the West. Because China would accept only silver from the British, tension arose quickly between the two countries. Opium addiction was another main and direct cause of the opium wars. During the 1800's, opium addiction was an epidemic for the Chinese. The British quickly took advantage of the high demand of opium in China, and began widespread illegal exportation of opium to the country. This angered the Chinese to the point where it no longer would be ignored. The Treaty of Nanjing, Aug. 29, 1842, ended the first Opium War, the first of the unequal treaties between China and foreign imperialist powers. China paid the British an indemnity, ceded the territory of Hong Kong, and agreed to establish a “fair and reasonable” tariff. British merchants, who had previously been allowed to trade only at Guangzhou(Canton), were now permitted to trade at five “treaty ports” and with whomever they pleased. 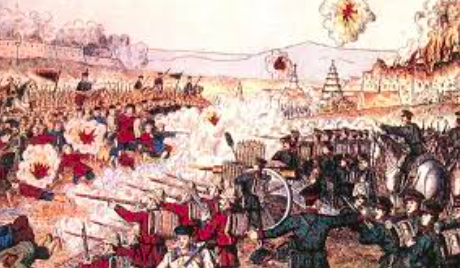 2. Describe the internal dissent and approach to reform of the late Qing rulers. (reaction to reforms)

The Taiping program appealed to the more impoverished of the Chinese population and as a result recruited a vast amount of followers. In 1853, Hong and his followers took control over Nanjing and made it the capital of the Taiping Kingdom. From their new standpoint, the rebels campaigned throughout other parts of China. After five years of repulsion caused by Qing defenses, the Taiping rebels finally poised themselves as a proper threat against Shanghai.

After the defeat of Manchurian defenses, the government employed Chinese soldiers commanded by the scholar-gentry class and equipped with western weapons and advisory to eventually overcome the rebel threat. The death of Hong Xiuquan resulted in the fall of Nanjing and the slaughter of his followers in the years to come.

In the end, the Taiping rebellion claimed twenty to thirty million lives and caused a massive decline in agricultural production as a result of their rampage throughout China. This war-torn China frequently saw the remainder of the lower class resorting to eating anything even slightly perishable, such as grass, leather, hemp, and even the flesh of humans.

As a result of him backing up the Hundred Days Reform, members of his household reacted violently and his aunt, Empress Dowager Cixi, halted the reform in its starting stage after a period of 103 days. Emperor Guangxu was imprisoned and leading figures of the reform were executed.

As a result of the brutal attacks on foreign influence in northern China, a heavy force of foreign units consisting of the British, French, Russian, U.S., German, and Japanese destroyed the Boxer movement in retaliation. In payment, the Chinese government had to provide punitive indemnity to foreigners and allow the stationing of troops in Beijing and along routes that led to the sea.

The death of the previous emperor, the death of Cixi, and the abdication of the throne as performed by the last emperor marked the end of the Qing Dynasty. 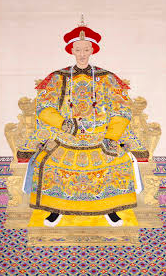 3. Describe the decline of Tokugawa Japan and how they dealt with foreign pressures. (Reasons for reforms)

A struggle arose in the face of political limitations that the shogun imposed on the entrepreneurial class. The government ideal of an agrarian society failed to square with the reality of commercial distribution. apan in the mid-19th century was characterized as being feudal. It was of course feudalistic but there were also some more primitive tribalistic elements to Japanese society.

In the four-tiered social hierarchy of Japan the military class was at the top, the common peasant farmers were next below them, and the artisans and craftsmen were below the peasant and the commercial class was at the bottom. This probably reflected a simpler social structure where there were only the peasants and the elite of warriors who defended them. The people who lived by trading rather than physical labor in the fields were an anomaly in such a society and socially suspect. Even the artisans did not quite fit into the simple peasant society.

The military class, the samurai, had little legitimate outlet for their militarism since the unification and pacification of Japan under the Tokugawa clan. The samurai lived on a stipend paid for through a tax on the farmers. This tax was a heavy burden on the farmers, taking close to half of their production.

Some samurai lived beyong their means; that is to say, their stipend; and went into debt to the socially despised merchants. The burden of debt on the samurai made the merchant class even more depised. It was not a healthy society, that Japan of the mid-19th century.

Contact with the outside world had be cut off in the mid-16th century. The story of that isolation is told elsewhere. That isolation cost Japan greatly. Its technology was static and backward. Socially it may have been stable, but then again it may only have been rigid and in fact brittle.

The Meiji Restoration was a chain of events that restored practical imperial rule to Japan in 1868 under Emperor Meiji in 1868. When the Tokugawa shogunate growing increasingly weak by the mid-19th century, two powerful clans joined forces in early 1868 to seize power as part of an “imperial restoration” named for Emperor Meiji. The Meiji Restoration spelled the beginning of the end for feudalism in Japan, and would lead to the emergence of modern Japanese culture, politics and society. By the early nineteenth century, Japanese society was in turmoil. Declining agricultural productivity, periodic crop failures and famines, and harsh taxation contributed to economic hardship and sometimes even led to starvation among the rural population.

The Meiji restoration returned authority to the Japanese emperor and brought an end to the series of military governments that had dominated Japan since 1185. The Meiji government looked to the industrial lands of Europe and the US to obtain knowledge of industrialization and expertise on rebuilding and strengthening Japan. The government began looking to outside sources for help. They sent many students and officials abroad to study everything they could about other nations. With this new information they worked to reform the government, schools, and the social injustices within Japan. The first goal of the Meiji leaders was to centralize political power which of course involved getting rid of the feudal order. They replaced the throne in exchange for patents of nobility, and moved the power to the central government.

The government took a big step in removing all samurais. When the Meiji needed an army the samurai were not to be included. Some samurais rose in rebellion but were quickly overcome by the newly formed army. This showed the true power of the new army and was no longer questioned. Peasants used to pay taxes in grain, but the value of the grain fluctuated too much. In 1873 the government set a fixed tax amount that is paid with currency. The state also began to assess taxes on the potential productivity in arable land, no matter how much a cultivator actually produced.