Analise is using Smore newsletters to spread the word online.

Get email updates from Analise:

The KKK Is Upon You

The KKK Is Upon You

Colonel Joseph Simmons has revived the Klu Klux Klan. This organization has a lot of of power in politics. Doctors, lawyers, and ministers are heavily involved in this organization as well. Anyone can participate. No place is immune to the Klan, is more heavily influenced in the south. As many as 300,000 in Ohio, 200,000 in Pennsylvania, and ranging around 8 million in the United States.

The Jim Crow Laws require segregation of races in common areas. Civil rights activist are in favor of every person having rights while the KKK have want the exact opposite despite the changing values in Americans, thinking that white is superior.

The Klu Klux Klan is trying to stick to traditional values, the discrimination against African Americans was not taken seriously in the pass.

Significance of the KKK

The KKK is trying to rid African Americans from their homes, causing fear and forcing them to move to the north. The Klan is showing traditional values in south more significantly than in any other area. The Klu Klux Klan is rising in power and in number. 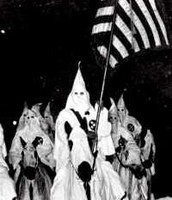 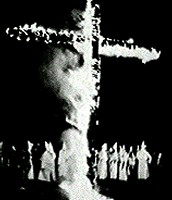 Analise is using Smore newsletters to spread the word online.