Sunni is using Smore newsletters to spread the word online.

Get email updates from Sunni:

In order to make STEAM day a success, we need your help with donations. The complete list is below, but 5th Grade has been assigned the following supplies as a focus: 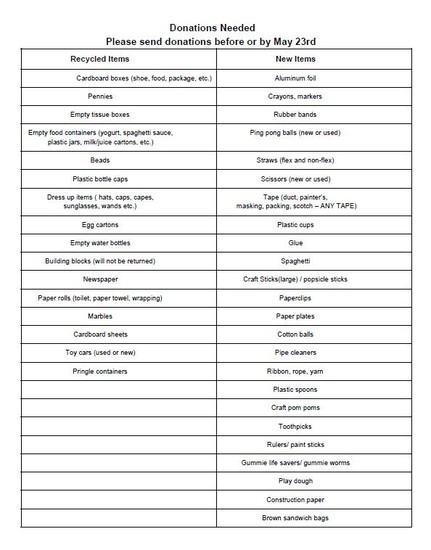 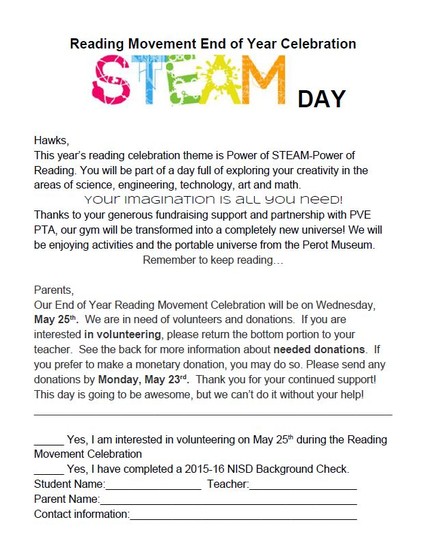 A note from the CTMS Teachers that visited Friday....

We enjoyed meeting our upcoming students and we hope they are excited for summer reading. I have attached a copy of the summer reading list as well as a link to the presentation I shared with students. 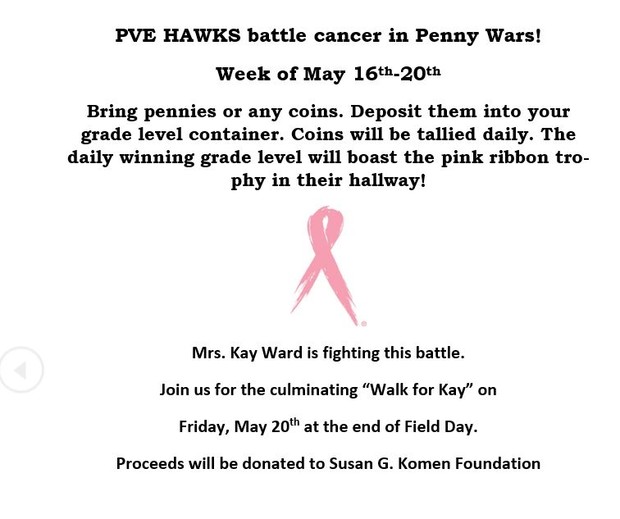 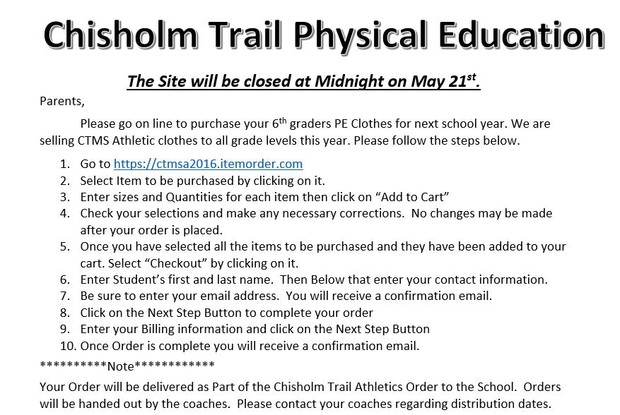 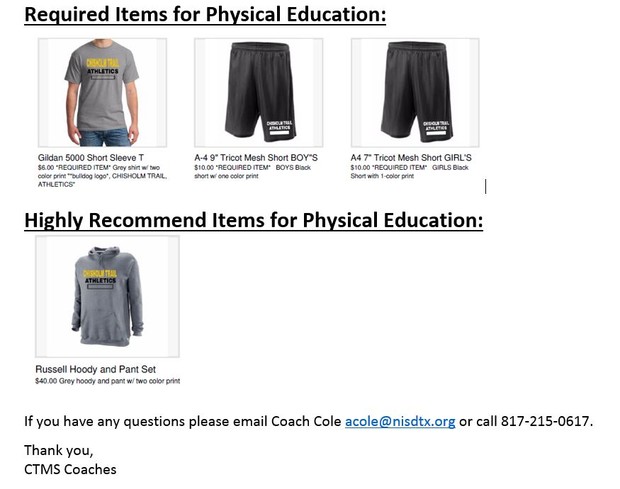 In an effort to keep our NISD students engaged in literacy throughout the summer, students are expected to read one or more novels from the following district approved grade level lists.

This novel should be read in its entirety before school starts. This will ensure that the student is well- prepared to participate in classroom discussions over their chosen book, and is ready to begin the year with the rigor and challenges of our district curriculum.

Belly Up by Stuart Gibbs

Flora and Ulysses by Kate DiCamilla

The False Prince by Jennifer Nielson

The Fourth Stall by Chris Rylander

The Lions of Little Rock by Chris Rylander

Wings of Fire- The Dragonet Prophecy by Tui T. Sutherland

12 year old Theodore "Teddy" Roosevelt Fitzroy has got a murder on his hands and trouble on his tail. Henry, the hippopotamus at the brand-new nationally known Fun Jungle, has gone belly up. Even though it is claimed, he died of natural causes, Teddy smells something fishy and it sure isn’t the polar bear's lunch. Dealing with the zoo's top brass proves to be nothing but a waste of time. They want to see any trace of Henry's death disappear like yesterday's paper. So Teddy sets out to find the truth. With the help of Summer McCraken, a feisty girl with secrets of her own, the two narrow down their prime suspects. Was it Martin Del Gato, Fun Jungle's head of operations who hates kids and hates animals even more? Or, was it J.J McCracken, the owner of Fun Jungle and hates animals even more? Or J.J. McCracken, the owner of Fun Jungle and Summer's father, who has more concern for the dough he's raking in than the animals in the zoo? As their investigation goes on, Teddy gets squeezed on all sides to quit asking questions or Henry won't be the only animal in the zoo to turn up dead.

Willow Chance is a twelve-year-old genius, obsessed with nature and diagnosing medical conditions, who finds it comforting to count by 7s. It has never been easy for her to connect with anyone other than her adoptive parents, but that hasn't kept her from leading a quietly happy life . . . until now.
Suddenly Willow's world is tragically changed when her parents both die in a car crash, leaving her alone in a baffling world. The triumph of this book is that it is not a tragedy. This extraordinarily odd, but extraordinarily endearing, girl manages to push through her grief. Her journey to find a fascinatingly diverse and believable surrogate family is a joy and a revelation to read.

It begins, as the best superhero stories do, with a tragic accident that has unexpected consequences. The squirrel never saw the vacuum cleaner coming, but self-described cynic Flora Belle Buckman, who has read every issue of the comic book Terrible Things Can Happen to You!, is the just the right person to step in and save him. What neither can predict is that Ulysses (the squirrel) has been born anew, with powers of strength, flight, and misspelled poetry — and that Flora will be changed too, as she discovers the possibility of hope and the promise of a capacious heart. From #1 New York Times best-selling author Kate DiCamillo comes a laugh-out-loud story filled with eccentric, endearing characters and featuring an exciting new format — a novel interspersed with comic-style graphic sequences and full-page illustrations, all rendered in black-and-white by up-and-coming artist K. G. Campbell.

One night a plane appeared out of nowhere, the only passengers aboard: thirty-six babies. As soon as they were taken off the plane, it vanished. Now, thirteen years later, two of those children are receiving sinister messages, and they begin to investigate their past. Their quest to discover where they really came from leads them to a conspiracy that reaches from the far past to the distant future—and will take them hurtling through time. In this exciting new series, bestselling author Margaret Peterson Haddix brings an element of suspense that will keep readers on the edge of their seats.]

In this first book in a remarkable trilogy, an orphan is forced into a twisted game with deadly stakes.
Choose to lie...or choose to die.
In a discontent kingdom, civil war is brewing. To unify the divided people, Conner, a nobleman of the court, devises a cunning plan to find an impersonator of the king's long-lost son and install him as a puppet prince. Four orphans are recruited to compete for the role, including a defiant boy named Sage. Sage knows that Conner's motives are more than questionable, yet his life balances on a sword's point -- he must be chosen to play the prince or he will certainly be killed. But Sage's rivals have their own agendas as well. As Sage moves from a rundown orphanage to Conner's sumptuous palace, layer upon layer of treachery and deceit unfold, until finally, a truth is revealed that, in the end, may very well prove more dangerous than all of the lies taken together. An extraordinary adventure filled with danger and action, lies and deadly truths that will have readers clinging to the edge of their seats.

Do you need something? Mac can get it for you. He and his best friend and business manager, Vince. Their methods might sometimes run afoul of the law, or at least the school code of conduct, but if you have a problem, if no one else can help, and if you can pay him, Mac is on your side. His office is located in the East Wing boy's bathroom, fourth stall from the high window. And business is booming. Or at least it was, until this particular Monday. Because this Monday is when Mac and Vince find out that the trouble with solving everyone else's problems is there's no one left to solve yours. The school setting; fast-paced, cinematic, and funny story; and engaging voice make The Fourth Stall a perfect classroom read.

As twelve-year-old Marlee starts middle school in 1958 Little Rock, it feels like her whole world is falling apart. Until she meets Liz, the new girl at school. Liz is everything Marlee wishes she could be: she's brave, brash and always knows the right thing to say. But when Liz leaves school without even a good-bye, the rumor is that Liz was caught passing for white. Marlee decides that doesn't matter. She just wants her friend back. And to stay friends, Marlee and Liz are even willing to take on segregation and the dangers their friendship could bring to both their families.

The story tells about a young dragon without heroic ambitions, learns that a prophecy predicted his four other dragonets demise. He decides to leave his sheltered life and fight for his and the other dragons’ freedom. In this fantastic adventure, Clay and his friends leave the mountain and set the dragon world on a course that one could have predicted.

Here are the available titles:

6thgrade: The Lions of Little Rock

For Darkness Shows the Stars

Click the link below to get school reminders via text.

Please Check Lost and Found for Your Child's Missing Items! Any items left at the end of the school year will be DONATED!

Language Arts- This week in Language Arts we will be working on our End Of Year Writing Assessment. When we have finished that we will finish up our 20th Century project. I can’t believe the year is coming to a close. I will be sending home the 6th grade reading list so you can get a head start on reading for next year. Have a great week and remember Friday is Field Day!!

Math- We are continuing our study of algebraic reasoning. This week we will deepen our understanding of equivalence as we use it to solve for unknowns. We will continue to utilize the open number line as a tool for thinking about the problems. You would be very impressed by the highly polished problem solving strategies demonstrated by our 5th graders! It is pretty amazing!

Science- In science this week, we are starting our Farewell 5th Grade Projects. It includes a reflective essay about how they have grown as 5th grade scientists and a project of choice over what they believe to be their strongest standard. 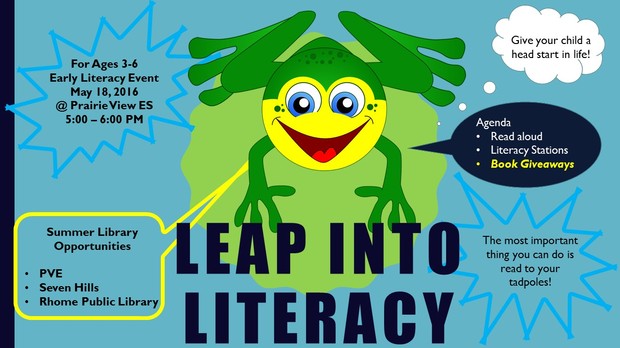 Beginning April 18, Enrollment Online will be available for students new to Northwest ISD and students returning to the school district. In order to access the online registration feature, parents of students currently enrolled in the district must have a Home Access Center (HAC) account. Access to the HAC requires an internet connection and a confidential username and password issued to the parent by the school. If you are unsure of your HAC login, contact your child’s campus. There will be an Enrollment Online help desk (817-698-1099) available at the NISD Administration Building from 8 a.m. to 5 p.m. starting April 18. If you have questions or need assistance, please call the help desk or your child’s campus. For more information and to enroll, go to www.nisdtx.org/enrollment.

Night of No Limits

Please dress your child in their best!
Get Directions 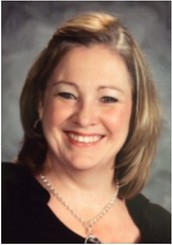 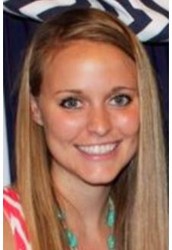 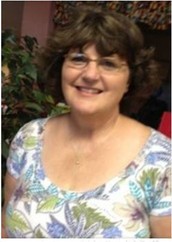 Sunni is using Smore newsletters to spread the word online.