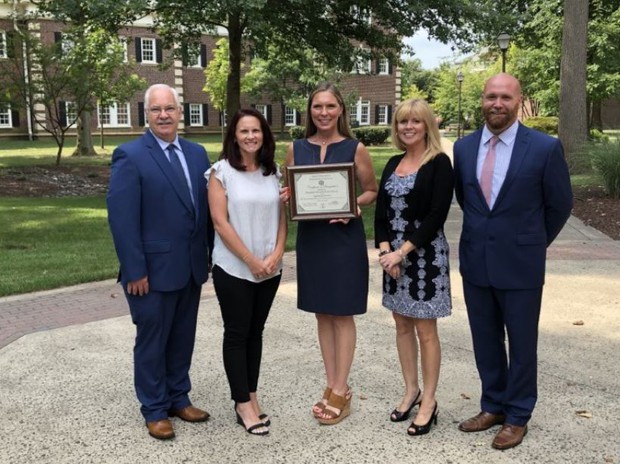 On July 31, 2019, the New Jersey Department of Education (NJDOE) announced that Waterford Township School District is one of 11 school districts that have earned the designation of Lighthouse District for substantial improvement in academic achievement. The 11 Lighthouse award winners were announced at the NJDOE’s statewide “Equity for All” conference at The College of New Jersey in Ewing, New Jersey.

Lighthouse award winners are recognized for having demonstrated measurable progress across diverse groups of learners while using multiple measures to provide individualized support to students and school communities. The NJDOE evaluated four years of district and school-level data to identify districts with the greatest academic improvement. “The Waterford Township School District is proud of our efforts leading up to our designation as a Lighthouse District by the New Jersey Department of Education. We are highly focused on providing all students with the supports needed to improve educational outcomes in English language arts (ELA) and mathematics," said Dr. Brenda Harring, Superintendent of Waterford Township School District.

The NJDOE launched the Lighthouse District initiative two years ago as a result of conversations with educators, families and students who felt there should be a greater focus on growth rather than just proficiency. "Our educators continually monitor student progress by keeping a close eye on student performance data. However, we also know that social and emotional skills play a critical role in the development of the whole child," added Dr. Harring. Recently, the district adopted two new programs that promote health and social-emotional well-being.

The Waterford Township School District is committed to providing increased access to early childhood education. We attribute the recent success to the intentional efforts made to increase family engagement through monthly parent interaction meetings, family literacy and math nights and the annual Mystery Reader program. "The board is very proud of the improvement that the school district has made over the last three years. We feel a good school system is one of the most important things in our community," said Bill Wilhelm, President of Waterford Township School District's Board of Education.

Lighthouse districts are representative of New Jersey’s diverse student body, including size of the district and region of the state. During the award term from July 2019 to July 2021, Waterford Township School District employees will have the opportunity to participate in professional learning and networking opportunities between Lighthouse districts and other districts, take part in diversity and inclusion training, and provide insight to the NJDOE through policy discussions.