The Stories and the Reactions to Aquin's Prom

The Stories and the Reactions to Aquin's Prom

MANY, MANY THANKS TO NBC NEWS UNIVERSAL AND NBC-WREX . . .

AND EVERYONE ELSE WHO HAS CONTRIBUTED ALONG THE WAY SINCE 1927.

MAY GOD BLESS YOU ALL!

Just saw a story on MSNBC about your school picking prom dates with a lottery, I congratulate all of the students over the years for keeping this wonderful tradition alive! Fabulous!

I hope it continues forever.
Thank you for boosting my faith in the young.

Still haven't come back down to earth. Lester Holt ending his nightly TV newscast with the Aquin Prom story. Nearly fell out of my chair.
Cheers to WREX-TV for demonstrating such good news coverage judgment.

I just watched the NBC Chicago report on Aquin's unique approach to choosing prom dates. You make me proud to be a Catholic. God bless your students and school community.

So when you go to THE LITTLE SCHOOL THAT DOES.... you wind up on NBC nightly news with Lester Holt! You see... sometimes there is ABSOLUTELY nothing wrong with TRADITION!!!
#WeAre.... #AQUIN!!!!!

If you missed the broadcast, don't worry. NBC Nightly News posts each broadcast in its entirety. Lester Holt introduces the segment at 17:28 in the broadcast.

Click here for the complete broadcast (and then go to 17:28 for the intro by Lester). 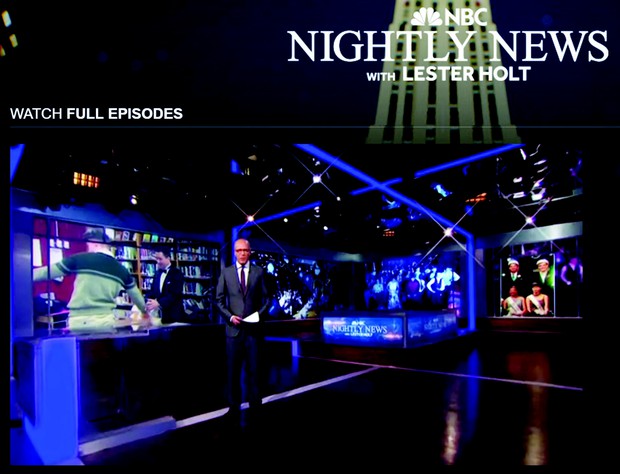 Watch the WREX 'Story Behind the Story'

Another story that aired again last night before the 'NBC Nightly News' was the feature done by our local WREX crew. They were also at Aquin when Kevin Tibbles and crew were here. Their report focused on the 'how and why' of the 'Inspiring America' piece came to be. 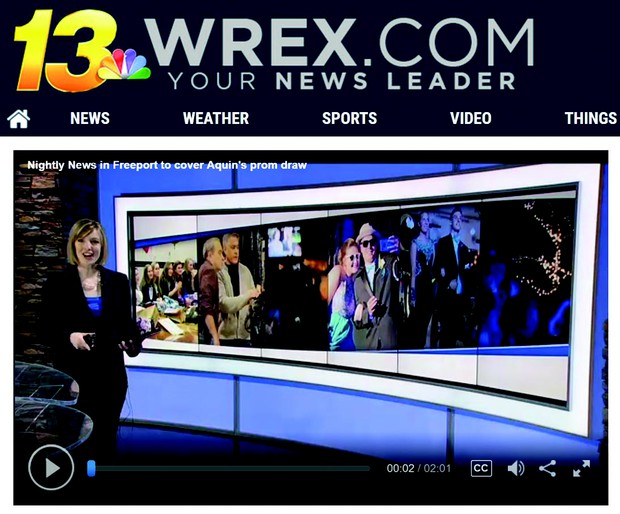