SUHSD is using Smore newsletters to spread the word online.

Get email updates from SUHSD:

What it is like? Imagine combining the action of a major sporting event such as football and the rhythm of a rock and roll concert, but with a STEAM twist. This is a whole family friendly event.

This is a three day event starting on March 3, 2016. Event AGENDA Highlights: 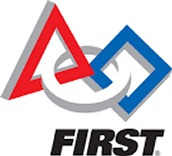 FIRST = For Inspiration and Recognition in Science & Technology

More info about FIRST at: http://www.firstinspires.org/

The excitement of sport, the rigors of science

Under strict rules, limited resources, and the guidance of volunteer mentors including engineers, teachers, business professionals, parents, alumni and more, teams of 25+ students have just six weeks to build and program robots to perform challenging tasks against a field of competitors. They must also raise funds, design a team "brand," hone teamwork skills, and perform community outreach. In addition to learning valuable STEM and life skills, participants are eligible to apply for $25+ million in college scholarships.

Watch the 2016 robotics challenge. All teams had only six weeks to work on a robot to participate in "Stronghold".

SUHSD is using Smore newsletters to spread the word online.

Follow SUHSD STEAM Programs
Embed code is for website/blog and not email. To embed your newsletter in a Mass Notification System, click HERE to see how or reach out to support@smore.com
Powered by Smore
Powered by Smore