houston is using Smore newsletters to spread the word online.

Get email updates from houston:

My table shows that she payed $10 for every hour she rented the bike, but she also had to pay an extra $5 more the first time.

The coordinate plane shows that the problem is not proportional because the fractions are not equivialent. 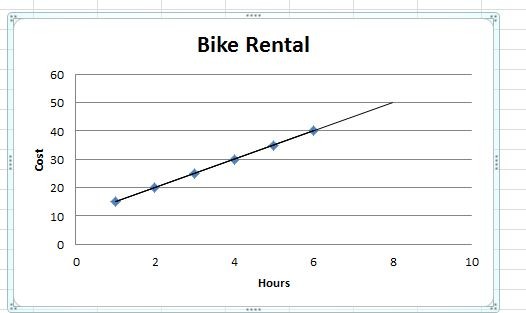 The problem wasn't proportional, because if you put them into fractions... they will not be equivilent.

houston is using Smore newsletters to spread the word online.