The Number One Thing On The Expedition

In my eyes, the tribes were the number one thing on the expedition. The reason I think this is because, first of all, I am part of the Native Americans

The Second Thing On The Expedition

The Third Thing On The Expedition

I think that the forts were the third most important thing on the expedition because they gave us warmth through the winter and they helped up keep our things dry. The forts really helped when it came to looking after my dear son.

Other Important People On The Expedition

Meriwether Lewis was an American explorer, soldier, and public administrator, best known for his role as the leader of the Lewis and Clark Expedition

York was Williams slave, and after they returned home from the expedition, he asked for his freedom and William let him be free

The expedition was also known as the Corps of Discovery, it was commissioned by President Thomas Jefferson, the expedition took 2 years and 4 months. It was to explore and map the newly acquired territory and, by following the Missouri River northwest to see if it was connected or came close enough to the Columbia River, which flowed on to the Pacific Ocean. 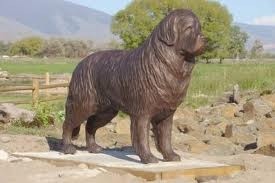 Seaman was Lewis's dog, he went with them on their expedition

Follow Emily Becker
Contact Emily Becker
Embed code is for website/blog and not email. To embed your newsletter in a Mass Notification System, click HERE to see how or reach out to support@smore.com
close