Neil is using Smore newsletters to spread the word online.

Get email updates from Neil:

Cole Matthews is a 15 year old troublemaker who is from Minneapolis, Minnesota. He has done many crimes but his latest was smashing a boy named Peter's head into the sidewalk. His punishment was to get banished to an island for a year. Cole has done many crimes and got away with them, but not this one. During the banishment on the island, Cole changes completely. This is all because of the nature around him. This is shown in Touching Spirit Bear on page 166 it says," As the rock tumbled faster and faster, Cole felt his body growing lighter, and when the rock smashed to a stop, he felt as if he could fly." This shows that the rock made Cole's anger go away.

The spirit bear helped Cole in many ways. It made Cole realize how to be invisible. This helped Cole because Cole did not try to harm animals for sport after that. On page 189 it shows that Cole found out the truth about being invisible. It says, "To be invisible he had to clear his mind. That was the secret." That is why the spirit bear only came near Cole when he was rolling the ancestors rock.

The pond taught Cole how to calm down and relax. When Cole went to the pond on his own the first time, and he did what Edwin did, he finally felt truly relaxed. On page 164 it says how Cole finally figured out what it meant to finish his soak. This is shown when it says, "When Cole finally left the pond, it was not because he had gotten too cold or impatient, but because he had finished his soak." 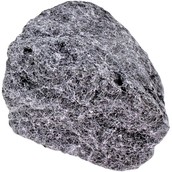 Neil is using Smore newsletters to spread the word online.