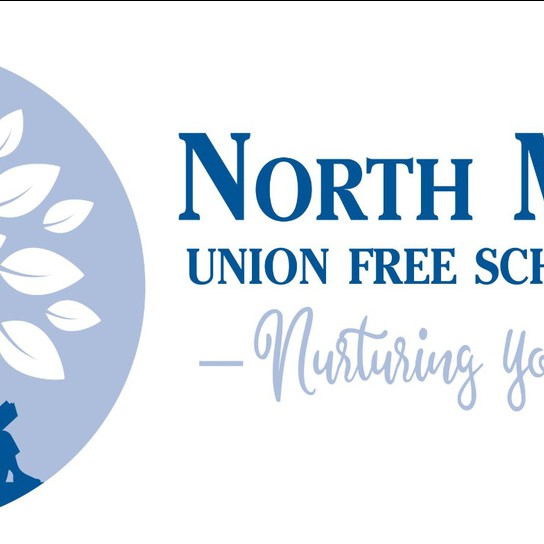 Get email updates from Public: 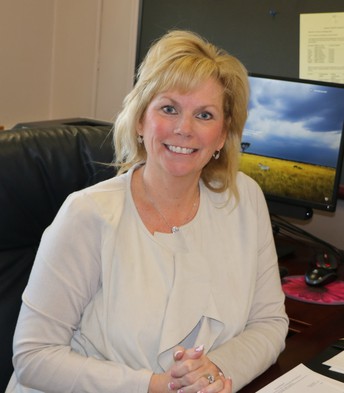 Dr. Cynthia Seniuk is one of 14 school superintendents from across the nation to be selected for the Superintendents to Watch Award, sponsored by the National School Public Relations Association (NSPRA). The award honors dynamic leadership with an emphasis on technology and communication. Dr. Seniuk has been instrumental in creating a forward-thinking vision for the North Merrick Schools through a three-year strategic plan to integrate technology and communication within the district schools.

Theatre Arts spread sunshine throughout the community with the spring production of Annie Jr. at the Brookside Auditorium. The play showcased sixth graders from the three district schools with students participating in the cast and chorus as well as on the stage and art crews. Directed by Joyce Kelley with musical direction by Gail Appel, the program is now in its 21st year and pulled out all the stops with spectacular scenery and costumes - as well as a real dog in the role of Sandy. The production starred Emerson Hope as Annie, Noah Kitatani as Daddy Warbucks, Madeline McMahon as Miss Harrington, Alex Birdie as Rooster, Camryn Zubiria as Grace, and Scarlett Frisone as Lily. 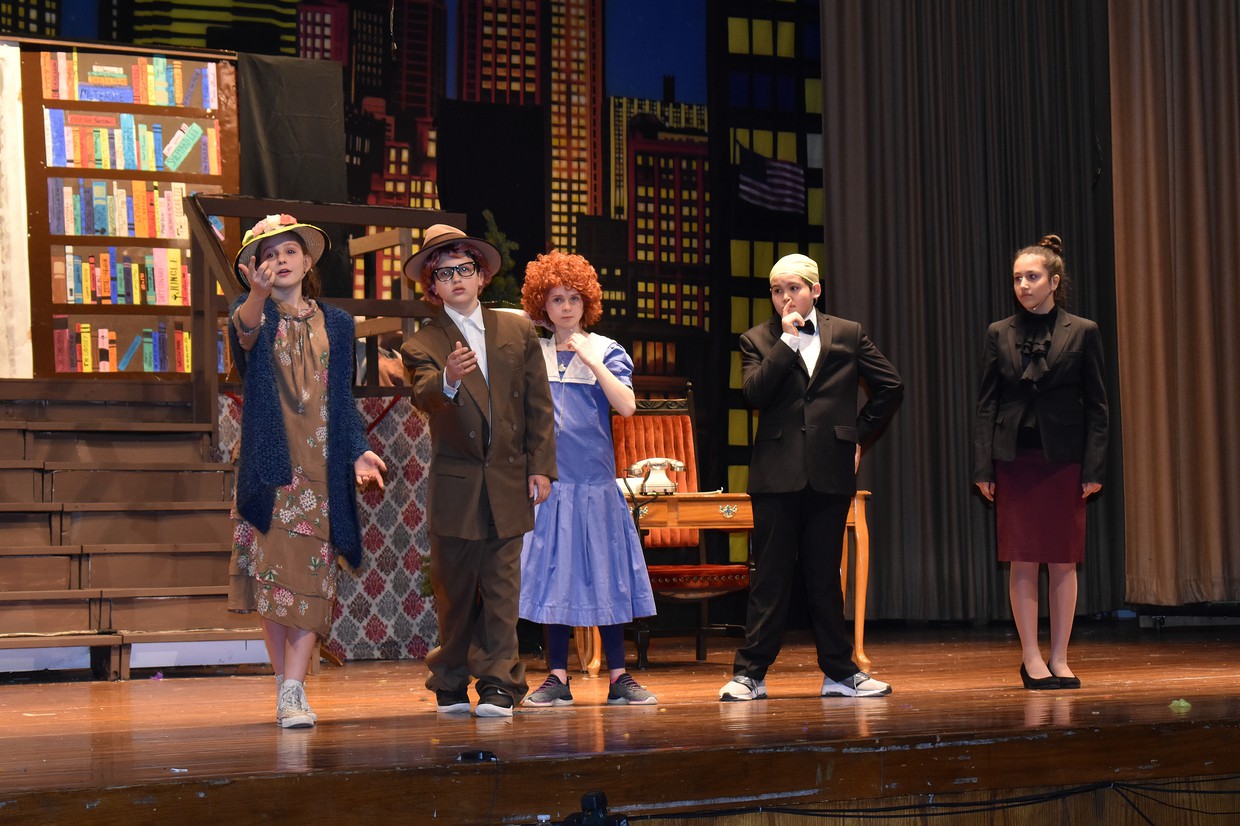 North Merrick Schools, in partnership with Northwell Health, hosted the second Parent University of the school year on March 4 with the theme of creativity and wellness. Students and their families participated in hands-on workshops that took place in the Harold D. Fayette School. Families learned about nutritious meals and music therapy, created vibrant stormy night paintings and original origami designs, and joined in on relaxing yoga poses and stretching exercises. The General Purpose Room held a wide variety of activities such as crafting chakra bracelets and eye pillows. Special thanks goes to the North Merrick faculty and staff for their dedicated time and innovative ideas that made this Parent University a zen experience for everyone! 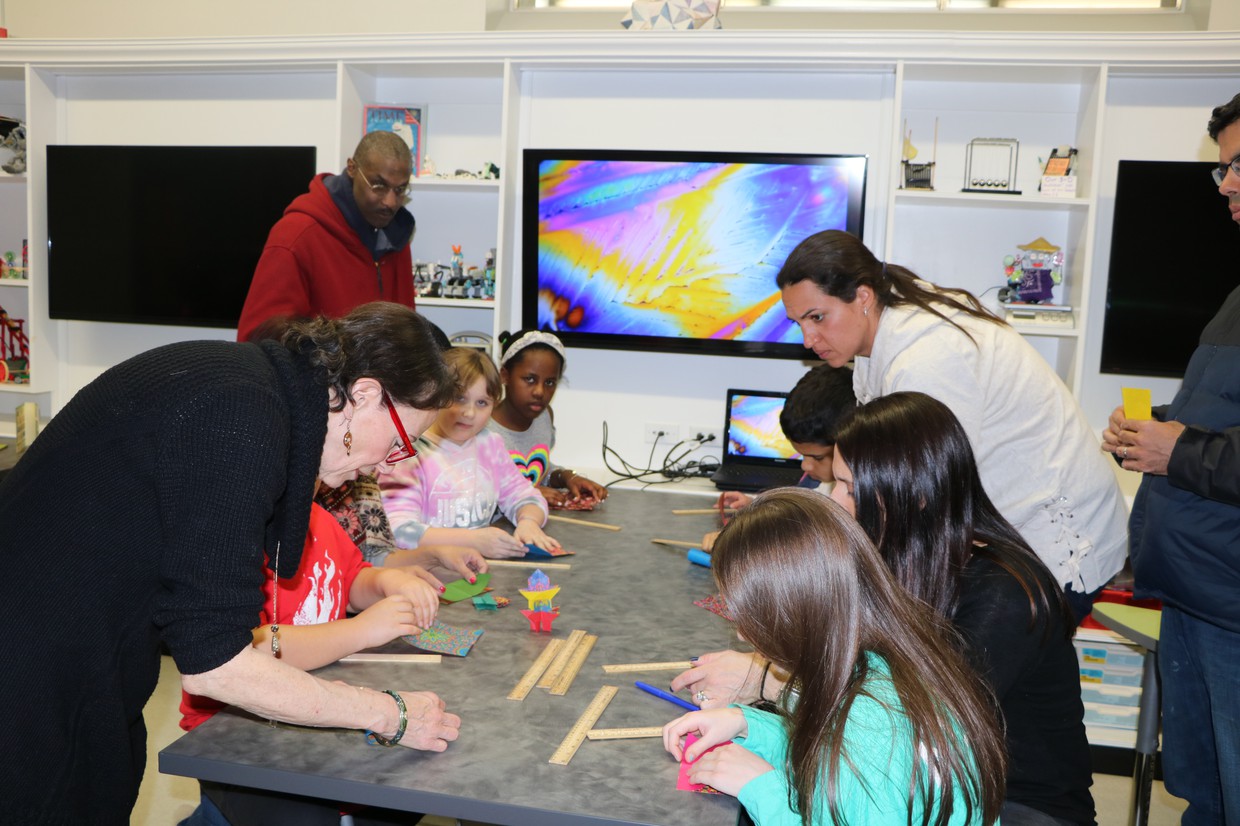 Thirty-one sixth grade girls from the North Merrick School District were invited to attend "A Salute to Women in STEM" hosted by the Cradle of Aviation Museum on March 11. The North Merrick students joined middle and high schoolers from throughout Long Island. They engaged with a panel of extraordinary women who have worked in the science, technology, engineering or math fields (STEM) including Dr. Sharon DeVivo, President of Vaughn College (far left in the photo) and retired astronaut Nicole Stott (center). Old Mill Road teacher Christina Moser, who accompanied the students (far right) said, "The panel members inspired the girls to seek out STEM positions without reservation." 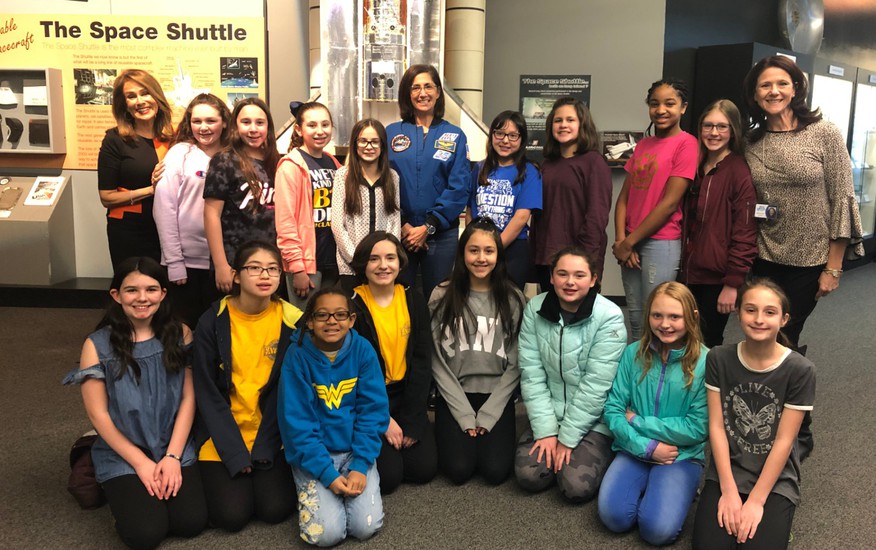 The North Merrick schools celebrated International Happiness Day on March 20 and during the entire week with themed dress days, sing-alongs, educational activities, and positive messages. The idea was first brought to Old Mill Road School three years ago by student Danielle Gordon and her mom, Board of Education trustee Michelle Gordon. It has since caught on at all three schools, with North Merrick students in every grade helping to spread kindness. One sixth grader at each school was awarded the Prism Award for demonstrating outstanding character: Samantha Chaiken at Camp, Emily Gurzowski at Fayette, and Mary McDonald at Old Mill. As an added surprise, former American Idol finalist and fellow Merokian Robbie Rosen stopped by Camp to sing happy songs with the students. 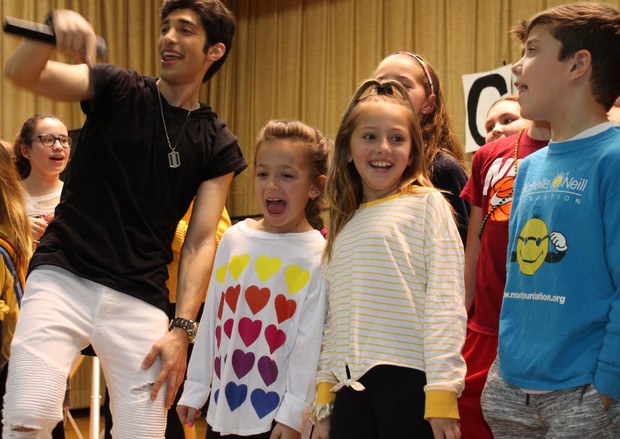 The Second Annual Field of Flags is sponsored this year by the Camp Avenue Student Council with proceeds donated to the Wounded Warrior Project. Camp Avenue Student Council will lead the ground-breaking ceremony to fly the flags on the H.D. Fayette lawn on May 16 at 3:15 p.m. They will be assisted by the American Legion Post 1282 and local Boy Scouts and Girl Scouts. Following the Field of Flags, students will cap the International Happiness activities with an International Happiness Walk down Merrick Avenue at 4 p.m. Donations for the walk will support good-deeds programming by the Loukoumi Make-a-Difference Foundation. Hope to see you there!
Get Directions