Falling Off the Comedy Ladder

Falling Off the Comedy Ladder 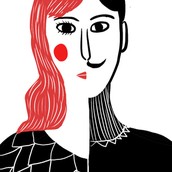 12th Night one of Shakespeare's many comedies. 12th Night is the story of a girl, Viola, whose ship crashes and washes ashore. She quickly learns that to find work she must disguise herself as a man to find work.
Trailer: Twelfth Night or what you will

Farce comedy can be seen through, the characters reactions to their situations. In Much Ado About Nothing and 12th Night through the actions of Beatrice and Sir Benedick when the rest of the gentlemen and ladies try to make them get together. In 12th Night this is present when Olivia had to be disguised as a man and the expierences she has in disguise.